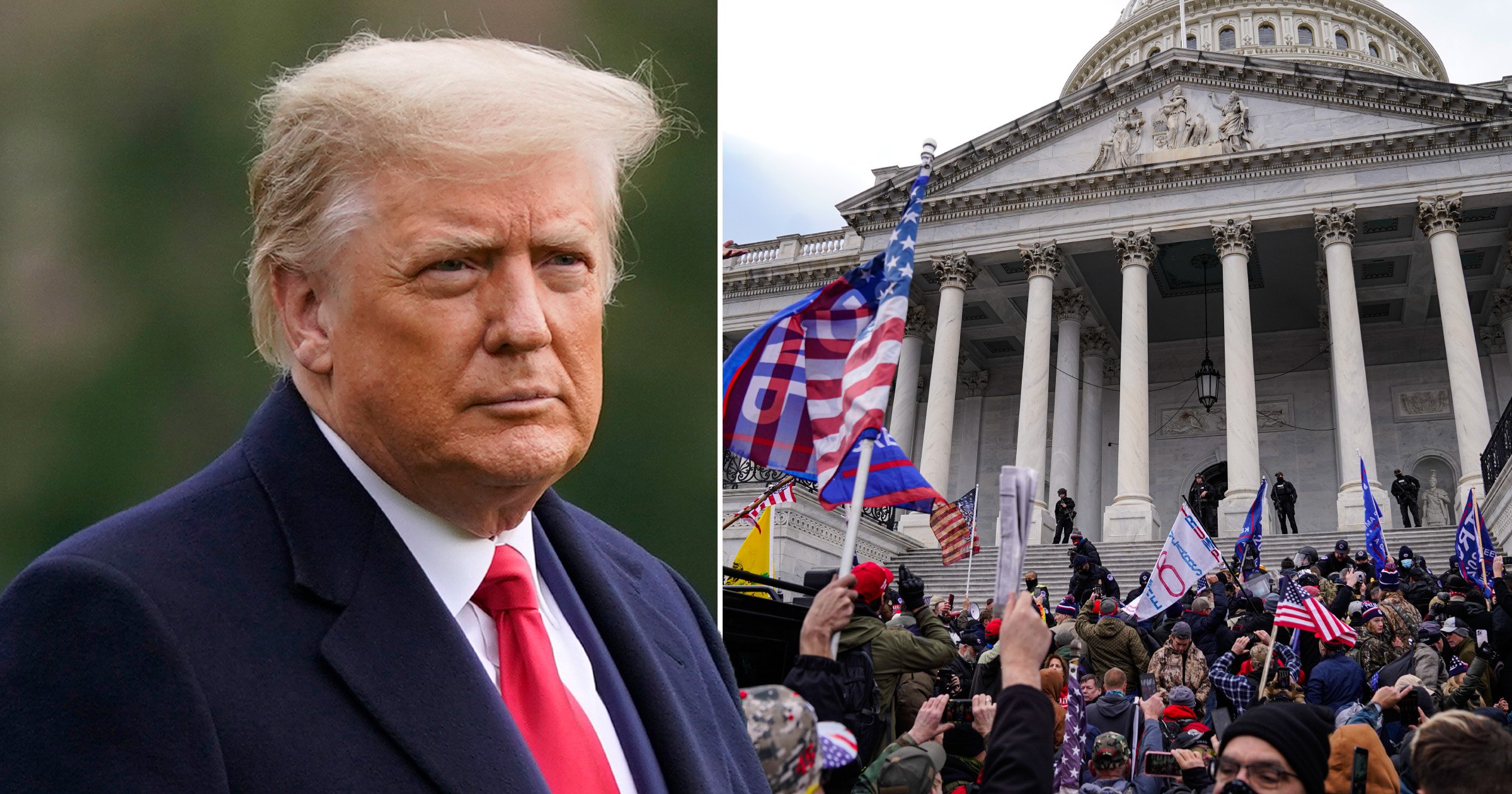 Donald Trump’s impeachment lawyers say his pre-riot speech is protected by the same free speech laws that let his rivals joke about hurting or killing him.

Michael van der Veen shared two clips as he began Trump’s defense on Friday, which he claims demonstrate the same kind of incitement to violence the ex-president is accused of from rival politicians and anti-Trump celebrities.

It included a segment where Biden told supporters before his election: ‘If we were in high school I’d take (Trump) behind the gym and beat the hell out of him.’

House of Representatives Speaker Nancy Pelosi, speaking of Trump’s child separation policy, was then shown saying: ‘I just don’t even know why there aren’t uprisings, all over the country, and maybe there will be.’

Also pictured was Massachusetts Representative Ayanna Pressley, who called for ‘unrest in the streets’ last August in response to Trump’s Covid policy failures.

And New Jersey Senator Cory Booker was filmed saying: ‘I feel like punching him.’

It also included anti-Trump remarks made by Ellen DeGeneres and Madonna, with the pop singer shown sharing her fantasies of ‘blowing up the White House’ shortly after Trump’s inauguration in 2017.

Van der Veen and his colleagues say all those remarks were legally permitted under the First Amendment right to free speech.

They argue that Trump’s call to action hours before the deadly riots are afforded the same protection, and that he should be cleared.

Van der Veen even claimed Trump was more entitled to protection from the First Amendment than other Americans, saying: ‘Mr Trump actually has enhanced free speech rights because he is an elected official.’

He claimed that ‘lawful and constitutional conduct’ such as Trump’s behavior on January 6 ‘may not be used in an impeachment.’

Van der Veen and his colleagues other defense – that it is unconstitutional to try a former president – has already been rejected by a Senate vote.

They plan to wrap up their defense arguments later on Friday, with a vote on whether to convict or acquit Trump expected early next week.

They allege that Trump knew full-well what would happen after he told his supporters to go to the Capitol, and also cite the president’s apparent lack of remorse afterwards.

He denies a charge of incitement of insurrection, after telling his supporters to descend on the US Capitol while Joe Biden’s election win was being certified last month.

Thousands then stormed the seat of the US government, with five killed in the ensuing chaos.

The Senate has 100 senators, 50 of whom are members of Trump’s Republican party.

At least 67 senators must vote to convict Trump for him to be found guilty, with analysts saying it is unlikely that many Republicans will turn on their former president.

If he is cleared, Trump will be free to run for office again in 2024.