At least 10 bodies have been found in an unmarked mass grave during a search for victims of the 1921 race massacre in Tulsa.

The attack on Tulsa’s Black Wall Street by a white mob claimed the lives of 300 people and wounded another 800, most of whom were black.

Businesses, homes and churches were also robbed and destroyed. 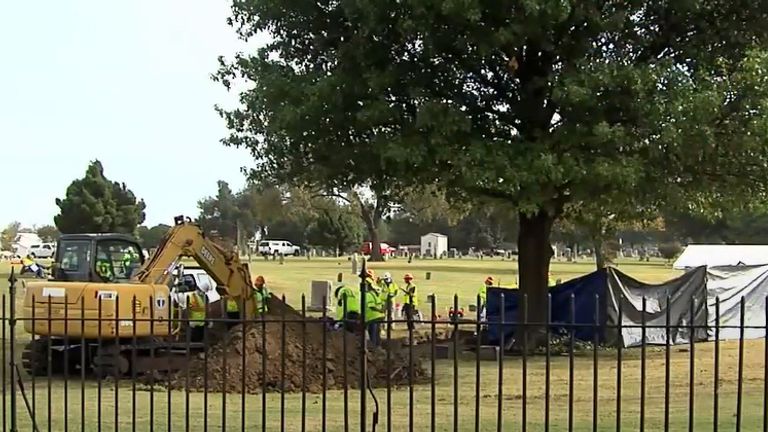 The discovery of 10 coffins was described as significant by the city’s mayor, GT Bynum, who budgeted $100,000 to find victims after previous searches had failed.

“What we do know as of today is that there is a mass grave in Oaklawn cemetery where we have no record of anyone being buried,” he said.

The identities of those buried and the cause of their death is still unknown.

University of Florida forensic anthropologist Phoebe Stubblefield, a descendant of a massacre survivor who is assisting in the search, said “we will need considerable time to investigate them” because the “non-dental structures” of the remains have deteriorated.

Oklahoma state archaeologist Kary Stackelbeck said: “Those skeletal remains are not in great condition. They’re not the worst condition we have seen … but they’re not the best.” 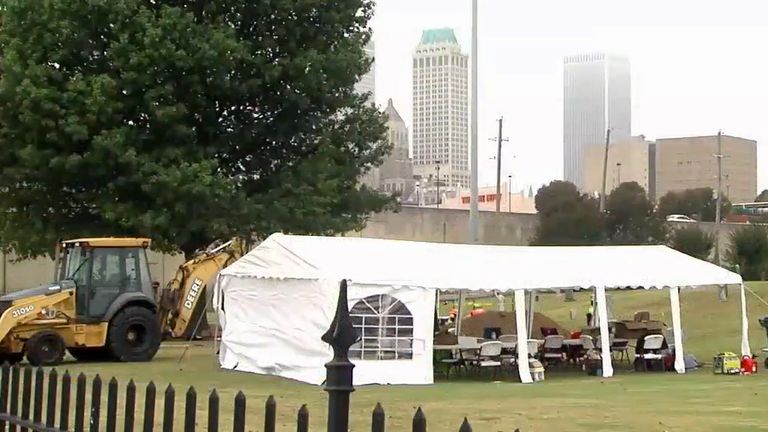 Combined with one set of remains found nearby on Tuesday, there have now been at least 11 bodies discovered.

Ms Stackelbeck said it was too early to confirm whether the remains are victims of the massacre, even though they were found near an area known as the “Original 18”, where funeral home records indicate massacre victims were buried.

There are two headstones in the Original 18 marking the graves of two massacre victims, but the area where the remains were found on Wednesday is unmarked.

“We have not yet made our assessment to say that these do actually represent the massacre victims,” she said.

“Whether they are associated with the same event or the same time period of burial is something that we are still in the process of assessing.”

The latest search at Oaklawn began on Monday, following the excavation of another part of the cemetery that ended in July without any significant discoveries.

The massacre received renewed attention after Donald Trump selected Tulsa as the location for a June rally amid protests over police brutality and racial violence.

The US president moved the date to avoid coinciding with a Juneteenth celebration in the Greenwood District commemorating the end of slavery.

The violent event has also been depicted in recent HBO shows Watchmen and Lovecraft Country.