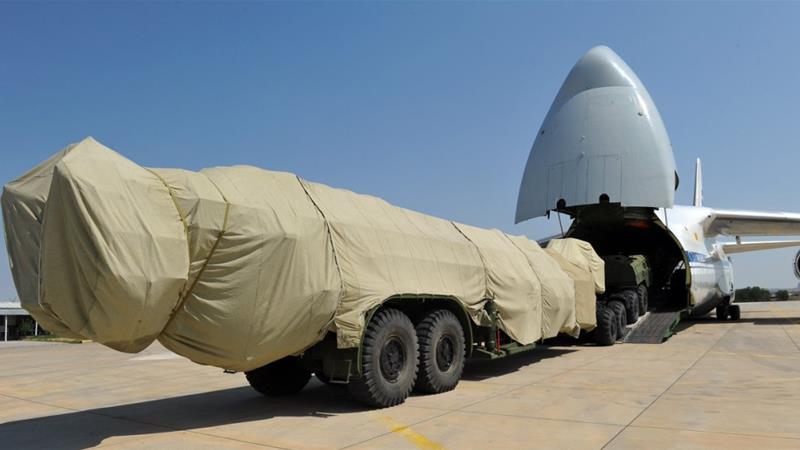 The delivery of a second battery of Russian S-400 missiles to Turkey was completed on Sunday with the controversial defence system expected to become fully active in April 2020.

Efforts to mount the missile system and train military personnel to use it were continuing, a Turkish defence ministry statement said.

The first S-400 equipment was delivered to Ankara in July despite warnings about possible United States sanctions over the purchase.

Ankara and Washington have been at odds over Turkey’s purchase of the S-400 system, which the US says is not compatible with NATO defences and poses a threat to its F-35 stealth fighter jets.

Turkish Foreign Minister Mevlut Cavusoglu told CNN Turk television on Saturday the S-400s would be activated despite repeated US warnings.

“They [US officials] told us ‘don’t activate them and we can sort this out’, but we told them that we didn’t buy these systems as a prop,” Cavusoglu said, adding Turkey would be open to buying US Patriot missile systems as well.

Turkish President Recep Tayyip Erdogan told Reuters news agency last week he intended to discuss buying Patriot missiles with US President Donald Trump this month, saying his personal bond with the US leader could overcome the crisis caused by the S-400s.

Ties between Ankara and Washington have been strained over a host of issues, including conflicting strategies with the war in Syria and the Trump administration’s approach towards Iran.

However, the dispute over the Russian defence system has brought the NATO allies to the brink of one of their biggest ruptures in ties.

Washington tried for months to prevent Turkey’s acquisition of the S-400 – which can hit targets 400km away.

In July, the US started removing Turkey from its F-35 programme after Ankara started receiving the missiles.

Amid the standoff, Erdogan suggested last month Turkey might buy Russia-made Su-35 and Su-57 fighter jets instead of the F-35s.

Trump has repeatedly said Turkey was treated unfairly over its plan to buy the American missile defence system, and blamed the “mess” on the administration of former President Barack Obama.

But the US leader has not ruled out imposing sanctions on Ankara over the issue.

Any sanctions could hamper Erdogan’s efforts to boost activity in Turkey’s faltering economy, which sank into recession last year.