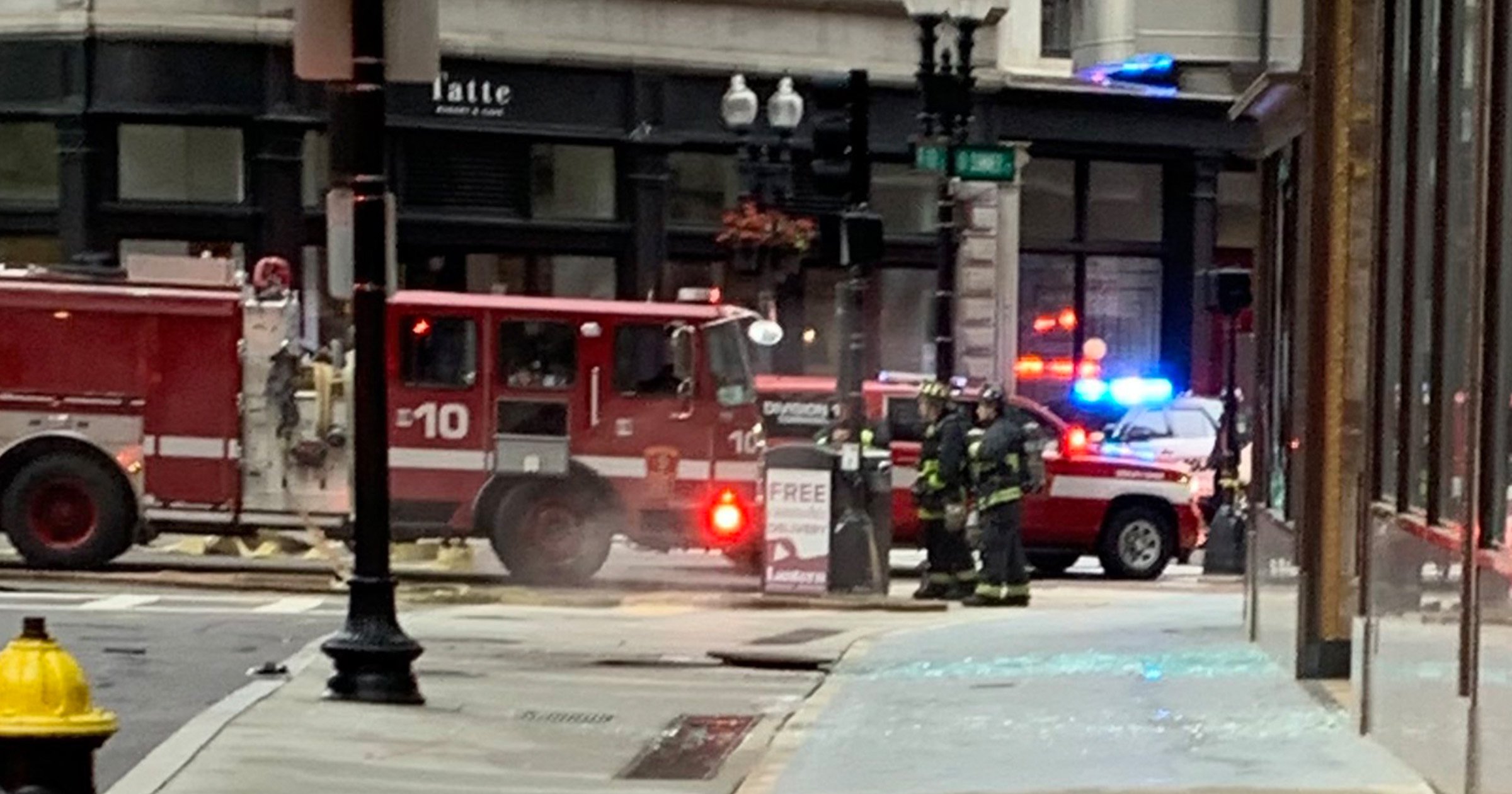 A woman has been rushed to hospital with steam burns after two manholes exploded in downtown Boston.

The blasts shattered windows, sent smoke pouring into the street and led to two buildings being evacuated.

The explosions were reported at about 8:30 am near the High Street and Federal Street area in the city’s Financial District.

The cause of the blasts is currently unknown but deputy fire chief Brian Tully told a news conference there ‘may have been an overpressure situation’.

The Boston Fire Department said in a tweet that two buildings were evacuated and one person was taken to a hospital by emergency medical services.

Following the explosions, the fire department has checked buildings in the area for smoke and elevated levels of carbon monoxide.

Electric utility Eversource also responded to assist with the investigation, William Hinkle, a spokesperson for the energy provider said.

No utility crews were working in the area at the time, and no customers lost power, he said.

Two ramps from Interstate 93 in the area were closed, according to the state Transportation Department, and some surface streets were also closed.

Get in touch with our news team by emailing us at [email protected]co.uk.