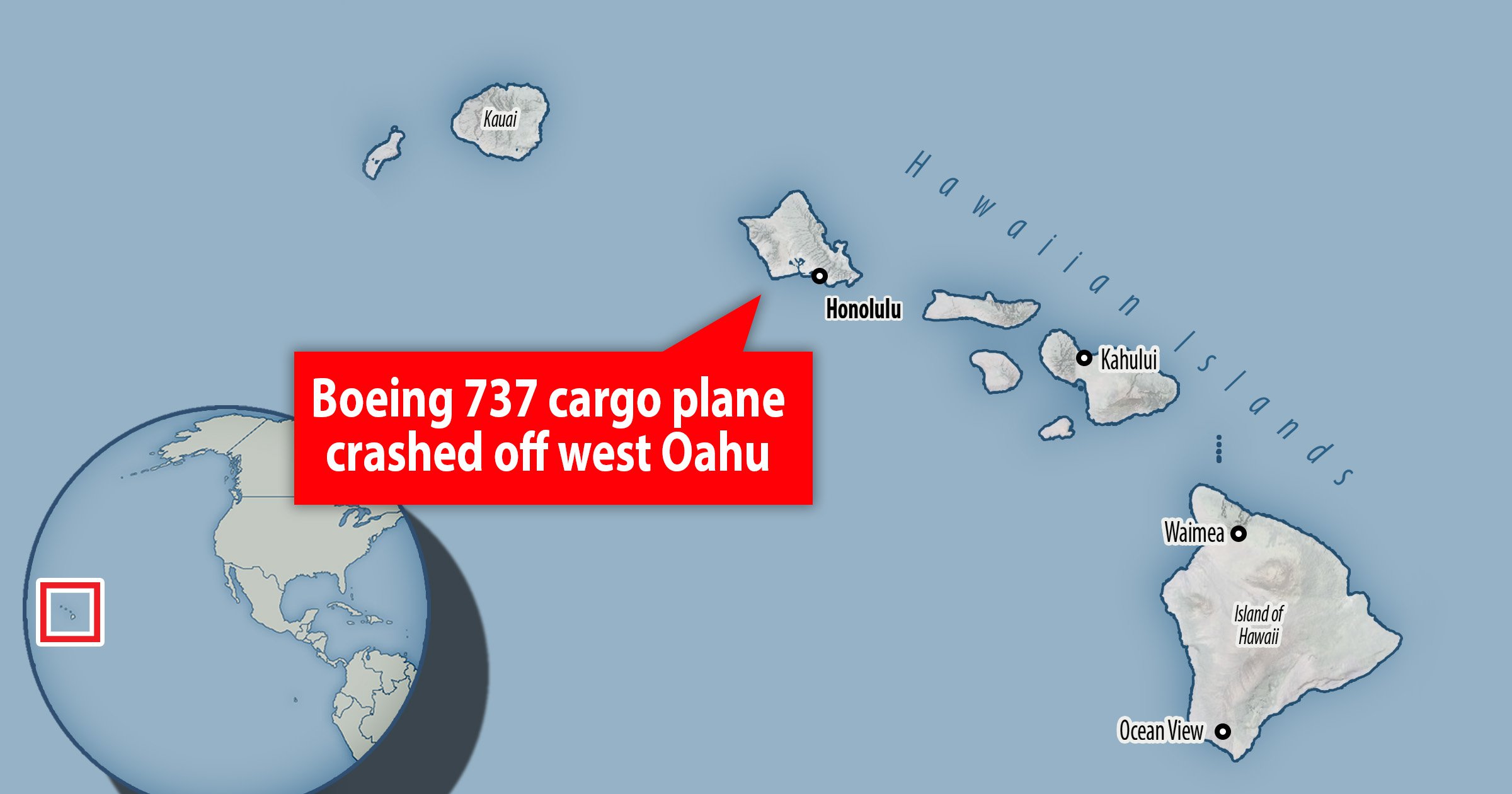 Two people have been rescued from the water alive after the Boeing 737 cargo plane they were traveling in crashed into the sea off the coast of Hawaii.

The plane went down off west Oahu, Honolulu, at around 2am local time after experiencing engine troubles.

ABC News’ Alex Stone tweeted that both crew members were alive after the splashdown and are receiving medical attention.

The Department of Transportation said the US Coast Guard airlifted one of the pilots to the Queen’s Medical Center, in Honolulu, while a rescue boat was transporting the other pilot to shore.

According to ABC, the pilot is in intensive care and is critically injured.

The Transair Flight 810 departed from the Daniel K. Inouye International Airport in Honolulu and was heading to Kahului, Maui, when it became unable to maintain its altitude due to unknown engine problems, reports Hawaii News Now.

‘The pilots had reported engine trouble and were attempting to return to Honolulu when they were forced to land the aircraft in the water’, the Federal Aviation Administration has said.

‘The FAA and National Transportation Safety Board will investigate.’

Flight tracking website Flightradar24 said on Twitter that it was a 737-200 cargo jet operated by the carrier Transair by Rhoades Aviation. It was built in 1975, the site said.

This aircraft is not the same as a Boeing 737 Max, the aircraft temporarily grounded by authorities after two fatal passenger airline crashes in 2018 and 2019 respectively.

This is a developing story, keep checking for more updates.