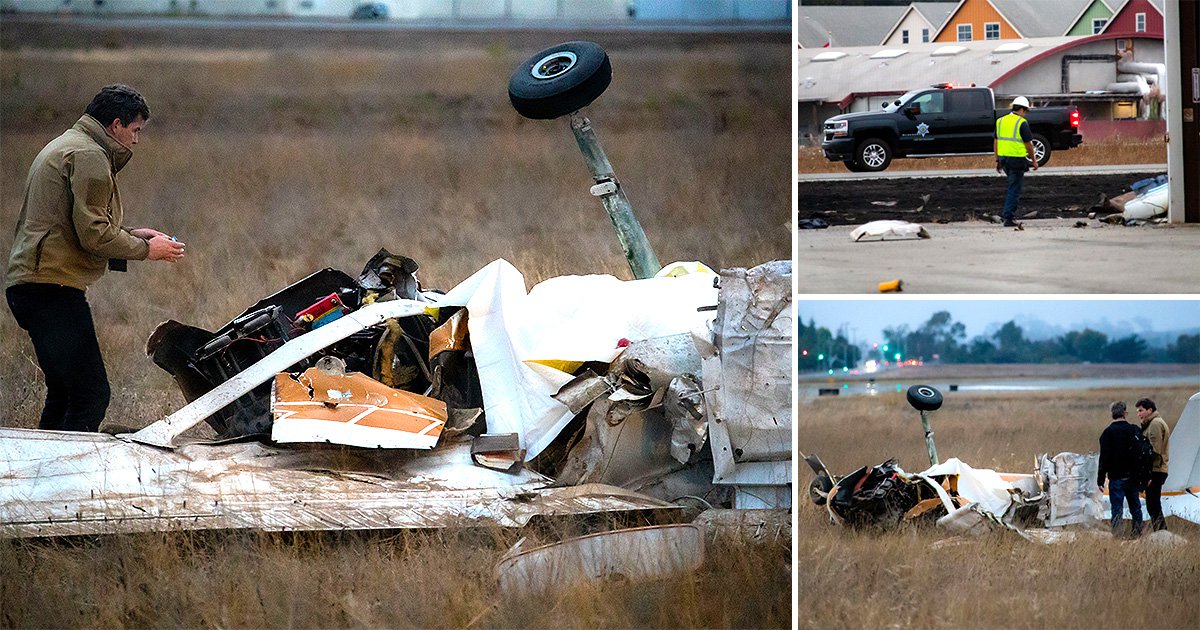 Three people and a dog were killed when two small planes crashed into each other in rural central California.

‘Our hearts are with these families during this tragic time,’ the sheriff’s office stated.

Kruppa and Plett-Kruppa were from Winton, while Camenson was from Santa Cruz.

Authorities have not officially determined who was flying in which plane.

Camenson graduated from UC Santa Cruz and worked at the school’s IT department. He was flying solo that day in a Cessna 152 and practicing touch-and-go landings during the collision, KSBW reported.

Kruppa was a member of a four-generation farming family in California’s Merced County. Witnesses of the deadly crash noted that Kruppa may have been coming in too fast for his landing.

He was registered to pilot both single and multiengine planes and had been flying since at least 2005, according to public records from the Federal Aviation Administration (FAA). He last renewed his license in May 2022.

Kruppa was reportedly flying with his wife Nannette and a dog in a Cessna 340.

The National Transportation Safety Board (NTSB) confirmed that it was investigating the crash. They are expected to file a preliminary report into the circumstances in two weeks.

‘We have what appears to be one aircraft operating in a traffic pattern and one aircraft coming into the airport to land,’ said NTSB investigator Fabian Salazar.

Watsonville Municipal Airport has four runways and accounts for 40% of all air traffic in the Monterey Bay area, according to its website. It primarily services agri-business in the region and does not operate a control tower to direct aircraft to land and take off.