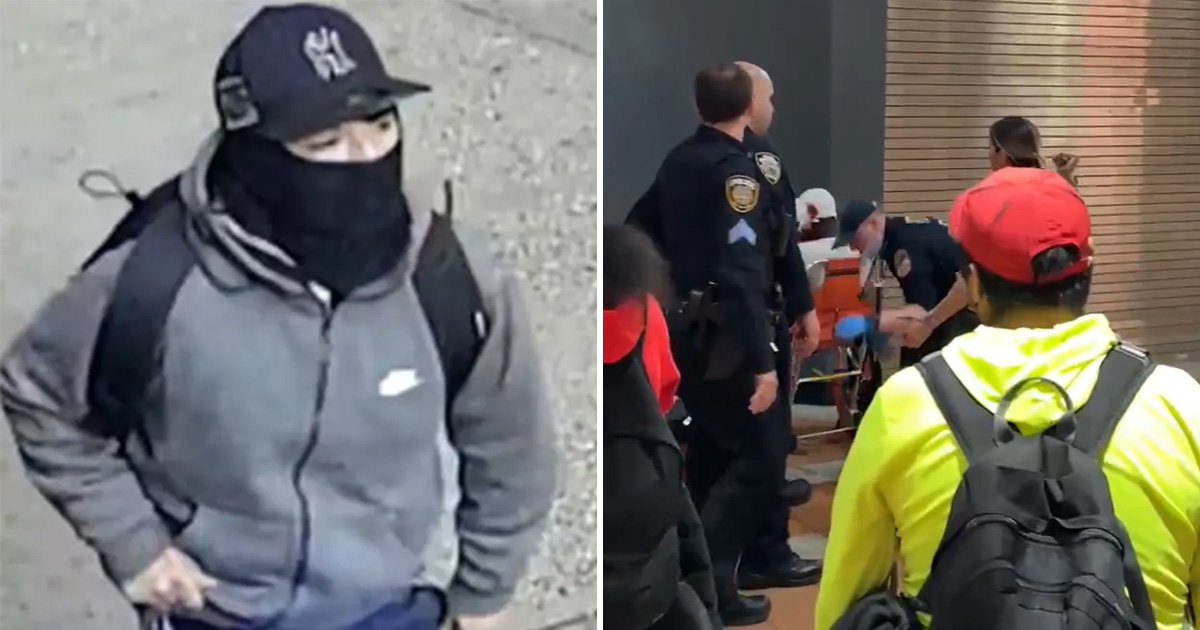 Two teenage boys were stabbed in separate New York City subway stations and a teenage girl was shot outside a transportation hub, just a day after the Brooklyn subway mass shooting.

A 16-year-old boy was knifed in his arm while riding a 3 train at the Sutter Avenue-Rutland Road station in Brownsville, Brooklyn, shortly after 8am on Wednesday, police said. He was taken in stable condition to Brookdale Hospital.

The suspect fled the scene and remained at large as of Thursday morning, according to the New York Post.

About a half-hour later, a 14-year-old boy was stabbed on the 90 Street-Elmhurst Avenue station platform in Jackson Heights, Queens, cops said. The suspect approached the teen as he exited a southbound 7 train and used a sharp object to stab him in the abdomen. The boy was transported in stable condition to Elmhurst Hospital.

The suspect fled and was still on the run as of early Thursday, the Post reported.

Then around 5.30pm on Wednesday, a teenage girl was shot near Atlantic Terminal Mall, which houses Brooklyn’s biggest transit hub. She was struck at the intersection of Atlantic and Flatbush avenues, police said.

‘I see people running really fast away,’ a food cart vendor, Mohammed Alam, told the Post. ‘I was scared. It was very scary.’

The details of the shooting were not immediately clear. Cops asked commuters to avoid the area by the transit hub that serves nine subway lines as well as the Long Island Rail Road.

The stabbings and shooting took place a day after alleged gunman Frank James set off a smoke grenade and opened fire in a Manhattan-bound N train approaching a subway station in Sunset Park, Brooklyn. The massacre left 10 people shot and 19 others wounded.

James was arrested in the East Village neighborhood of Manhattan on Wednesday afternoon, after calling police on himself. He faces a federal terrorism charge of targeting a mass transportation system. In his first court appearance on Thursday afternoon, James did not enter a plea. A judge ordered him to be held on a permanent order of detention.