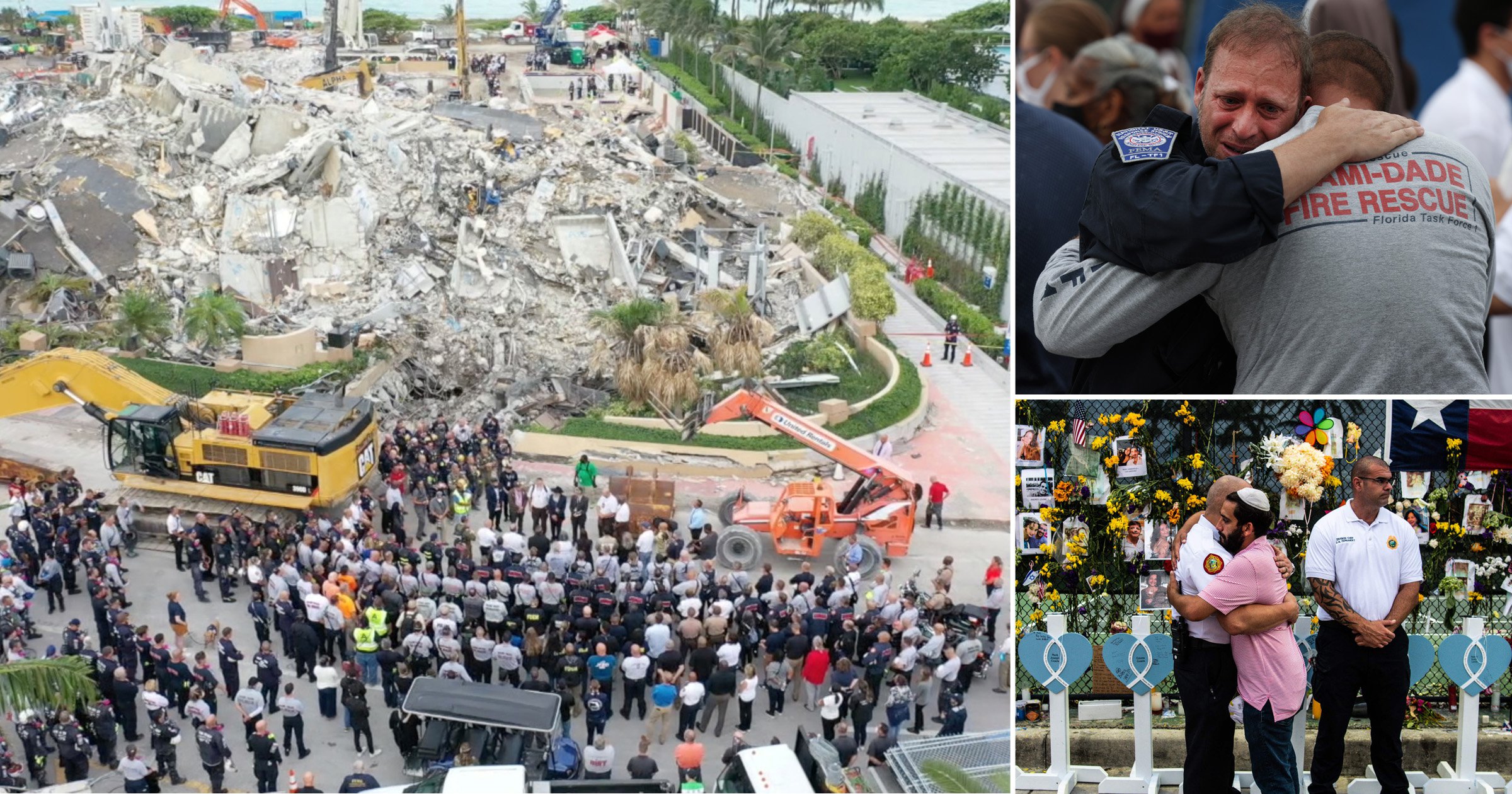 Two weeks after a condo building near Miami partially collapsed as many residents slept, the death toll has reached 60 and 80 people are still missing.

The bodies of six more victims were pulled form the rubble on Thursday, a day after first responders announced the official end of search and rescue efforts for possible survivors. Authorities transitioned to recovery efforts at midnight.

During a press conference on Thursday morning, Miami-Dade County Mayor Daniella Levine Cava said that 80 people are ‘potentially unaccounted for’. The recovery effort is ‘proceeding just as rapidly with just as many people on the pile’ and officials are ‘taking as much care as ever’ to find victims, Cava added.

‘We are working around the clock to recover victims and to bring closure to the families as fast as we possibly can,’ she said.

The 12-story Champlain Towers South partially crumbled around 1.30am on June 24 in Surfside, Florida. It is one of the deadliest building collapses in US history, excluding terrorist attacks and fires.

While authorities broke the grim news to sobbing families, Surfside Mayor Charles Burkett said not all hope was lost.

‘We are still praying for a miracle,’ Burkett said. ‘We haven’t given up all hope.’

Mike Stratton, whose wife Cassondra ‘Cassie’ Stratton has not been found, shared the same sentiment.

‘This wasn’t the miracle we prayed for, but it was not for lack of trying by rescue crews whose tireless bravery will never be forgotten,’ Stratton said. ‘Cass, we love you and are still hoping against hope.’