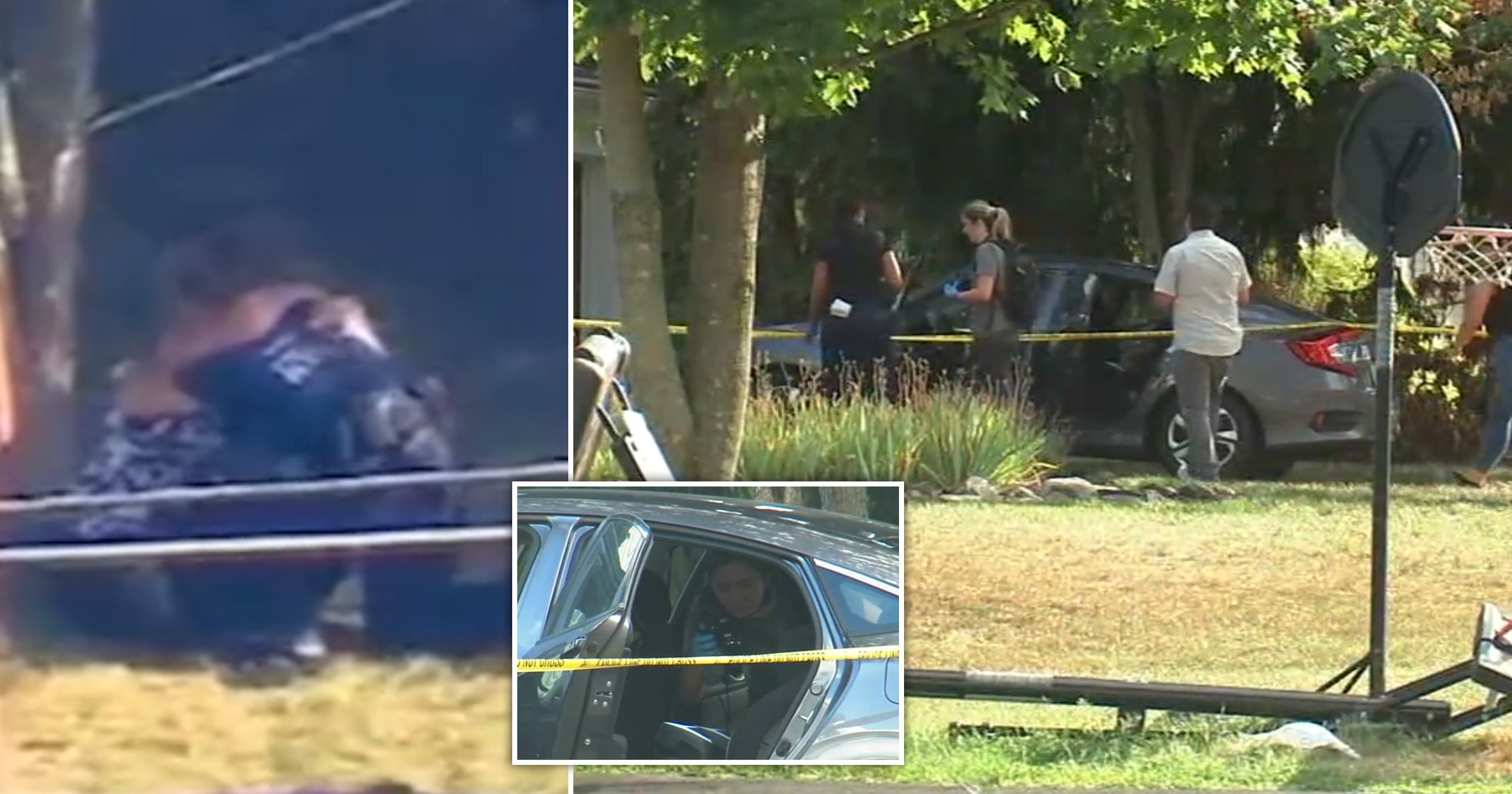 A two-year-old girl was found dead in the back seat of her family’s car after she had been left there for about seven hours on a particularly steamy summer day.

The child was found by police officers around 2pm Tuesday in a car parked outside a home in Franklin Township, New Jersey.

Neighbors on the suburban street said it seemed like the parents, who are usually very caring and loving to their children, had completely forgotten that the child was left behind in the car.

Police had responded to the neighborhood to a call of a girl in cardiac arrest, according to ABC 7.

One neighbor, who is a member of a local fire department, had spotted the child left behind in the vehicle and was administering CPR on the girl, who was unresponsive.

The young girl was pronounced dead on the scene. Her identity has not been released.

Police, who were called to the home by the neighbor, knocked on the family’s front door to alert the girl’s parents to the horrifying discovery.

Neighbors told the TV station the parents were inconsolable after they realized they’d forgotten their child.

‘They were just screaming in pain and anguish,’ neighbor Treana Huntly said. ‘I heard the dad screaming uncontrollably, and then I heard the mom start wailing, really sobbing.’

The mother then reportedly collapsed on the front lawn, and was taken away in an ambulance.

‘It was gut-wrenching,’ Huntley said. ‘It almost made me want to break into tears, as a mother. Just hearing that pain from another mother, it was very hurtful to hear. I wouldn’t wish that on anybody.’

Authorities believe the young girl was left in her car seat, strapped inside the family’s car, at some point Tuesday morning. She wasn’t discovered until several hours later, by the mid-afternoon, when temperatures neared 90 degrees Fahrenheit (32 C).

It’s unclear how the child was forgotten about, or whether either parent will face charges.

The New Jersey Northern Regional Medical Examiner’s Office is set to perform an autopsy on the young girl to determine the official cause and manner of her death.