New case reports are waning, but deaths have yet to peak, and Americans are wondering what long-term coexistence with the coronavirus might look like.

A coronavirus testing site in Washington, D.C., in December.Credit…Kenny Holston for The New York Times

By Julie Bosman and Mitch Smith

CHICAGO — More than 2,600 Americans are dying from Covid-19 each day, an alarming rate that has climbed by 30 percent in the past two weeks. Across the United States, the coronavirus pandemic has now claimed more than 900,000 lives.

Yet another, simultaneous reality of the pandemic offers reason for hope. The number of new coronavirus infections is plummeting, falling by more than half since mid-January. Hospitalizations are also declining, a relief to stressed health care workers who have been treating desperately ill coronavirus patients for nearly two years.

All that has created a disorienting moment in the pandemic: Though deaths are still mounting, the threat from the virus is moving, for now, farther into the background of daily life for many Americans.

Patrick Tracy of Mundelein, Ill., has seen the disconnect up close. In his county, new infections have fallen in recent weeks as the highly infectious Omicron variant has begun to recede nationwide. But as those case rates were dropping, Mr. Tracy’s wife, Sheila, died from Covid. Ms. Tracy, 81, a native of Ireland who was devoted to her grandchildren and the roses she tended in her front yard, was vaccinated, but also had underlying medical conditions.

“The people that don’t get vaccinated — you tell them that almost 900,000 have died, and they say, ‘They’d have died anyway,’” Mr. Tracy said. “We have very little consideration for our fellow man.” 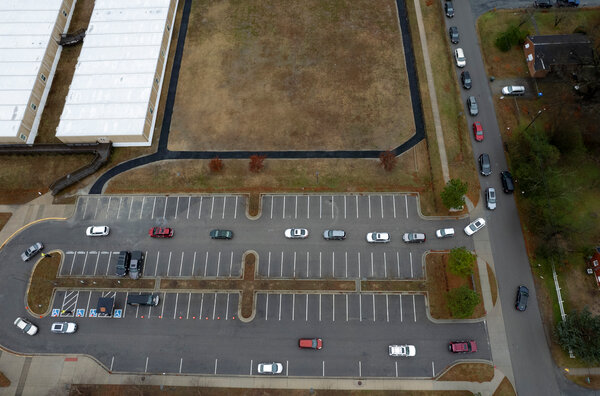 The pace of deaths across the country has accelerated throughout the fall and winter. When the United States reached 800,000 deaths in mid-December, the most recent 100,000 deaths had occurred in less than 11 weeks. This time, the latest 100,000 deaths — many from the Omicron variant — have been reported in just over seven weeks.

That the 900,000-death milestone comes more than a year after vaccines were first authorized added to the pain, said Dr. Letitia Dzirasa, the Baltimore health commissioner. Federal data shows that a vast majority of deaths have been unvaccinated people.

“As a public health professional, it is unbelievably sad, because I think so many of the deaths were likely preventable,” Dr. Dzirasa said. She said her agency continued to organize vaccination clinics each week, but that some of them were “barely attended.”

Deaths over the past seven weeks were reported in large numbers across the United States, with especially high rates in the Southwest and around the Great Lakes.