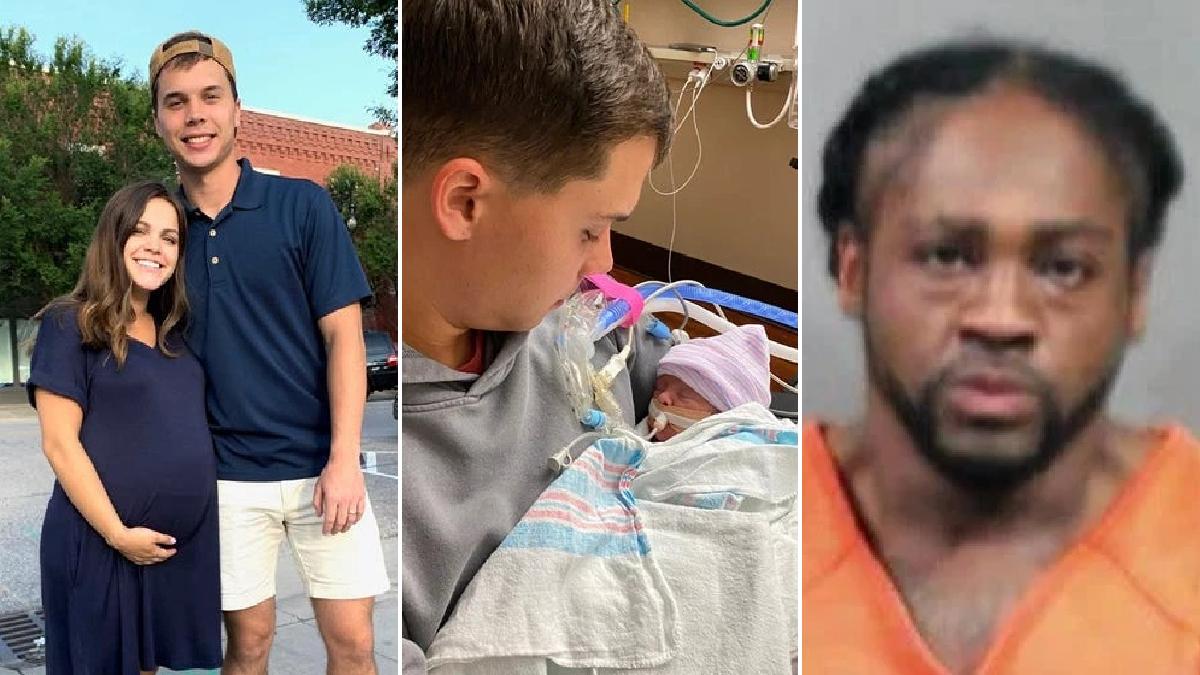 A pregnant woman whose car was allegedly hit by a fleeing robbery suspect died but her unborn baby survived, according to the husband and father. Samantha Russell, 22, was at a stop light in Wichita, Kansas, on Tuesday when Javan Ervin, 37, reportedly ran a red light and crashed into her vehicle.

Samantha was transported to Wesley Medical Center and pronounced dead about two hours after the 5pm accident, according to KAKE News. Her husband Brandon on Wednesday confirmed that their baby boy was alive and healthy.

‘Words cannot explain or express the emotions going through everyones head today,’ Brandon said in a Facebook post. ‘Sammy was taken from us but left behind the most beautiful gift of life.’

Brandon wrote that Samantha ‘was an all around good person who did not deserve to die on impact from a reckless driver’.

Before the crash, police responded to a robbery scene at a hotel on West Taft Street and arrested on suspect. The other suspect, allegedly Ervin, fled the scene in a white Dodge pickup truck.

‘One of our officers got behind it attempted to pursue, but it was quickly disregarded by the supervisor,’ Wichita police Capt Paul Duff told the TV station. ‘The officer immediately turned around and went back to help the original officer who was taking the other robbery suspect.’

While trying to escape, Ervin’s truck hit a Chevy Silverado, causing the wheels of his vehicle to come off, and struck a stopped Jeep Compass, according to the Kansas Highway Patrol. The robbery suspect’s truck then hit Samantha’s Mazda CX3, which was behind the jeep.

Brandon wrote that Samantha ‘was going to be a fantastic mother’ and that ‘she always had everything planned out and ready to go’. The mother-to-be had a bubbly attitude but was also ‘driven’ and a hard worker, he said.

‘She showed happiness to everyone and anyone that she knew,’ Brandon wrote. ‘She will always be my wife and the person I turn to when I need advice or to ask another one of my dumb questions.’