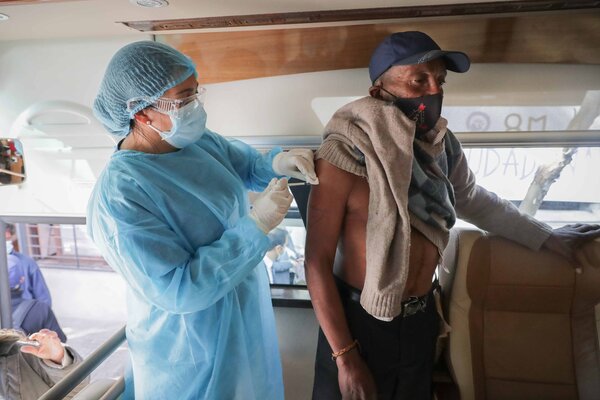 BUENOS AIRES — For most of the past year, Uruguay was held up as an example for keeping the coronavirus from spreading widely as neighboring countries grappled with soaring death tolls.

Uruguay’s good fortune has run out. In the last week, the small South American nation’s Covid-19 death rate per capita was the highest in the world, according to data compiled by The New York Times.

As of Wednesday, at least 3,252 people had died from Covid-19, according to the Uruguayan Health Ministry, and the daily death toll has been about 50 during the past week.

Six out of the 11 countries with the highest death rates per capita are in South America, a region where the pandemic is leaving a brutal toll of growing joblessness, poverty and hunger. For the most part, countries in the region have failed to acquire sufficient vaccines to inoculate their populations quickly.

“In Uruguay, it’s as if we had two pandemics, one until November 2020, when things were largely under control, and the other starting in November, with the arrival of the first wave to the country,” said José Luis Satdjian, the deputy secretary of the Health Ministry.

The country with the second-highest death rate per capita is nearby Paraguay, which also had relative success in containing the virus for much of last year but now finds itself in a worsening crisis.

Experts link the sharp rise in cases in Uruguay to the P.1 virus variant from Brazil.

“We have a new player in the system and it’s the Brazilian variant, which has penetrated our country so aggressively,” Mr. Satdjian said.

Uruguay closed its borders tightly at the beginning of the pandemic, but towns along the border with Brazil are effectively binational and have remained porous.

The outbreak has strained hospitals in Uruguay, which has a population of 3.5 million.

On March 1, Uruguay had 76 Covid-19 patients in intensive care units. This week, medical professionals were caring for more than 530, according to Dr. Julio Pontet, president of the Uruguayan Society of Intensive Care Medicine who heads the intensive care department at the Pasteur Hospital in Montevideo, the capital.

That number is slightly lower than the peak in early May, but experts have yet to see a steady decline that could indicate a trend.

“It is still too early to reach the conclusion that we’ve already started to improve, we’re in a high plateau of cases,” Dr. Pontet said.

Despite the continuing high number of cases, there is optimism that the country will be able to get the situation under control soon because it is one of the few in the region that has been able to make quick progress on its vaccination campaign. About a quarter of the population has been fully immunized.

“We expect the number of serious cases to begin decreasing at the end of May,” Dr. Pontet said.