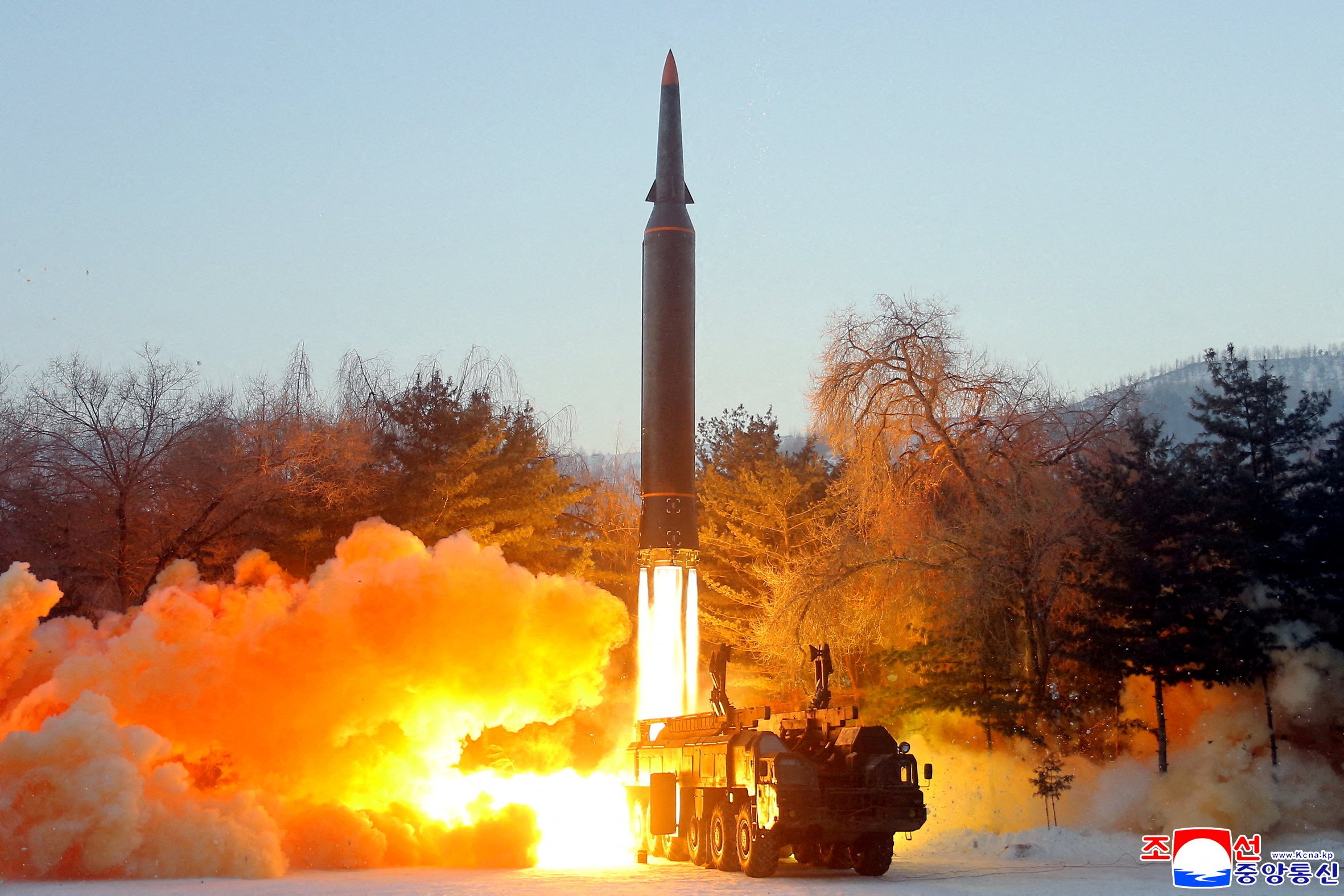 The US condemned North Korea’s ballistic missile test launch on Tuesday, calling it a threat to the international community while reaffirming the nation’s commitment to defend South Korea and Japan.

North Korea appeared to test-fire a ballistic missile Tuesday, one that may be more advanced than a ‘hypersonic’ one it launched less than a week ago, according to South Korea’s military.

With the New Year comes Kim Jong Un’s resolution to bolster North Korea’s military with cutting-edge technology at a time when talks with South Korea and the US have stalled.

Officials in South Korea and the United States held a phone call to share their assessment on the missile test and coordinate responses. They agreed to continue efforts restart the peace process with the North, South Korea’s foreign ministry said in a statement.

The US military’s Indopacific Command said while the launch did not pose an immediate threat to the US or its allies, it ‘highlights the destabilising impact of North Korea’s illicit weapons program.’

‘That North Korea continues to launch missiles is extremely regrettable,’ he told reporters.

On Monday the US mission to the UN, joined by France, Ireland, Japan, the United Kingdom and Albania, condemned North Korea’s test from last week, saying it posed ‘a significant threat to regional stability.’

However, China and Russia are pushing the UN Security Council to ease sanctions on North Korea by removing a ban on Pyongyang’s exports of statues, seafood and textiles, and lifting a refined petroleum imports cap.

North Korea has said it is open to talks, but only if the US and its allies drop ‘hostile policies’ such as sanctions and military drills.