MINNEAPOLIS (REUTERS) – Minnesota authorities arrested the police officer who fatally shot a Black man during a scuffle that followed a routine traffic stop and said they would charge her with second-degree manslaughter later on Wednesday (April 14).

Kim Potter, a 26-year veteran who resigned from the Brooklyn Centre police force on Tuesday, was taken into custody on Wednesday morning and will be booked in Hennepin County jail for fatally shooting 20-year-old Daunte Wright on Sunday afternoon, the state’s Bureau of Criminal Apprehension said in a statement.

The Washington County Attorney’s office was expected to file the charge against her later on Wednesday.

Wright was shot on Sunday after being pulled over for what police said was an expired car registration.

Officers discovered there was a warrant out for his arrest, and an officer accidentally drew her pistol instead of her Taser during a struggle with Wright, who got back into his car, Gannon said on Monday.

Potter can be heard on police video shouting, “Holy s***, I just shot him.”

To be convicted of second-degree manslaughter under Minnesota law, prosecutors must show that Potter was “culpably negligent” and took an “unreasonable risk” in her actions against Wright. 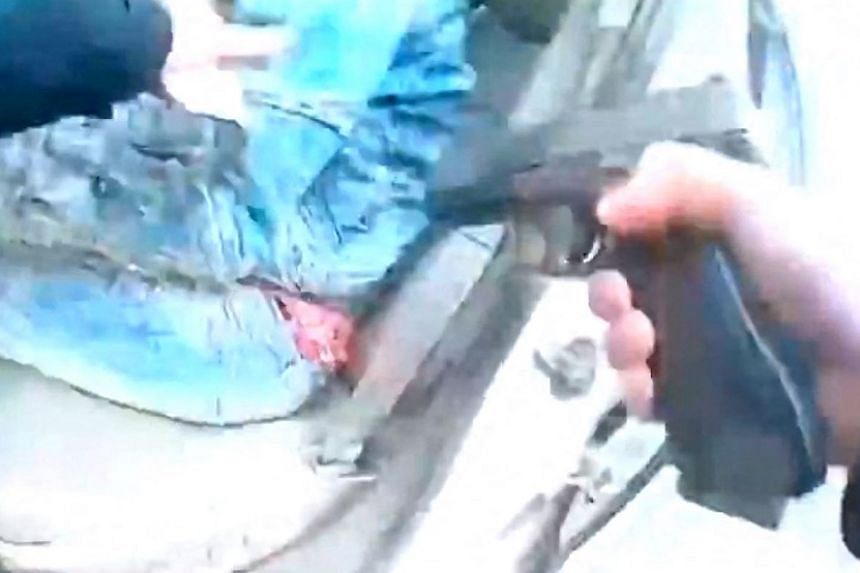