The United States leads the world in number of COVID-19 deaths and cases, as states scramble to respond to resurgence. 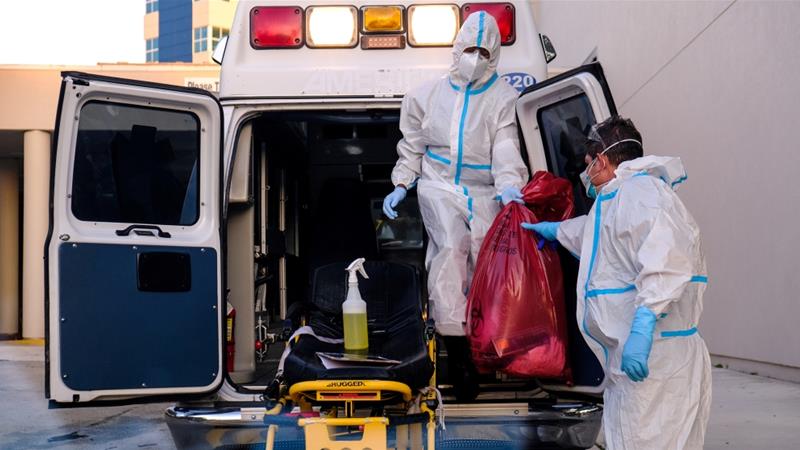 The city of Chicago reimposed some coronavirus restrictions on Monday and the state of Florida reported more than 10,000 new cases for the sixth day in a row, as the coronavirus pandemic raged across the United States.

In a rare ray of hope, New York state reported the fewest hospitalisations from the coronavirus in four months and New York City entered a new phase of reopening on Monday. But the progress – in the very city and state that were once the epicentre – was eclipsed by the grim news nearly everywhere else.

New York state recorded only eight deaths on Sunday while the total number of people hospitalised for the disease fell to 716, the fewest since March 18, Governor Andrew Cuomo said.

But metrics for the country as a whole have grown worse. Thirty-two states have reported record increases in COVID-19 cases in July while 15 states have reported record increases in deaths. Deaths, hospitalisations and rates of positive test results continue to climb with at least 15 states reporting record hospitalisations so far in July, according to a Reuters tally. 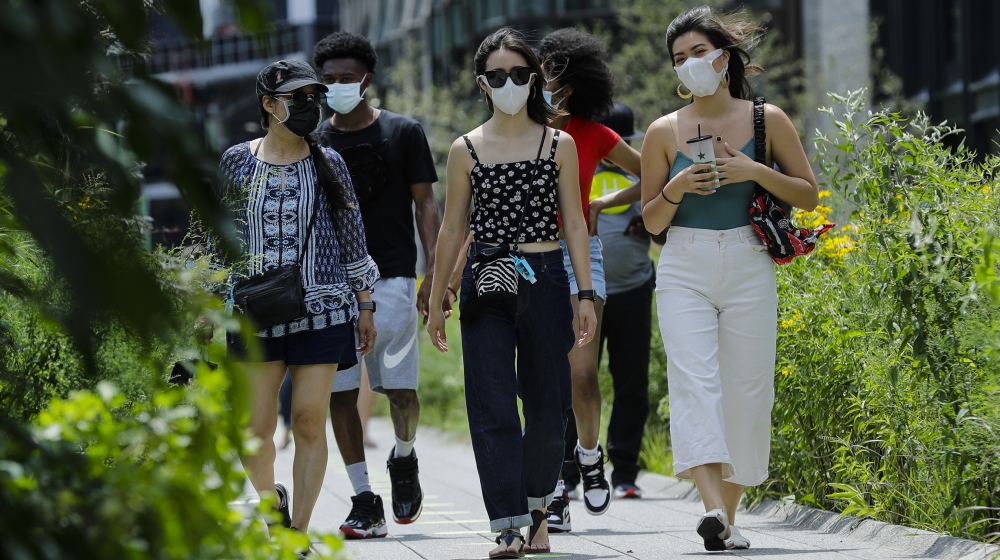 The virus has killed 140,000 people in the US and infected some 3.7 million, both figures leading the world.

The top infectious disease specialist in the US, Dr. Anthony Fauci, told the nation’s governors that the best way to manage the surging coronavirus – and prevent future outbreaks – is to stick to what he called the “fundamentals”, which include the universal wearing of face masks, shutting bars, limiting indoor dining, avoiding crowds and frequent handwashing.

Fauci addressed governors Monday via videoconference with members of the White House coronavirus task force. The Associated Press obtained a copy of the audio.

Task force coordinator Dr Deborah Birx urged governors to watch for even the tiniest increase in the percentage of positive cases, saying it means an uptick is coming. 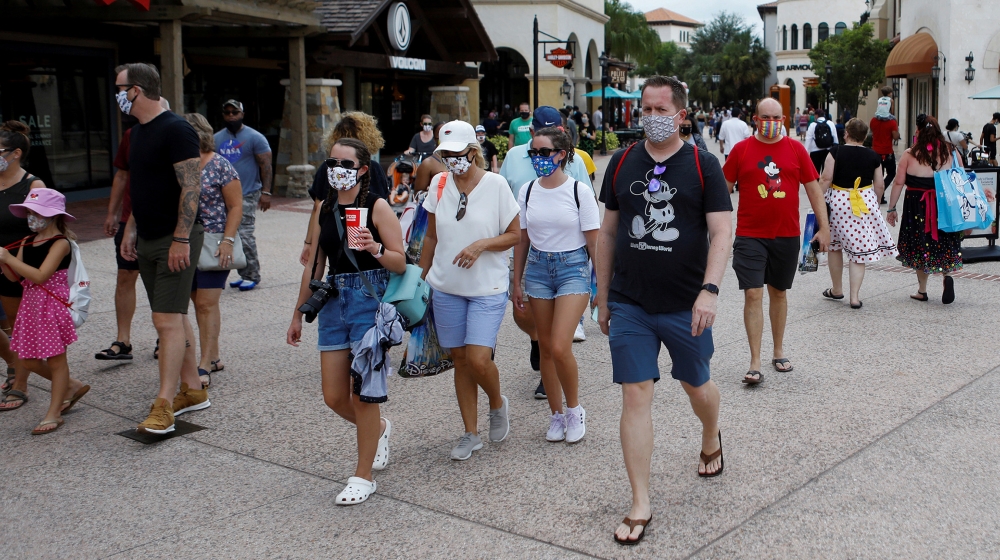 Florida reported 10,347 new cases on Monday, the sixth day in a row the state has announced over 10,000 new infections. Another 92 people died in Florida, increasing the state’s death toll to 5,183.

Under fire for his response, Florida Governor Ron DeSantis said over the weekend that positivity rates and COVID-19-related emergency room visits have been trending lower in recent weeks.

The state’s teachers’ union sued DeSantis and other officials on Monday, seeking to halt the resumption of in-class instruction, claiming it would jeopardise the health of its members and students.

With school due to resume in August or September, many educators across the country are offering only remote learning or limited in-class instruction. Florida is allowing local school districts to establish their own rules on reopening.

Chicago Mayor Lori Lightfoot announced new restrictions due to take effect on Friday including a ban on indoor service at bars and shutdown of personal services such as shaves and facials that require the removal of masks.

“While we aren’t near the peak of the pandemic from earlier this year, none of us wants to go back there,” Lightfoot said in a statement.

The city of Los Angeles is on the brink of issuing a new stay-at-home order, and California’s high school sports authority postponed sports such as football that normally start in September until December or January, altering a rite of passage for American youth.

Meanwhile, the administration of US President Donald Trump is pushing for schools to reopen in a few weeks and resisting a federal mandate that people wear masks in public – part of what Cuomo called an “incompetent” federal government response.

“I’ve said to the president from day one: This virus does not respond to politics,” Cuomo told a news conference. “The solution is medicine and science.”

The country remained “totally unprepared”, Cuomo said, as other states lagged in testing, contact tracing and personal protective equipment for doctors and nurses.

Trump said he would resume holding news briefings on the pandemic on Tuesday after a lengthy hiatus.

We are United in our effort to defeat the Invisible China Virus, and many people say that it is Patriotic to wear a face mask when you can’t socially distance. There is nobody more Patriotic than me, your favorite President! pic.twitter.com/iQOd1whktN

The president denied trying to play down the danger in an interview with Fox News on Sunday, blaming China for allowing the virus to escape and criticising experts for being wrong in their early analysis of the outbreak.

Trump, whose leadership has come under fire in part because of his reticence to wear a mask, on Monday tweeted a photo of himself with his face covered.

“We are United in our effort to defeat the Invisible China Virus, and many people say that it is Patriotic to wear a face mask when you can’t socially distance,” he said. “There is nobody more Patriotic than me, your favorite President!”

Trump for months has criticised others for wearing masks and did not appear publicly in a mask until a visit to a military medical facility outside of Washington, DC earlier this month.

We will use your email address only for sending you newsletters. Please see our Privacy Notice for details of your data protection rights. Black History…

As health officials work to stave off a second wave of the novel coronavirus pandemic, experts say clear communication — not fines — are key…