Donald Trump has warned of “violence in the streets” as voters head to the polls and decide whether he should stay in the White House or become the first one-term US president in decades.

Despite a record nearly 99 million Americans having already cast their ballot, Tuesday 3 November is the final stretch of a marathon campaign for incumbent Republican and his Democrat challenger Joe Biden.

Staff from the Department of Justice have been dispatched to 18 states to try to curb voter suppression or intimidation, as the high-stakes campaign finally nears its end. 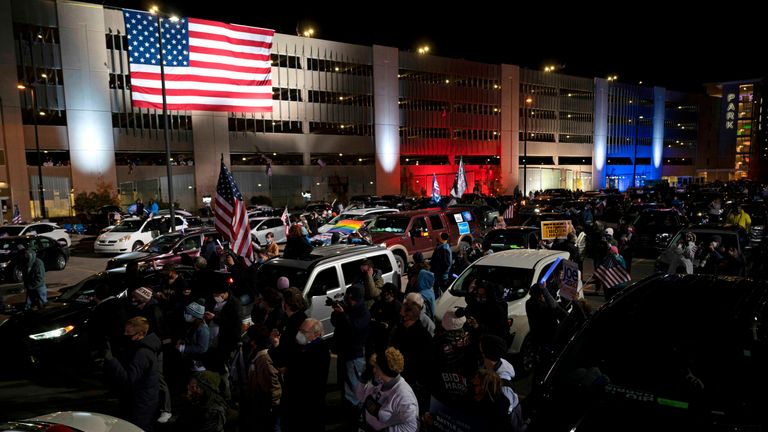 But the battle may not end when the polls begin to close at around midnight UK time.

Both campaigns are gearing up for tight-fought races in swing states where the polls either give one candidate a marginal lead or say it is too close to call. 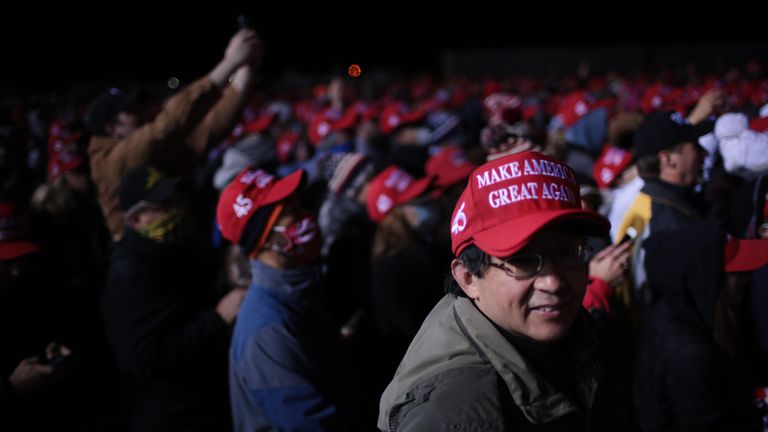 Mr Trump hit out in a late-night tweet on Monday at a Supreme Court decision to allow mail-in ballots in Pennsylvania to be counted up to three days after the election.

He said it was “VERY dangerous”, adding: “It will allow rampant and unchecked cheating and will undermine our entire systems of laws. It will also induce violence in the streets. Something must be done!” With some votes and results heavily delayed by the large numbers of ballots submitted by post due to the coronavirus pandemic, Mr Trump may try to capitalise on initial early success among those who waited until 3 November to turn out.

This outcome has become known as a “red mirage”.

But Mr Biden’s team are pushing back, sending out last-minute fundraising emails for the legal battles they may have to launch if they judge the US president has unfairly claimed a win too early.

“Under no scenario will Donald Trump be declared a victor on election night,” the challenger’s campaign manager declared on Monday. 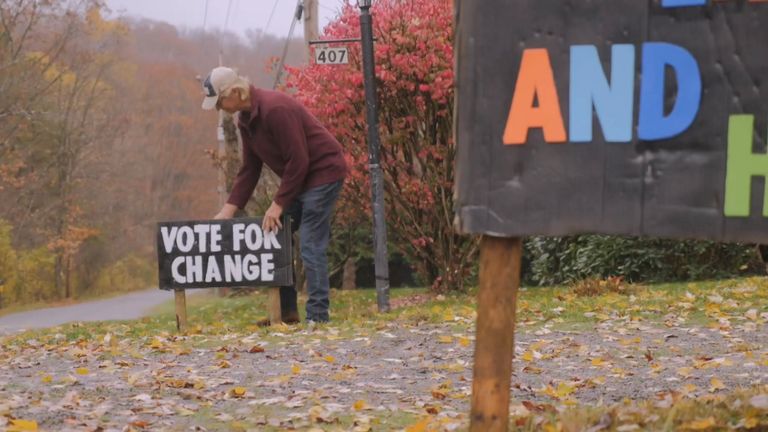 It followed a frenzied dash by Mr Trump and Mr Biden on Wednesday, as they toured the “toss up” states both are hoping to win to top up their Electoral College votes and secure them the crucial 270 needed.

Mr Trump visited North Carolina, his opponent’s birthplace of Scranton in Pennsylvania, as well as Wisconsin and two trips to Michigan.

He is bullish about his chances of holding on to seats he won with small margins in 2016.

While Mr Biden headed for Ohio and three events across Pennsylvania, where he proclaimed at his first rally in April 2019: “If I’m going to be able to beat Donald Trump in 2020, it’s going to happen here.” 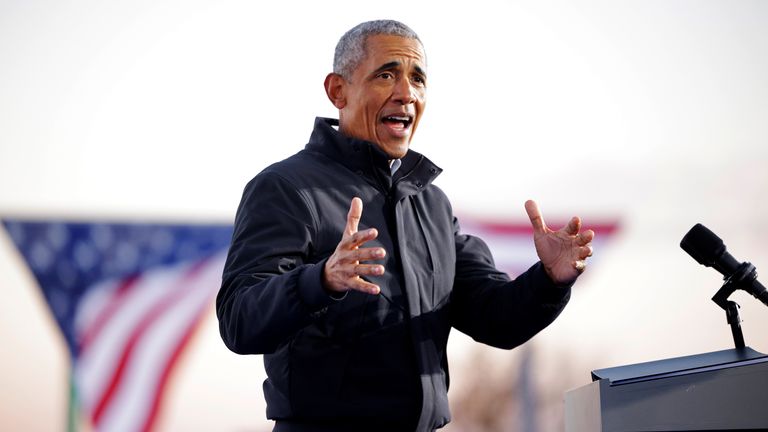 “I don’t think anybody has ever seen crowds like this. We’re getting very good results from early voting and from ballots. And we’ll have to see how it all works out. We won’t know for a little while.”

Analysis: What Biden and Trump’s final movements tells you about their chances

By Greg Milam, US correspondent

If all roads to the White House pass through Pennsylvania, Donald Trump and Joe Biden, as Americans like to say, have left nothing in the locker room in this campaign.

The sporting metaphor is apt for a president and challenger who have blitzed the state in recent days in search of late winning strike.

Mr Trump won Pennsylvania by 44,000 votes in 2016 – less than one percentage point – and he knows victory there is essential if he is to win a second term.

Mr Biden was born in Pennsylvania – in the town of Scranton, most famous as the setting for the US version of The Office – and the polls have consistently shown him leading.

He has focused on western Pennsylvania where the mix of suburban voters, disenchanted Trump supporters and people who sat out the last election are exactly the constituency he needs to win across the country.

Even taking into account the fact his campaign is headquartered in Philadelphia, Biden has visited Pennsylvania more than any other battleground state.

Mr Trump too has lavished attention on the state. There is a strong belief in his campaign, echoed by his supporters, that the ‘shy Trump voter’ will come out to support him in huge numbers and defy the pollsters again.