John McCain once explained why he wasn’t interested in being the president’s number two.

“The vice president has two duties. One is to enquire daily as to the health of the president, and the other is to attend the funerals of Third World dictators. And neither of those do I find an enjoyable exercise.”

He was not alone in Washington in seeing the job of ‘Veep’ as something of a political joke – all the ceremony and not much power.

But in 2020 – of course in 2020 – the vice presidency has suddenly assumed a very real importance in American politics.

And tonight’s first and only debate between the two candidates – an event usually considered something of a sideshow – is now a significant moment in this race for the White House.

Because the prospect of Mike Pence or Kamala Harris one day taking over the big job is not nearly as unlikely as it may have been for their predecessors.

That old chestnut of the vice president being just “a heartbeat away from the presidency” actually means something when the president has contracted a deadly virus. Pence might indeed need to “enquire as to the health of the president”.

It has put his leadership credentials in the public eye at a time of great uncertainty.

Harris would serve a president who, if elected, would be the oldest person ever inaugurated. It is widely rumoured that Biden would only seek one term in office, teeing up Harris to herself run for President in 2024. 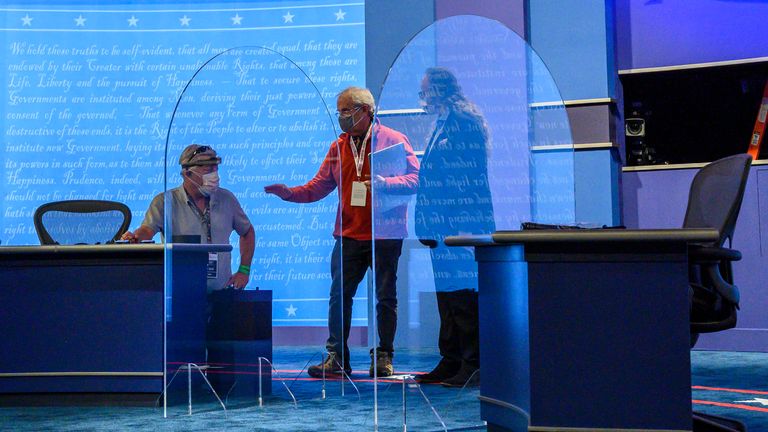 It casts their 90-minute appearance on the debate stage in Salt Lake City, positioned twelve feet apart, as an audition for the job of commander-in-chief.

Trump’s illness along with Pence’s role as head of the White House coronavirus task force is certain to put their handling of the pandemic at the top of the debate agenda.

The vice president is regarded as an unflappable operator but Harris has shown time and again how she has fine-tuned her prosecutorial skills for the political stage.

Her opponents have been quick to drag up criminal justice controversies from that time as a prosecutor to question her record.

How she is happy to sit on a presidential ticket with Biden, a man she eviscerated over his record in one of the Democrat debates, may also feature in Pence’s line of attack.

Thankfully, it should be a very different spectacle to last week’s shambolic debate between Trump and Biden. We can only hope.

It remains unclear if and how those two will be able to complete the remaining two scheduled presidential debates with so much uncertainty swirling.

For that reason alone, Pence versus Harris is a must-watch, and a debate that matters.

As a former vice-president, John Adams, once said of the job: “In this I am nothing but I may be everything.”

:: You can watch the Vice Presidential Debate between Mike Pence and Kamala Harris on Thursday at 2am live on Sky News and Sky News online