The race to the White House has a clear winner, but another crucial US election battle is still being fought.

Even after Joe Biden’s victory is formally declared, the extent of the Democrats’ power in Washington will hang in the balance until control of the US Senate is determined.

And that is unlikely to be decided until Georgia holds run-off elections for both of its seats in January – the results of which may determine just how much America’s next president is able to achieve.

Latest updates from the US election 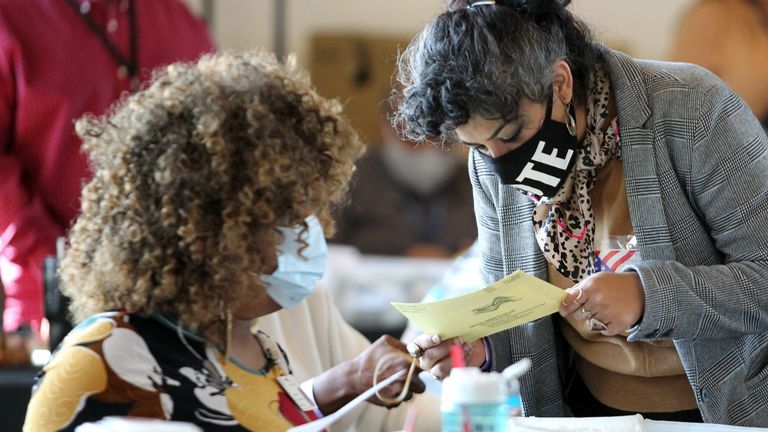 The Democrats have not had control of the Senate for six years. Currently, Republicans hold a 53 to 47 majority.

To keep control, the Republicans need to hold at least 51 seats. As things stand, neither party has reached that target, with the current count projecting 48 red seats and 48 blue.

In the 2020 race, the Democrats have flipped just two seats, in Colorado and Arizona, giving them a net gain of one – well short of the progress the party had hoped to achieve.

Should the Democrats win both seats in Georgia, the parties would be set to tie 50-50, as the Republicans are all but assured of winning North Carolina and Alaska.

Were the Democrats able to win the Georgia seats, a tie would mean the vice president – soon to be Kamala Harris – enjoys the casting vote when it comes to passing legislation.

That means the Democrats need 50 seats to essentially secure their lead, while the Republicans need 51.

Georgia is the only state with two Senate seats on the ballot, so its 5 January run-off elections are crucial. 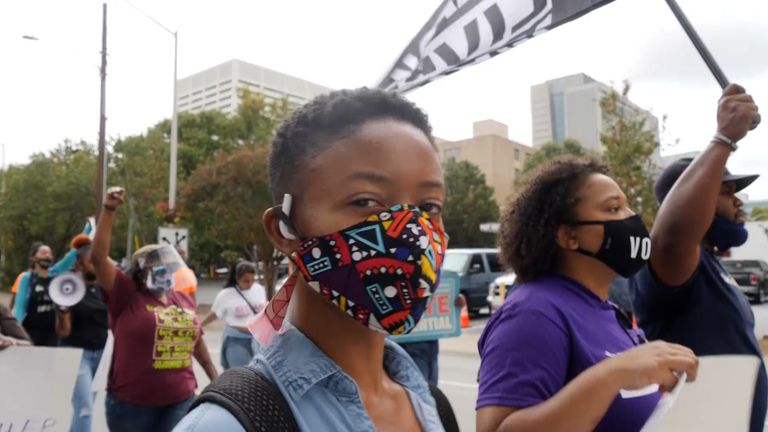 Without a crystal ball, one has to turn to history. And Georgia’s past is traditionally red.

No Democrat has been elected senator there in two decades.

But both Republican incumbents were forced into the January run-off contests after neither reached the 50% threshold needed to win outright – and Mr Biden’s unexpectedly strong performance in the state this election has offered some hope for their challengers.

Senator David Perdue, a strong Trump ally, will go up against Jon Ossoff. 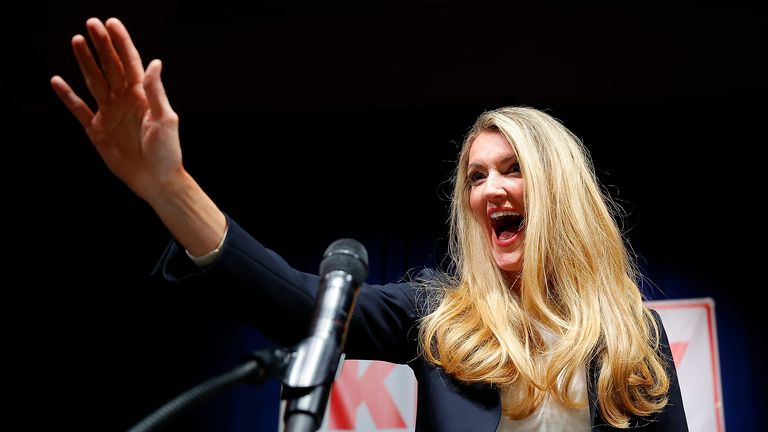 A surge in new voters has given the Democrats a narrow lead when it comes to both Electoral College votes and those for the Senate, but it’s not known if it will be enough to flip the state.

Ms Loeffler tweeted that “now more than ever, we NEED to keep the Senate in Republican hands”.

She said on Saturday that she and Mr Perdue are “the last line of defence against the radical left”.

At an Atlanta rally on 27 October, Mr Biden stressed the importance of flipping the Senate, declaring “there’s no state more consequential than Georgia in that fight”. 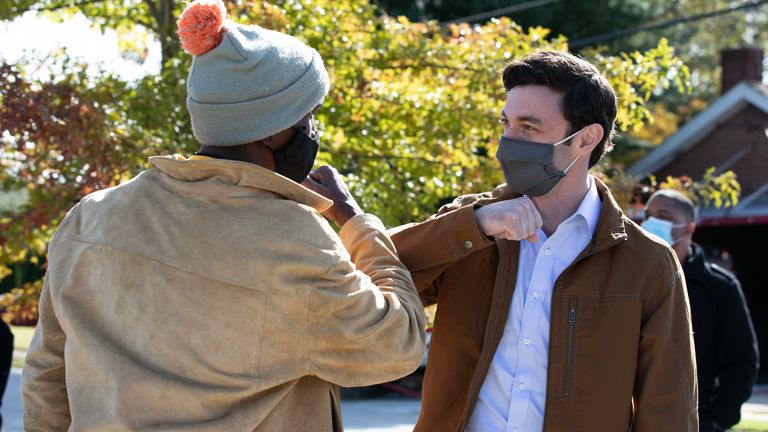 How much power would a Senate win provide?

With a Democratic majority in the Senate, the party that also controls the House of Representatives would have a tight hold on power in Washington.

It would be far easier for Mr Biden to push his legislative agenda through Congress, while he would have latitude over nominees – including for his cabinet.

But if it goes the other way, Senate majority leader and Kentucky Republican Mitch McConnell will maintain the power needed to cause the incoming president a major headache – just as he previously did for Barack Obama.