Protesters have descended on Washington DC as cities across the US prepare for potential unrest in the wake of the presidential election result.

Hundreds of demonstrators gathered near the White House on Black Lives Matter Plaza after much of the area was boarded up ahead of election night.

Protest group Shut Down DC said it had prepared for clashes with authorities should violence flare.

“It’s important I show my son that we must vote against it and we show Trump that we’re all against it.”

A “non-scalable” fence has been erected to secure the White House complex, with 250 National Guardsmen on standby, NBC News reported. 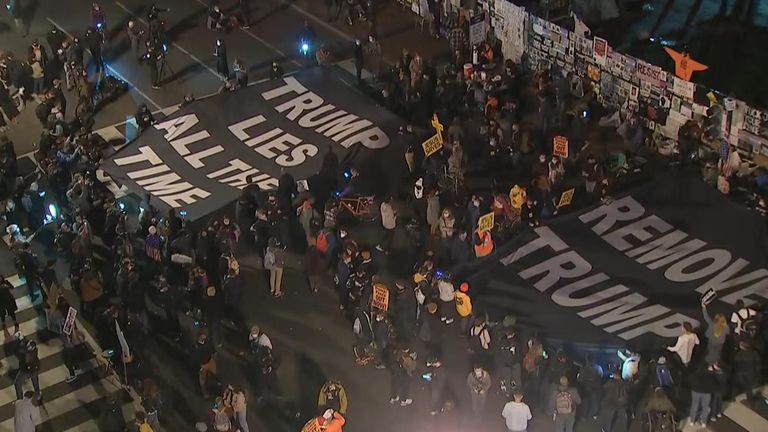 “It is something we’ve prepared for,” she said.

“We recognise that though it is a risk, it’s a risk we’re willing to take because of how important this moment is going to be for us.” 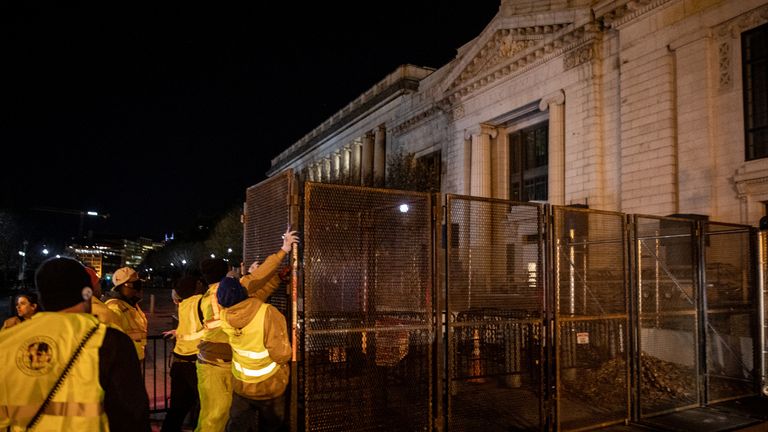 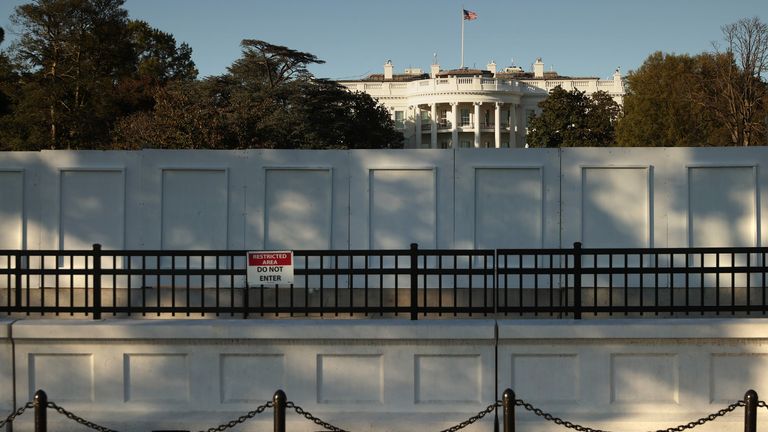 The Los Angeles Police Department (LAPD) said it had a declared a “citywide tactical alert” to ensure sufficient resources were available “to address any incidents that may arise as a result of election day activities”.

“The department is committed to ensuring that adequate resources are available to ensure all Angelenos are able to safely vote without interference,” the LAPD added.

Meanwhile, the New York Police Department (NYPD) has prepared for a possible increase in protests in the days and weeks after the presidential election, NBC News reported.

The NYPD has anticipated that protests could last into the beginning of next year, according to a memo from a senior police official. The memo from New York City Police Commissioner Dermot Shea said there “is a strong likelihood that the winner of the presidential election may not be decided for several weeks”, according to NBC News.

Mr Trump had warned of “violence in the streets” as voters headed to the polls after criticising a Supreme Court decision to allow mail-in ballots in Pennsylvania to be counted up to three days after the election.

Writing on Twitter, he said it was “VERY dangerous”, adding: “It will allow rampant and unchecked cheating and will undermine our entire systems of laws. It will also induce violence in the streets. Something must be done!”