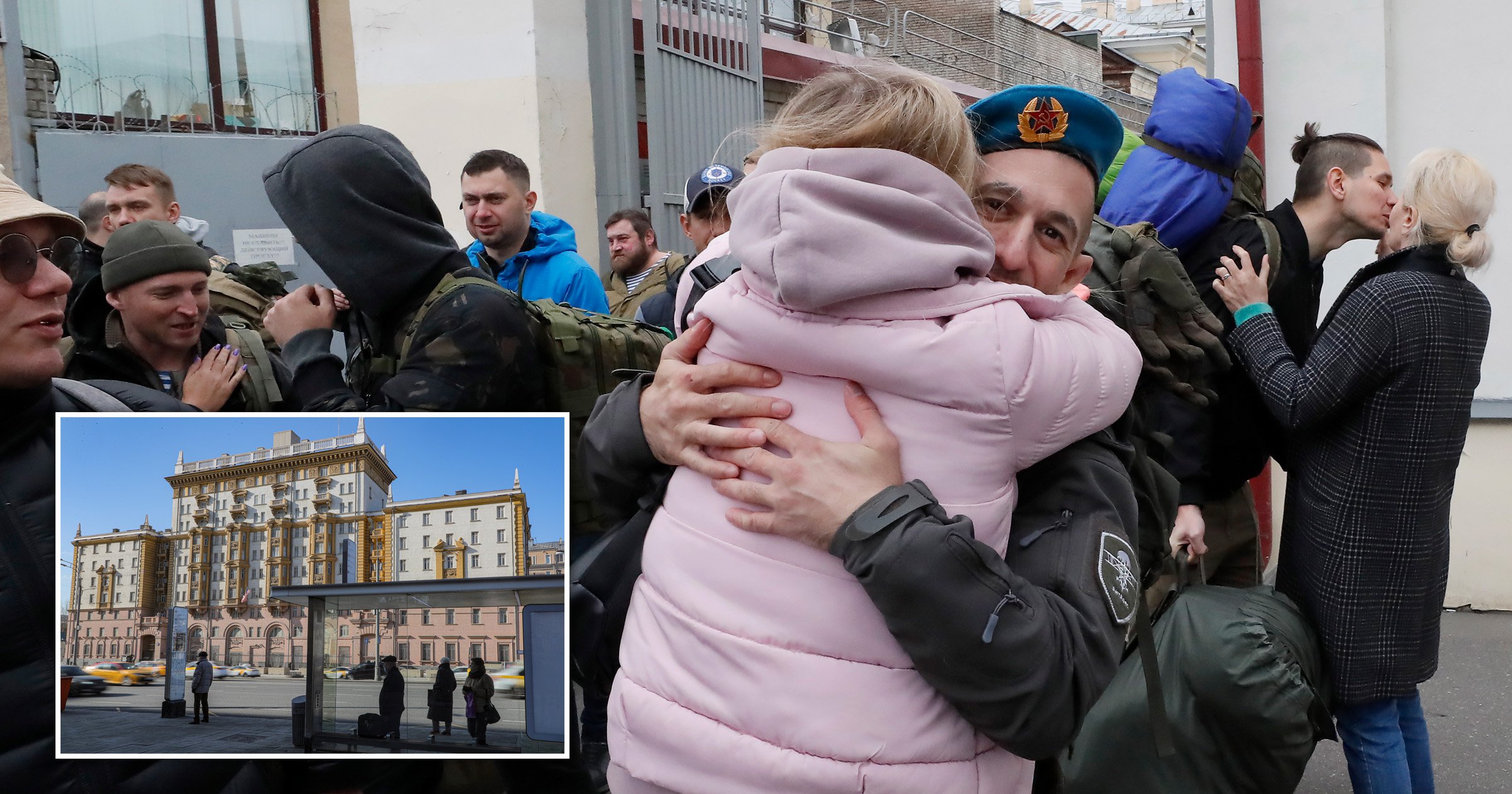 The US Embassy in Moscow warned all Americans in Russia to exit the country while they still have a chance — warning they may be forced to enlist in the Russian military if they don’t leave.

The embassy issued an overnight alert after Russian President Vladimir Putin made an order for ‘partial mobilization’ of Russian men to fight in his war in Ukraine.

Putin’s call to mobilize 300,000 soldiers to go fight in his war has reportedly caused hundreds of thousands of conscription age men to flee the country — and has caused concern for Americans currently in Russia.

‘Russia may refuse to acknowledge dual nationals’ US citizenship, deny their access to US consular assistance, prevent their departure from Russia, and conscript dual nationals for military service,’ the alert said.

Since the start of Russia’s attack on Ukraine, the US embassy has cautioned Americans against traveling to the country.

The alert also acted as a reminder that leaving Russia has already proven to be increasingly difficult as the war persists, with limited commercial flights and busy border check points.

Since Putin’s call for soldiers, flight prices have shot up and become incredibly limited.

‘If you wish to depart Russia, you should make independent arrangements as soon as possible,’ the embassy said in the alert, noting they have ‘severe limitations’ on how they can assist US citizens in their departure from the country.

The embassy has also cautioned Americans against participating in political events in Russia, saying US citizens should ‘avoid all political or social protests and do not photograph security personnel at these events.’

The alert noted the right to peaceful assembly and freedom of expression are not guaranteed in Russia, and that the country has arrested US citizens for their participation in such demonstrations before.

Since the order from Putin, Russian men of fighting age have reportedly fled to Finland, Georgia, Kazakhstan and Mongolia. Many other European countries have blocked entrance for Russian citizens.