A US federal judge has ordered the state of Georgia to take steps to ensure provisional ballots are not improperly rejected and to wait until Friday to certify the results of the midterm elections that include an unsettled race for governor.

The ruling, issued late on Monday, is seen as a legal victory for Democratic candidate Stacey Abrams, who refused to concede in one of the most closely-watched races during the midterm elections.

Totenberg also ruled that Georgia must not certify the election results before Friday at 5pm local time (22:00 GMT), which falls before the November 20 deadline set by state law.

State elections director Chris Harvey testified at a hearing last week that the state had planned to certify the election results on Wednesday, a day after the deadline for counties to certify their results. He said that would allow preparations to begin for any necessary runoff contests, including one already projected in the race for the next secretary of state.

Unofficial returns show Kemp with a lead just shy of 60,000 votes out of more than 3.9 million cast; Abrams would need a net gain of about 21,000 votes to force a December 4 runoff.

The secretary of state’s office had said there were an estimated 21,190 provisional ballots cast last week, but the Abrams campaign says that number could be more than 27,000, the Washington Post reported.

Provisional ballots are given to those who showed up to polling places, but their name is not on that precinct’s list, or to voters who did not have proper identification. The individual’s identity and eligibility are then confirmed before the vote is counted.

Totenberg acted in response to a lawsuit filed on November 5 by Common Cause Georgia. The suit accuses Kemp, the state’s top elections official until he resigned as secretary of state last week, of acting recklessly after a vulnerability in Georgia’s voter registration database was exposed shortly before the election.

Prior to the election, Kemp’s critics pointed to the 1.5 million voter rolls purged under his watch between 2012 and 2016, according to a watchdog group. An Associated Press investigation also found that his office stalled 53,000 voter applications – the majority of whom were from African Americans – in the lead up to the elections. Abrams is vying to become the US’s first black female governor.

According to the November 5 lawsuit, Kemp’s actions increased the risk that eligible voters could be illegally removed from the voter registration database or have registration information illegally altered. Kemp has denied any allegations of voter suppression.

Sara Henderson, executive director of Common Cause Georgia, said in an emailed statement to the Associated Press that the ruling helps increase voter confidence in elections.

The secretary of state’s office was reviewing the order and considering its options, spokeswoman Candice Broce said in an email.

Totenberg’s order does not change the Tuesday deadline for counties to certify their results. But Abrams’s campaign filed a lawsuit on Sunday asking a federal court to push that deadline to Wednesday, while also requiring that elections authorities count certain provisional and absentee ballots that have been or would be rejected for “arbitrary reasons”.

“I am fighting to make sure our democracy works for and represents everyone who has ever put their faith in it. I am fighting for every Georgian who cast a ballot with the promise that their vote would count,” Abrams said in a statement explaining her refusal to end her bid. 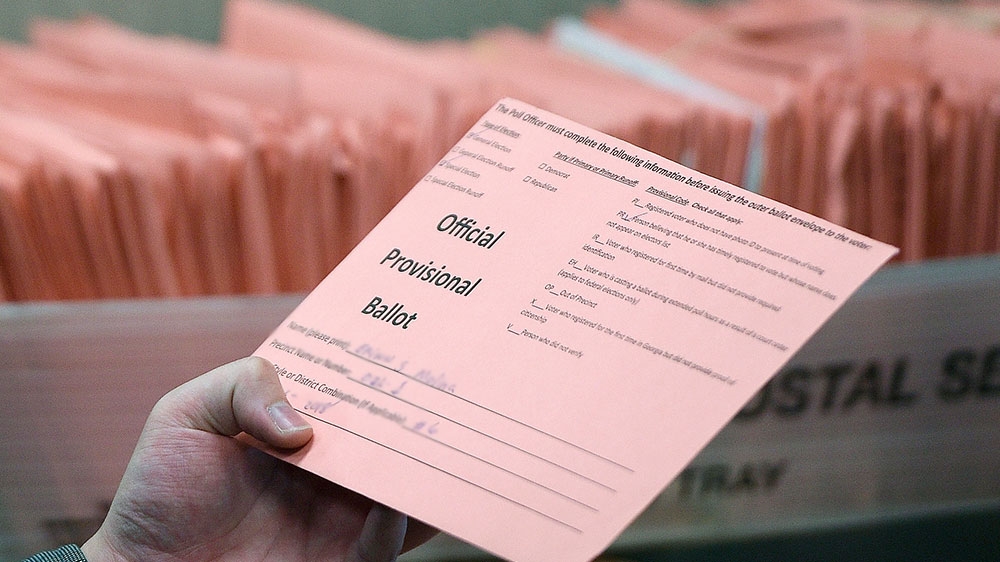 Kemp’s campaign retorted that Abrams’s latest effort is “a disgrace to democracy” and ignores mathematical realities.

Races in Georgia and Florida undecided

The Georgia race, along with Florida’s gubernatorial and Senate matchups that are requiring recounts, is among the final measures of a midterm election cycle that already has allowed Democrats to deal serious blows to President Donald Trump.

Democrats won the House, flipped seven governor’s seats and reclaimed more than 300 state legislative seats in statehouses around the country. Republicans maintained their Senate majority, and could still expand it. But it’s looking to hold the governor’s spots in Florida and Georgia to deny Democrats important gains in presidential battlegrounds in advance of the 2020 election.

Republicans have been governor in Georgia since 2003 and in Florida since 1999, and Trump has put a premium on the two states, endorsing both Kemp and Florida’s Republican nominee Ron DeSantis when they were in competitive Republican primaries and then campaigning in person for them before the November 6 election.