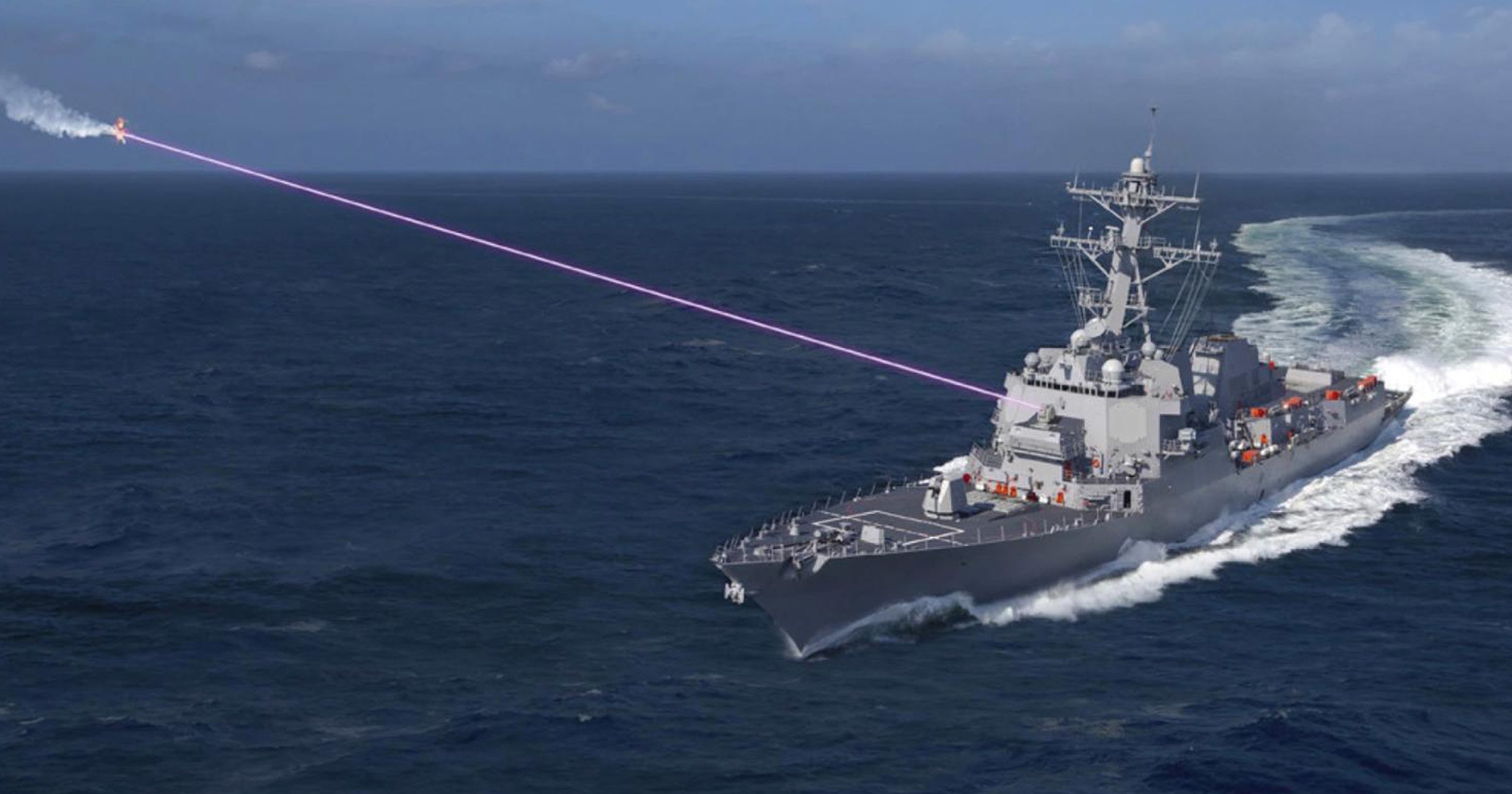 The US Navy shot down a drone using an electric-powered laser for the first time earlier this year.

The newly-created laser was tested on a drone in New Mexico, where it was beamed from the deck of a warship in February.

Laser weapons have several advantages, according to the Navy, including that they can disable sensors and assess the damage they could inflict on targets. Due to the laser being entirely electric, they also pose a lower threat than other military weapons or bombs.

They also require no explosives or propellants, which makes them safer, according to TechSpot.

‘The Navy performed similar tests during the 1980s but with chemical-based laser technologies that presented significant logistics barriers for fielding in an operational environment,’ said Dr Frank Peterkin, of the Office of Naval Research.

‘Ultimately, those types of lasers did not transition to the fleet or any other service,’ he added.

The military branch’s Layered Laser Defense (LLD) took down the drone on the machine, which represented a subsonic cruise missile.

The Office of Naval Research carried out tests on the laser in February at the Army’s High Energy Laser Systems Test Facility at White Sands Missile Range in New Mexico.

The LLD was tested against an array of targets, including unmanned fixed-winged aerial vehicles and quadcopters as well as the high-speed drones that mimicked subsonic cruise missile replacements.

Laser weapons also provide a new level of precision and speed for naval warfighters while offering more simplified logistics to keep ships and their crews safe.

There are currently no plans to put the LLD weaponry into action.