The department of defense says Washington expects to move its European military headquarters from Germany to Belgium. 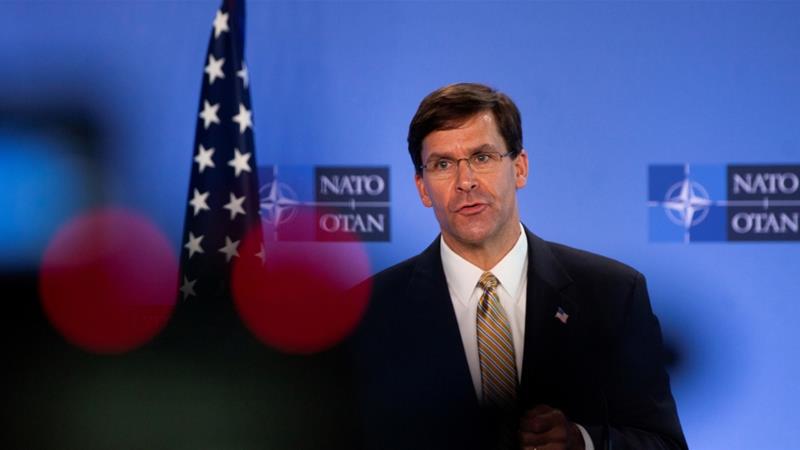 The United States has said it expects to move its European military headquarters out of Stuttgart, Germany to Belgium, as it announced broader plans to shift 12,000 troops out of Germany on orders from President Donald Trump.

Some 6,400 active US troops in Germany will be sent home while nearly 5,600 others will be moved to other NATO countries, US Defense Secretary Mark Esper said at a news conference on Wednesday. About 24,000 troops will remain in Germany, a country considered one of the US’s closest allies and trading partners since World War II.

Esper said that while the decision was “accelerated” by Trump’s previous calls to withdraw troops, which began in June, the moves also promote larger strategic goals to deter Russia, reassure European allies and shift forces further east into the Black Sea and Baltic regions.

Some military personnel could also go to Poland and the Baltic states if Warsaw follows through on an agreement already sketched out by the two sides, Esper said.

Trump has repeatedly said that Germany does not spend enough on defence. The withdrawal is also in line with the president’s “America first” platform and campaign pledges to wind down US involvement overseas.

Esper on Wednesday said he would like some moves to start within a matter of weeks, but there are still consultations ahead.

“It’ll be a service responsibility to determine where they should go to enhance their readiness to make sure we have adequate housing and childcare and hospital care and all that for families,” Esper said.

Germany is currently the centre of US military operations in Europe, as well as a hub for operations in Africa and the Middle East.

US officials said that the personnel shift would likely send air and ground forces to other countries that already have an American troop presence.

Overall, the US currently has about 47,000 troops and civilian personnel in Germany, spread out across a number of bases, headquarters and smaller installations.

Most of the 36,000 on active duty are in a handful of larger Army and Air Force bases including Ramstein Air Base, a hub in the region.

There also are 2,600 National Guard and Reserve forces in Germany and almost 12,000 civilians working for the services or the Defense Department. 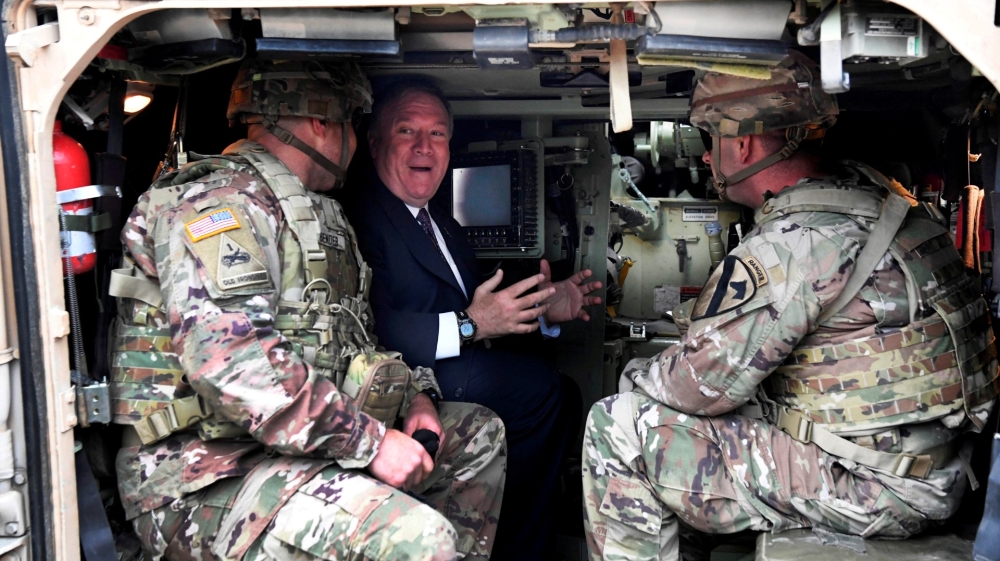 While Pentagon officials on Wednesday sought to focus on the strategic motivation behind the moves, Trump doubled down on his criticism of Germany, saying the country had not paid its share of NATO defence costs.

“Germany is delinquent; they’re at one percent, not two percent,” he told reporters outside the White House on Wednesday. “They’ve taken advantage of us for many years.”

Trump added he may rethink the decision “if they start paying their bills”.

US opposition Democrats, as well as high-profile members of Trump’s own party, have pushed back against the withdrawal since the intention was first announced.

Twenty-two Republicans on the House Armed Services Committee in June sent a letter to Trump saying a reduced US commitment to Europe’s defense would encourage Russian aggression and opportunism.

Meanwhile, the premiers of four German states that host US troops had appealed earlier in July to members of Congress to block Trump’s withdrawal.

After the plan was announced on Wednesday, Senator Mitt Romney, a Republican and frequent Trump critic, called the move a “gift to Russia”.

Trump’s desire to remove troops has also rankled European leaders, with the decision to keep nearly half the forces in Europe considered a clear move by the Pentagon to assuage their concerns.

On Wednesday, a senior member of German Chancellor Angela Merkel’s party, Norbert Roettgen, said of the plan: “Instead of strengthening NATO, the troop withdrawal will weaken the alliance.”

“The effectiveness of the US military is not increased but reduced, especially with a view to Russia and ongoing military conflicts in the Middle East,” Roettgen, who is chairman of the German parliament’s foreign affairs committee, added in comments to the Augsburger Allgemeine newspaper.

The cost of the moves has not yet been calculated, Esper added.

“Clearly, the cost right now are estimates. It’ll take several billion dollars, I’d say single digits, but then that’ll be spread out over time,” he said.

US officials on Wednesday also stressed that only a relatively small number of advanced units would move anytime soon. The rest of the troop movements would take years to fully implement.

The elongated timeline means that the plan could still be reversed if Trump loses re-election in November.