It is the second such attack on international forces in the war-torn country in two weeks.

“Initial reports indicate the attacker was a member of the Afghan National Defense and Security Forces,” NATO’s Resolute Support mission said in a statement.

It added that the attacker was killed by “other Afghan forces”.

The NATO statement did not reveal the identities or ranks of the service members, nor the location of the attack.

The two American service members were taken to Bagram Airfield, where the wounded soldier is undergoing medical treatment and is in a stable condition.

The identity of the dead soldier has not yet been released. So-called insider attacks have been a problem for coalition forces in Afghanistan for some time.

In 2012, 61 coalition soldiers were killed in such attacks.

The latest “green-on-blue” attack – in which Afghan forces turn their weapons on international soldiers with whom they are working – brings the number of US soldiers to die in Afghanistan this year to eight.

It follows the killing of a powerful police chief of Kandahar Province on 18 October, which has created mistrust with Afghan allies. 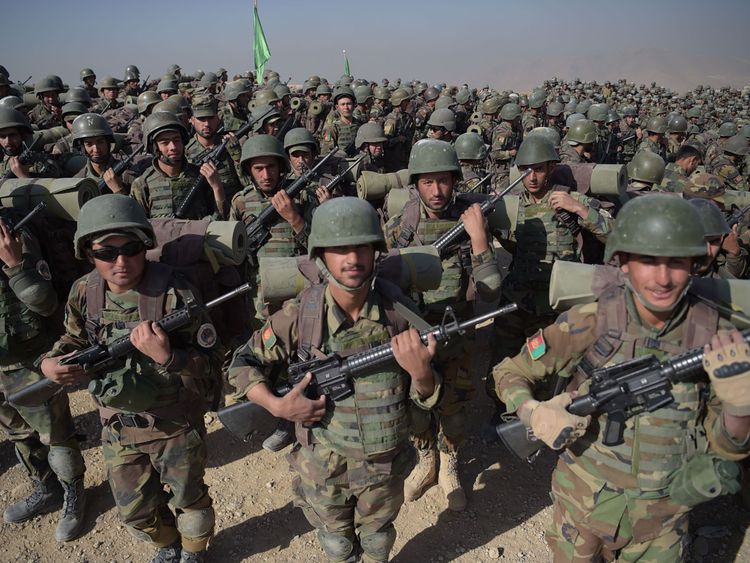 General Abdul Raziq was shot dead by a teenage Taliban infiltrator as he was walking out of a meeting with the top NATO and US commander, General Austin S Miller.

The attacker killed two other people and another 13 people were wounded.

General Miller narrowly escaped the attack and survived a second round fired in the direction of the other dignitaries.

That incident was followed four days later by an attack in Herat province that killed one NATO soldier and wounded two others, with all the victims being Czech.

The Resolute Support mission scaled back its operations following the attacks for several days, avoiding face-to-face contact with Afghan counterparts.

There are currently around 14,000 US troops in Afghanistan, providing the main component of the Resolute Support mission to support and train local forces.

More than 2,000 American soldiers have been killed in Afghanistan since the start of the war in 2001.