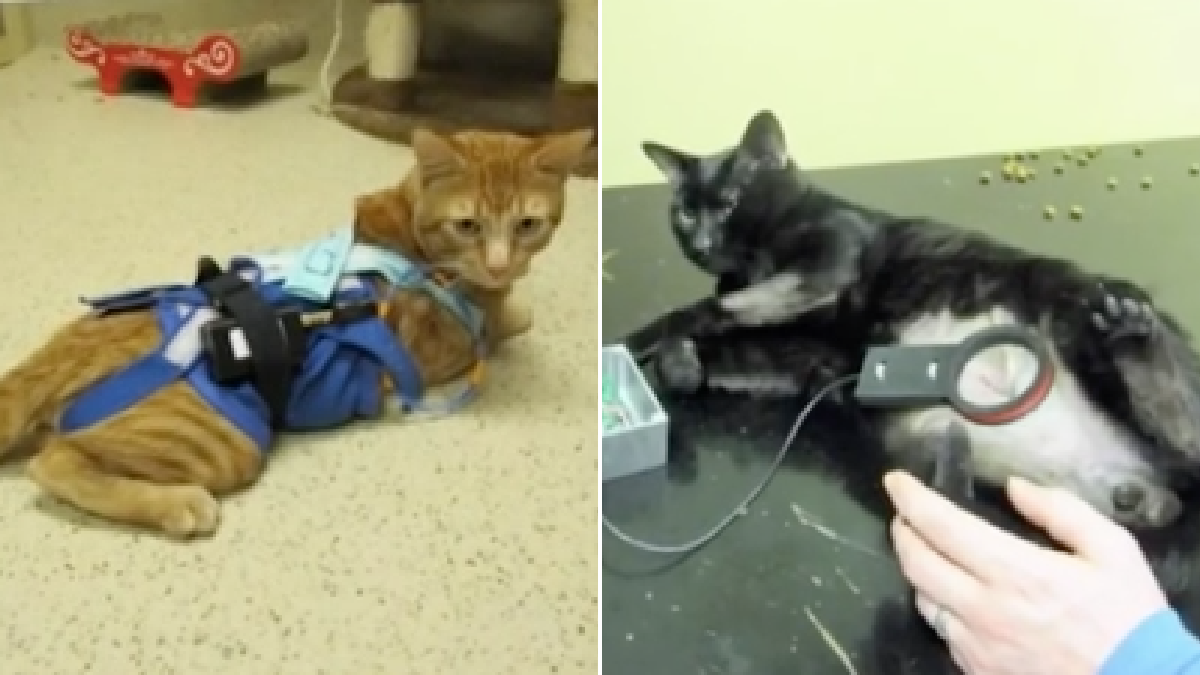 US government officials are spending millions on cats bought from breeders which are then tortured to death for experiments branded ‘pointless.’ The taxpayer-funded animal abuse was carried out by the Department of Veteran’s Affairs at three secretive laboratories across the US, including one in Los Angeles.

One of the victims was Artemis, a one year-old kitty described as ‘purring, friendly and curious.’ Lab workers subjected Artemis to a ‘head implant’ which saw holes drilled into his skull so scientists could study his sleep patterns. He endured three years of tests, before being put down and dissected by scientists.

Others cats were locked in tiny cages and had chemicals injected into their bodies, before being asphyxiated and killed in the name of research. Critics say the animal torture offers no useful scientific data, because cats’ brains are so different to humans.

Madeleine Bernstein, from the LA Society for the Prevention of Cruelty to Animals, said: ‘It blows my mind that we can fight a pandemic with a code, but they have to bash a cat in order to come up with some sleep pattern. It really doesn’t make sense in 2021.

‘The studies that are done on a cat’s brain, most medical experts say will not replicate in the human brain.’ CBS LA reported that the California lab spent $5million torturing cats in 2020 alone.

The Department of Veteran’s Affairs (VA) claimed it has conducted the experiments to try and help develop treatments for injured US servicemen and women. It is the only government-funded department to conduct such tests on animals.

It has vowed to end the experiments in 2021 – but Justin Goodman from watchdog the White Coat Waist Project claims the VA has previously lied about its plans in the past.

Goodman, whose organization sued for access to photos and clips of the cats being tortured, said: ‘Based on our past experience with the VA, we always have to be very careful in accepting anything they say at face value.’

An end to the cat torture could finally be in sight with the introduction of a new Bill at the US Congress called the CATS Act. It aims to permanently ban unnecessary, taxpayer-funded testing on cats.

A similar law called the PUPPERS Act was previously passed to outlaw testing by the VA on dogs.