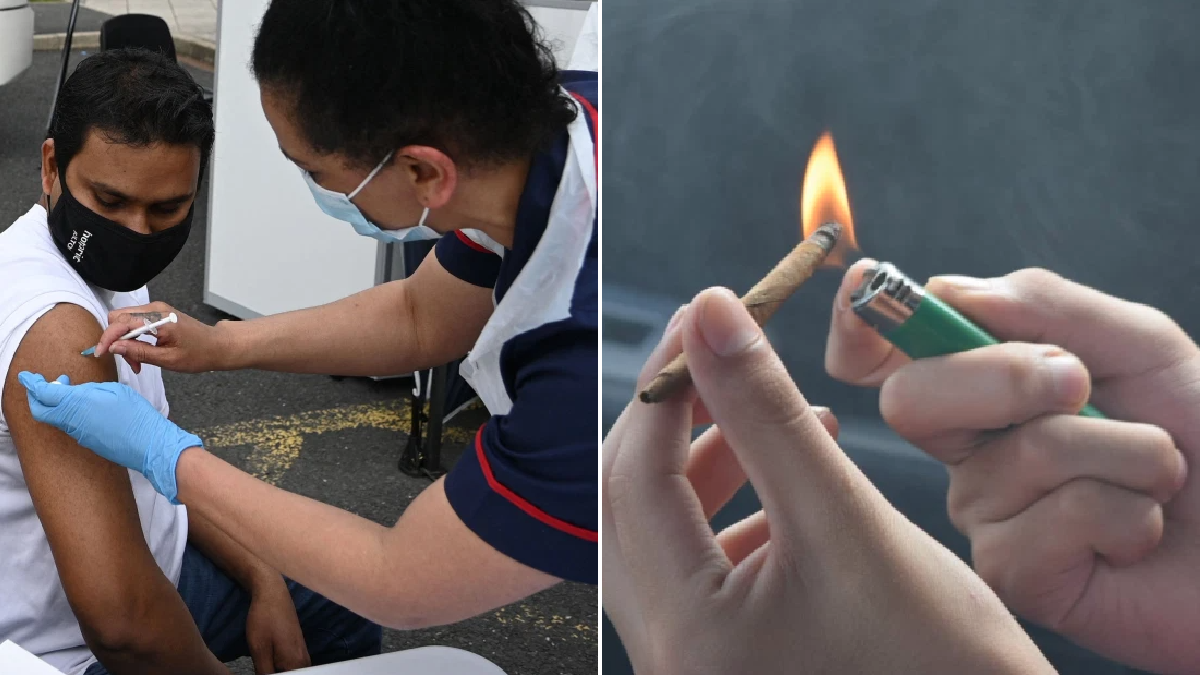 The US state of Washington is offering people a free marijuana joint if they get vaccinated against Covid.

The state’s liquor and cannabis board has said the ‘Joints for Jabs’ scheme is legal and can begin immediate. It means that every adult is eligible to claim a free joint after their vaccination.

Washington follows in the footsteps of many other US states who are offering its citizens incentives in a bid to entice more people to come forward for their jabs. In West Virginia vaccine recipients are being offered the chance to win guns while Ohio is offering five people the chance to win $1 million each.

It comes as the number of people receiving a Covid vaccine in the US has fallen to its lowest level since January. Vaccine take-up rates are plummeting across America with less than 500,000 adults now being vaccinated each day – down from a peak of 3.4 million in April.

Washington’s promotion will run through July 12 as officials scramble to encourage more people to get their jabs. So far in the state 58% of people have received at least one dose, and 49% are fully vaccinated.

Only participating marijuana retailers will be able to provide customers who are 21 or older with a pre-rolled joint at their stores after receiving their first or second dose at a clinic.

The move by Washington’s liquor and cannabis board comes after it previously allowed for a free beer, wine or cocktail to residents with proof of vaccination.

Andy Slavitt, a White House virus adviser, has said the Biden administration has been actively encouraging states to get creative with their vaccination drives.

Earlier this year the President pledged to have 70% of all adults vaccinated by July 4, but the recent slowdown in vaccine take-up has put that target under serious threat.

Currently, 51.5% of Americans – or 170.8 million people – have received a first dose of a vaccine. Those figures include children aged over 12 meaning that when counting just adults, 63.5% have had at least one jab.

In order to reach Biden’s 70% goal percent goal, 16 million more adults will need to have their first shot in the next 28 days.