The US Supreme Court has blocked a prisoner’s execution in Texas after the inmate claimed the state was violating his religious freedom by refusing to let a pastor lay hands on him at the time of his lethal injection.

The court halted the execution three hours before it was scheduled.

The 37-year-old’s lawyer argued the Texas Department of Criminal Justice was violating his First Amendment rights to practice his religion by rejecting his request to have his pastor bless him and pray aloud with him in the death chamber.

He called the ban on vocal prayer a spiritual “gag order”, but lower appeals courts had rejected his argument.

“It is hostile toward religion, denying religious exercise at the precise moment it is most needed: when someone is transitioning from this life to the next,” Seth Kretzer, Ramirez’s lawyer, said in court papers.

Texas prison officials contend that direct contact with a pastor in the death chamber would pose a security risk, while vocal prayer could disrupt the process.

During an execution, the only people who usually speak are some prison officials, the inmate making their final statement, and a doctor who announces the time of death.

Ramirez’s court case is expected to be heard later this year. 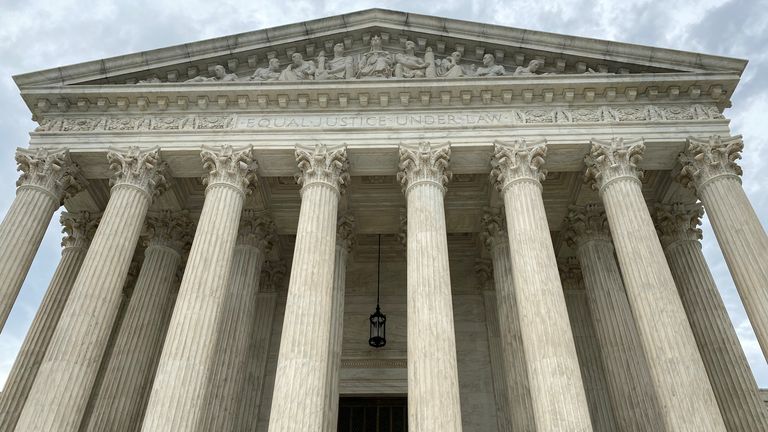 He was in a small holding cell a few feet from the Texas death chamber when he heard the news from an official, who said he shook his head and said: “Thank you very much. God Bless you.”

The Supreme Court has previously granted stays halting several executions in Texas and Alabama in disputes over the presence of clergy or spiritual advisers in the death chamber.

In 2019, Texas convict Patrick Murphy told the court his religious freedom was being violated because his Buddhist spiritual adviser was not allowed to be with him during his execution.

He is still on death row after the Supreme Court accepted his argument and blocked his execution.

At the time, Texas had allowed clergy employed by the prison to accompany inmates into the chamber, but only Christian and Muslim clerics were available.

A new policy implemented in April allows a convict’s approved spiritual adviser to be with them in the room – but they are not allowed to touch them, while vocal prayers are prohibited.

Ramirez was convicted for stabbing 46-year-old father-of-nine Pablo Castro, an employee at a Corpus Christi convenience store, during a series of robberies he orchestrated with two women following a three-day drug binge.

He was arrested three-and-a-half years later, after fleeing to Mexico.

Prosecutor Mark Skurka said “Pablo Castro didn’t get to have somebody praying over him as this guy stabbed him 29 times.

“Pablo Castro didn’t get afforded such niceties and things like to have a clergyman present.”