Ruth Bader Ginsburg, 87, has taken frequent trips to the hospital in recent years for various ailments. 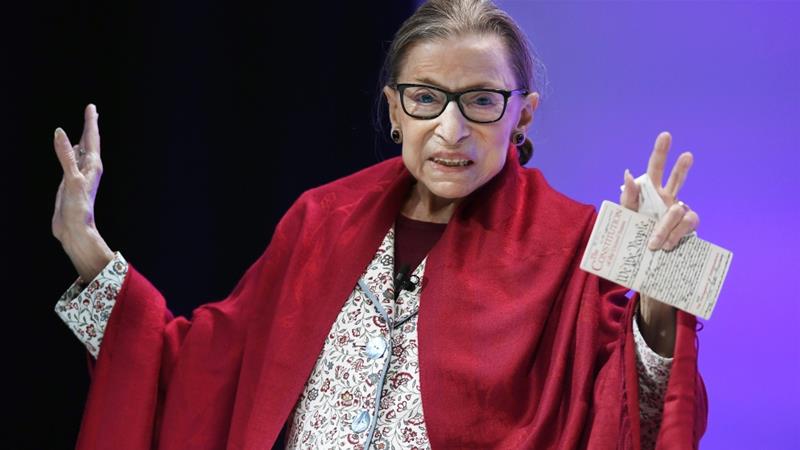 United States Supreme Court Justice Ruth Bader Ginsburg was admitted to a hospital on Tuesday morning for treatment of a possible infection, a court spokeswoman said.

“The Justice is resting comfortably and will stay in the hospital for a few days to receive intravenous antibiotic treatment,” spokeswoman Kathy Arberg said in a statement.

Ginsburg, 87, was initially seen at a hospital in Washington, DC, on Monday night after experiencing fever and chills. She underwent a procedure at Johns Hopkins Hospital in Baltimore on Tuesday afternoon to clean a bile duct stent that was placed last August.

Ginsburg, the court’s oldest justice, has had a series of health scares in recent years. Last May, she underwent nonsurgical treatment for a gallstone that had caused an infection.

The US high court has recently come under calls for increased transparency regarding the health of the justices.

In June, Chief Justice John Roberts fell and hit his head while at a club in Maryland, causing bleeding so severe he spent the night in a hospital.

The news came not from the court, but from a report by the Washington Post, which was then confirmed. It was also made public that Roberts recovered.

Fix The Court (FTC), a New York-based watchdog group that advocates for increased transparency, expressed happiness at Roberts’s recovery, but said the lack of public disclosure could jeopardise the court’s standing.

“The Court is increasingly being drawn into the politics of the day, so anything it does, or doesn’t do, that may erode the public’s trust is concerning,” FTC’s executive director Gabe Roth said in a statement in early July.

“Given this dynamic, the Chief Justice shouldn’t hide the fact he cracked his head open.”

Ginsburg and Justice Sonia Sotomayor have “generally been the most forthcoming about their health, given their cancer and diabetes diagnoses, respectively,” the statement noted, “though relevant updates are often delayed by days or weeks.”