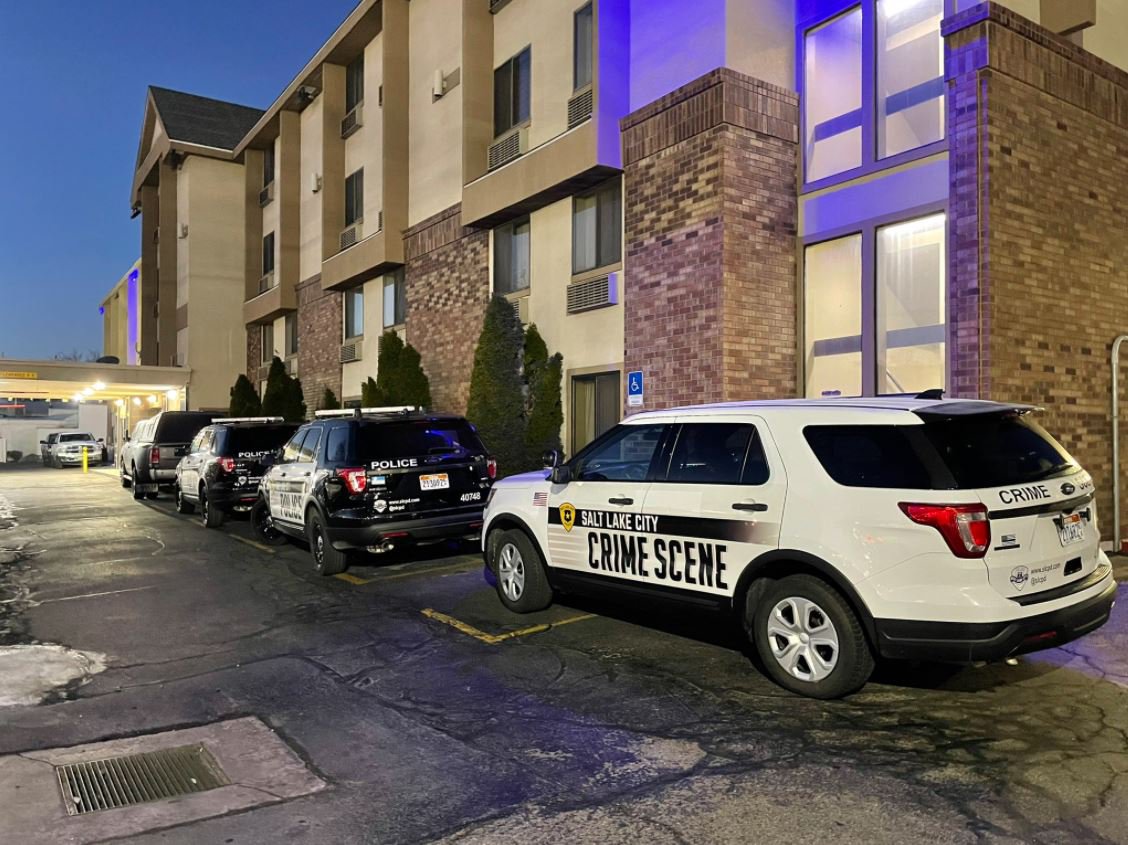 Authorities in Utah have charged a graduate student from China with murder for allegedly killing his 19-year-old girlfriend by injecting her with a fatal dose of heroin as part of a failed suicide pact.

Haoyu Wang, 26, sent an email to a University of Utah staff member explaining that he and his girlfriend had ordered heroin and fentanyl on the ‘dark web’ and planned on committing suicide together.

In the email Wang reportedly told the staff member he had already injected his girlfriend with a lethal amount of heroin in order to ‘relieve her suffering,’ according to an arrest affidavit obtained by the Washington Post.

Wang indicated in the email that he and his girlfriend would both be dead by the time they were found, but when police entered the motel room around 6am Friday, only Wang was alive.

Police arrived at the motel as part of an investigation into the welfare of the 19-year-old woman.

‘Officers received information from the University of Utah Police Department of a man who made threats to kill his girlfriend,’ a statement from the Salt Lake City Police said. ‘When law enforcement entered the motel room, they located … Wang and a 19-year-old non-responsive woman.’

While at the motel, the pair snorted heroin, Wang told police. His girlfriend vomited and became unresponsive, which prompted Wang to inject her with a high dose of heroin ‘with the intent to kill her and relieve her suffering,’ the affidavit states. After injecting the victim, she died, Wang told police.

Wang then injected himself with heroin and stayed in the room until police arrived, according to the affidavit.

Wang was taken into custody, where he is now being held without bail on a charge of ‘knowing and intentional’ murder. Police are investigating the case as a ‘domestic violence-related homicide.’

Wang’s girlfriend, 19, has not been publicly identified, though police have confirmed that she was living with Wang at the time of her death. Wang is a Chinese citizen who was receiving a graduate degree. The University of Utah identified his girlfriend as an ‘international undergraduate student.’

In a statement, the university called her death ‘a loss to our campus community.’

‘The death of any young person embarking on adult life is devastating,’ the statement said. ‘And, unfortunately, domestic violence is more prevalent than many of us are aware, even among college students.’

The 26-year-old has a record of abuse. In January, Wang was charged with assault for hitting his girlfriend during an argument at another hotel, according to a probable cause affidavit in that case.

He was released from jail to await trial after being deemed low risk of committing a violent crime, court documents show.