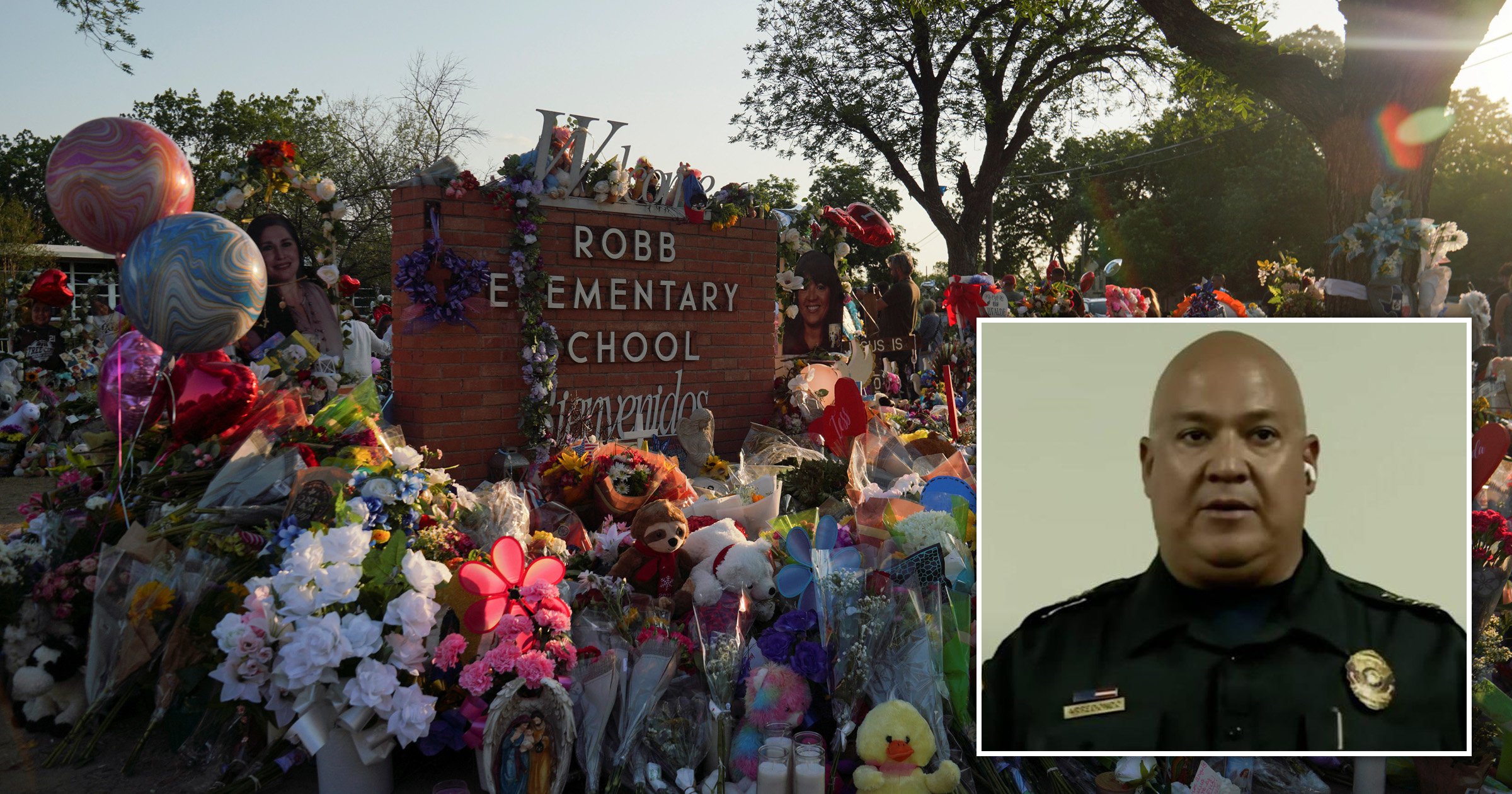 The Texas police chief criticized for his handling of the May 24 shooting at Robb Elementary School has defended the police response to the massacre that saw 19 children and two teachers killed.

Pete Arredondo, the police chief of the Uvalde school district told the Texas Tribune that officers never ‘hesitated, even for a moment, to put themselves at risk.’

Arredondo has come under fire for his actions during the shooting, which was one of the deadliest school massacres in US history. In his first public comments since the tragedy, he said he did not consider himself to be the person in charge, and had assumed someone else had taken control of the law enforcement response.

As the shooting unfolded inside Robb Elementary School, Arredondo ordered officers to treat the gunman as a ‘barricaded subject’ — and not an active shooter. Arredondo said no one told him about the 911 calls coming in from inside the building during the 77 minutes before the gunman was taken down.

Arredondo told the paper he considered himself a frontline responder — just not the one managing the broader response.

The police chief’s statements come after a new report in the New York Times describes a briefing to state officials that ‘more than a dozen of the 33 children and three teachers originally in the two classrooms remained alive during the 1 hour and 17 minutes’ from when the shooting began to when officers initially entered.

According to the Times, ‘investigators have been working to determine whether any of those who died could have been saved if they received medical attention sooner.’ At least one teacher and three children died after being evacuated from the school.

Arredondo defended the actions of the officers to the Tribune, he held back from the door for 40 minutes to avoid provoking gunfire and tried dozens of keys brought to him, all of which failed to work.

‘Not a single responding officer ever hesitated, even for a moment, to put themselves at risk to save the children,’ Arredondo said. ‘We responded to the information that we had and had to adjust to whatever we faced. Our objective was to save as many lives as we could, and the extraction of the students from the classrooms by all that were involved saved over 500 of our Uvalde students and teachers before we gained access to the shooter and eliminated the threat.’

Arredondo’s account of the events and the records obtained by the Times were both published Thursday as officials have struggled to present an accurate timeline of the shooting.