When Crisann Holmes’s employer announced last month that it would require all employees to be vaccinated against Covid-19 by Nov. 1, she knew she had to find a way out.

She signed a petition to ask the company to relax its mandate. She joined an informal protest, skipping work with other dissenting employees at the mental health care system where she has worked for two years. And she attempted a solution that many across the country are now exploring: a religious exemption.

“My freedom and my children’s freedom and children’s children’s freedom are at stake,” said Ms. Holmes, who lives in Indiana. In August, she submitted an exemption request she wrote herself, bolstered by her own Bible study and language from sources online. Some vaccines were developed using fetal cell lines from aborted fetuses, she wrote, citing a remote connection to a practice she finds abhorrent. She quoted a passage from the New Testament: “Let us purify ourselves from everything that contaminates body and spirit.”

Major religious traditions, denominations and institutions are essentially unanimous in their support of the vaccines against Covid-19. But as more employers across the country begin requiring Covid vaccinations for workers, they are butting up against the nation’s sizable population of vaccine holdouts who nonetheless see their resistance in religious terms — or at least see an opportunity. Vaccine-resistant workers are sharing tips online for requesting exemptions to the requirements on religious grounds; others are submitting letters from far-flung religious authorities who have advertised their willingness to help.

The conflict was picking up steam even before President Biden announced sweeping new workplace vaccine mandates on Thursday. The new orders will require the vast majority of federal workers and those who work for large private employers to get vaccinated or submit to weekly testing. Overall, the mandates are expected to affect 100 million American workers.

U.S. businesses have spent the past 18 months dealing with a series of logistically and politically contentious challenges raised by the pandemic, including shutting down workplaces, requiring masks and reopening, combined with widespread labor shortages. The new battle over vaccine exemptions is especially fraught, pitting religious liberty concerns against the priority of maintaining a safe environment.

“How much can we ask? How far can we push? Do we have to accommodate this? Those are the questions employers are trying to figure out,” said Barbara Holland, an adviser at the Society for Human Resource Management. And: “How do I tease out who’s not telling the truth?” 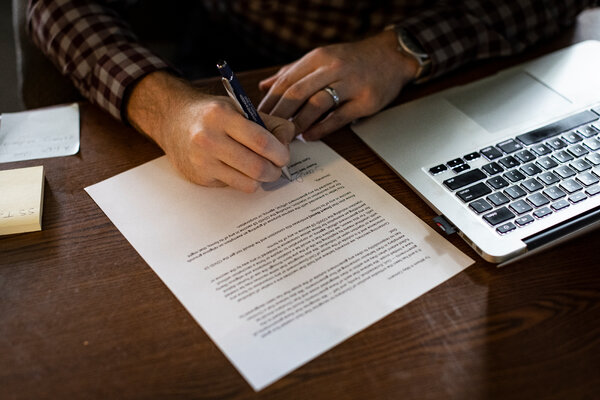 Liberty Counsel filed suit on Friday against officials in New York over the state’s attempts to deny religious exemptions from its vaccination mandate for health care workers. “The consequences of these forced edicts are enormous,” Mr. Staver said, citing the possibility of labor shortages if health care workers quit or are fired en masse.

In many communities, large public employers are already dealing with a surge in requests. In Tucson, Ariz., 291 workers requested religious exemptions after the city announced a vaccine mandate for its employees. The city assigned four administrators to sort through the requests. They have approved slightly more than half so far, and denied 15, with some requests for further information still pending, according to Ana Urquijo, the interim assistant city manager.

Some private employers are taking a hard line. On Wednesday, United Airlines told workers that those who receive religious exemptions will be placed on unpaid leave at least until new Covid safety and testing procedures are in place.

Exemption requests are testing the boundaries of the federal Civil Rights Act of 1964, which requires employers to provide reasonable accommodations for employees who object to work requirements based on religious beliefs that are “sincerely held.”

To the benefit of objectors like Ms. Holmes, the provision defines “religion” broadly. The Equal Employment Opportunity Commission has specified that religious objections do not have to be recognized by an organized religion and can be beliefs that are new, uncommon or “seem illogical or unreasonable to others.”

They cannot, however, be based only on social or political beliefs. That means employers must try to distinguish between primarily political objections from people who may happen to be religious, and objections that are actually religious at their core.

For many skeptics, resistance tends to be based not on formal teachings from an established faith leader, but an ad hoc blend of online conspiracies and misinformation, conservative media and conversations with like-minded friends and family members.

“People who have already made up their minds are now looking for ways to continue to exempt themselves from the Covid vaccine,” said Joshua Williams, a pediatrician and assistant professor of pediatrics at the University of Colorado.

Mr. Williams’s prepandemic research into school immunization requirements suggests that most objections described as religious to vaccines are really a matter of personal — and secular — beliefs. After the state of Vermont removed its vaccine exemption for nonreligious personal beliefs in 2016, the proportion of kindergarten students with a religious exemption shot up from 0.5 percent to 3.7 percent, suggesting that most parents who took advantage of religious exemptions did so only when others were not available.

Apple, Microsoft, Tyson Foods and Disney are among the major private employers who announced this summer that they would require at least some of their workers to be vaccinated. Since the Food and Drug Administration granted full approval to Pfizer-BioNTech’s coronavirus vaccine on Aug. 23, others are quickly following.

As mandates take effect and the Delta variant surges in many regions of the country, some former skeptics are submitting to shots. The Biden administration said that roughly 14 million people in the United States received their first shot in August, about 4 million more than in July.

But among others, desperation to avoid the vaccines is rising. In Paducah, Ky., Drew Kirk and his wife, who he asked not to be named, were strategizing about how to use a religious exemption at the hospital she works for, which recently announced a vaccine mandate for employees.

“There are many reasons we don’t want to take it, and faith is one,” Mr. Kirk said. Their concerns include a perception that the vaccine was rushed, problems with what they have read about the vaccine’s remote connection to abortion and similarities to the biblical “mark of the beast,” a symbol associated with the Antichrist. They also are not overly worried about the virus itself.

Online, a loose web of largely independent faith leaders has volunteered to provide exemption letters to those who request them. An independent evangelist in Texas is offering letters online in exchange for a donation. In California, a megachurch pastor is offering a letter to anyone who checks a box confirming the person is a “practicing Evangelical that adheres to the religious and moral principles outlined in the Holy Bible.”

The letters aren’t necessary, experts say, but can help bolster claims that religious objections to the vaccine are sincere.

Other clergy have offered exemption letters to those in their own flocks, often emphasizing freedom of conscience rather than specific dangers of the vaccine itself.

In rural Hudson, Iowa, Sam Jones has informed his small congregation at Faith Baptist Church that he is willing to provide them with a four-paragraph letter stating that “a Christian has no responsibility to obey any government outside of the scope that has been designated by God.”

He said that he has signed about 30 letters so far and is aware of a handful of instances in which a member’s religious exemption was accepted by the employer.

In Indiana, Ms. Holmes’s wariness about the vaccine was reinforced by her own research. She tuned into a “health and freedom” conference hosted by an anti-vaccine podcast host, and downloaded materials from America’s Frontline Doctors, an organization that peddles false information about the vaccines and promotes as a treatment the livestock drug ivermectin, which the Food and Drug Administration has not approved for treating Covid and has warned can cause serious harm in large doses.

Threatened with a formal reprimand if she skipped work in protest, Ms. Holmes woke up in the middle of the night with a Bible verse from the book of 2 Timothy in her mind: “For God has not given us a spirit of fear, but of power and of love and of a sound mind.” She stayed home. (A spokeswoman for Centerstone, the mental health care system where she works, said the protest was small and that “a relatively small number” of its 4,000 employees in four states have requested religious or medical exemptions so far.)

A few weeks after she submitted her exemption request, her employer requested more information, sending her a form for a religious leader to fill out to back up her account of her beliefs. “I was livid,” she said. “Religion doesn’t require a leader.” But a pastor at her church, EUM Church in Greenville, Ohio, agreed to fill out the form.

Ms. Holmes is awaiting a final ruling from her employer. She is willing to lose her job if it comes to that. “If I don’t fight for my rights, who will?” she asked. “I know God’s got my back.”