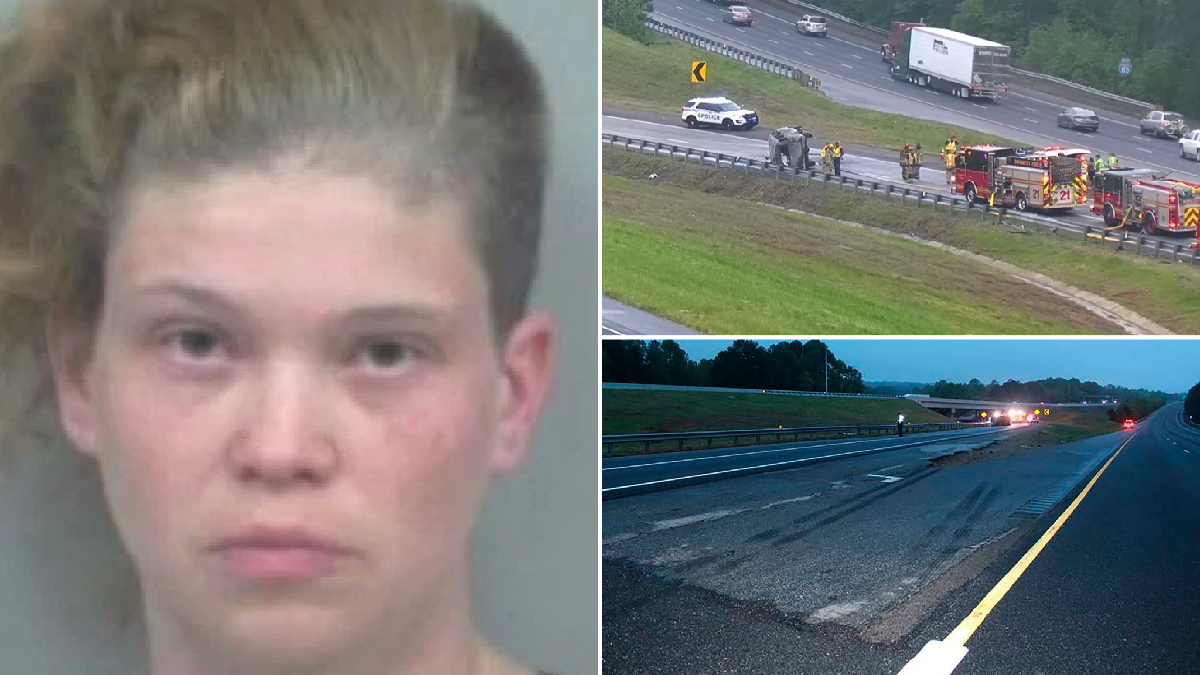 A female van driver has been accused of killing six people after losing control while carrying 15 passengers and causing a fiery wreck.

Monica Manire, 32, has been charged with six counts of homicide and reckless driving after the van she was at the wheel of flipped on its side and burst into flames.

The devastating roadside blaze happened on interstate in Atlanta, Georgia, on Saturday. Manire is alleged to have made a reckless lane change which caused the van to topple over, slide across the tarmac and smash into traffic barriers.

The impact caused the 2002 Dodge Ram to burst into flames with 16 people, including Manire, trapped inside.

Six of the passengers, all women from Georgia who were aged between 26 and 53, died in the inferno while Manire and nine other passengers survived.

All of the passengers were sober living residents and were being transported to a recovery meeting by Manire when the deadly crash happened, reports Fox 5 Atlanta.

The six women who died have been named as Alishia Carroll, 34, from Columbus, Kristie Whitfield, 44, from Mount Airy, Ashleigh Paris, 26, from Kennesaw, Tina Rice, 53, from Atlanta, Normisha Monroe, 38, from Norcross and Rose Patrick, 34, from Ellabell.

According to Gwinnett County police, Manire, from Byron, made a reckless lane change which caused the van to flip on its side after a second unidentified van unexpectedly changed lanes ahead of her.

The sudden movement caused Manire to lose control of the van, which rolled onto its side and slid across two lanes of the interstate, according to police.

That’s when the van then burst into flames, killing the six women.

Medics rushed nine other people to the hospital that evening with injuries ranging from from cuts and bruises to severe burns.

Investigators would still like to hear from other drivers who witnessed the crash.

Manire is being held at the Gwinnett County Jail pending her first court appearance.