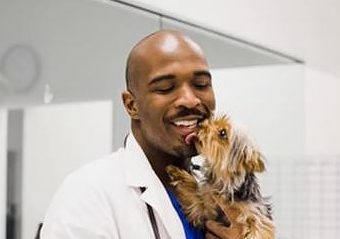 A vet who sexually abused dogs and posted bestiality videos online has been jailed for more than 21 years.

The 40-year-old was arrested after police found videos he produced of himself having sex with dogs.

Prentiss would share the footage with other people on the internet.

He also received numerous images of child abuse, stored them on his phone, and chatted about them online.

Madden pleaded guilty to possessing child abuse images, as well as animal crush and animal torture charges, which include bestiality.

His lawyers tried to argue for a lighter sentence after Madden claimed to have suffered mental problems due to abuse by his parents as a child.

But he was sent to prison on Friday by US District Judge Jose Martinez in Miami.

When he is released, Madden will remain on probation for 25 years, and must register with Florida as a sex offender.