The US vice president has demanded an end to the violence engulfing the country, in a hastily changed speech to the Republican National Convention (RNC).

It comes after Donald Trump dispatched the national guard to Kenosha near Milwaukee to “restore law and order”, after the shooting of black man Jacob Blake by a police officer triggered more protests in the US.

“Let me be clear: the violence must stop. Whether in Minneapolis, Portland, or Kenosha,” Mike Pence said in his RNC speech. 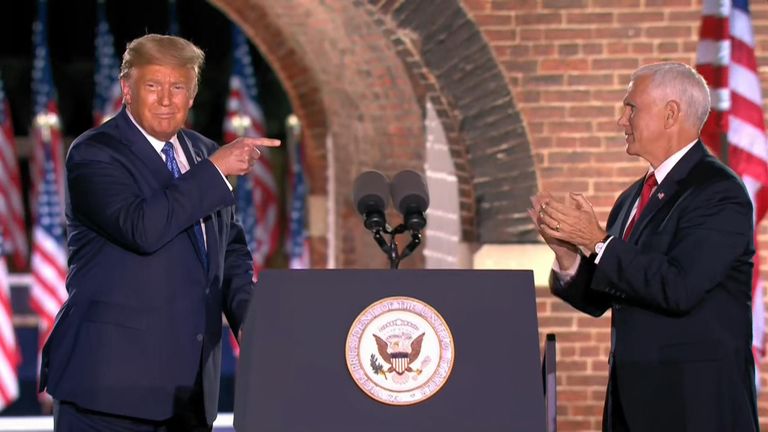 “Too many heroes have died defending our freedoms to see Americans strike each other down.

“We will have law and order on the streets of America.”

Mr Pence also lambasted people who have attempted to take down statues in the US, while asserting that the Trump Administration supports the right to free speech and peaceful protest in his address from Fort McHenry, close to Washington DC.

The vice president’s speech rounded out a third day at the RNC, which largely blamed Democrats for the violence and rioting in the wake of a series of shootings of black people by police.

Another major speaker on Wednesday evening was outgoing White House adviser Kellyanne Conway, who used her slot to attack the Democrat’s candidate Joe Biden, and his running mate Kamala Harris.

“A woman in a leadership role still can seem novel. Not so for President Trump,” she said.