Rosanne Boyland, a 34-year-old Trump supporter from Georgia who died during the attack on the Capitol on Jan. 6, appears to have been killed in a crush of fellow rioters during their attempt to fight through a police line, according to videos reviewed by The Times.

Though the videos have circulated widely, Ms. Boyland’s presence in them had gone unnoticed until now, and the manner of her death had previously been unclear. The videos show her body on the ground just outside a door on the Capitol’s west side that was the scene of some of the day’s worst violence.

Her clothes and backpack strap in the videos match those she was seen wearing in a picture of her taken earlier that day, and two witnesses, one of whom tried to help her, gave similar accounts of her death. 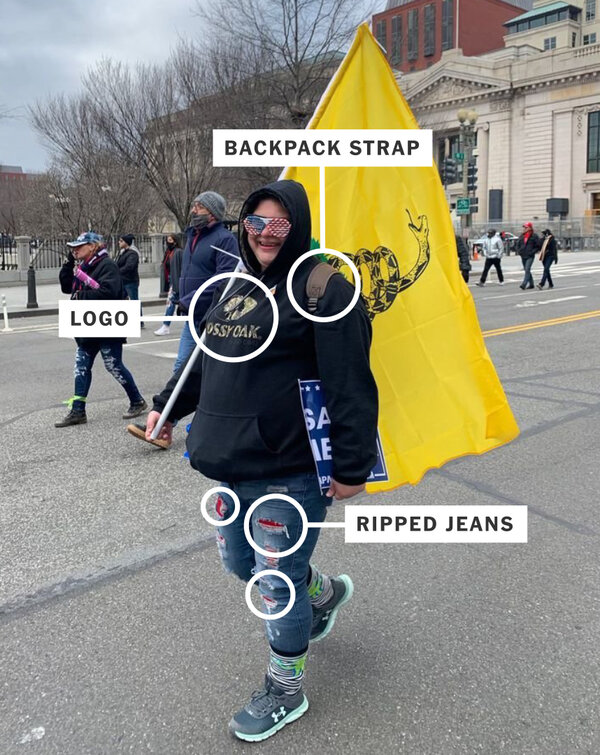 Here is how the fatal rush unfolded.

Around 2:30 p.m., rioters on the west side of the Capitol forced their way through lines of Metropolitan Police officers and swarmed to a second-level promenade. There, they headed toward a door and tunnel traditionally used by presidents when they emerge for their inauguration, hoping to breach the Capitol.

As soon as the crowd entered the tunnel, they were met by a line of riot police. Even as they began to push, a rioter could be heard on video warning: “Stop pushing, somebody’s going to get hurt.”

“All right, we’re on the Capitol steps, and they broke through the police line and people are going in. The doors are open!” “Stop pushing! Somebody’s going to get hurt.” 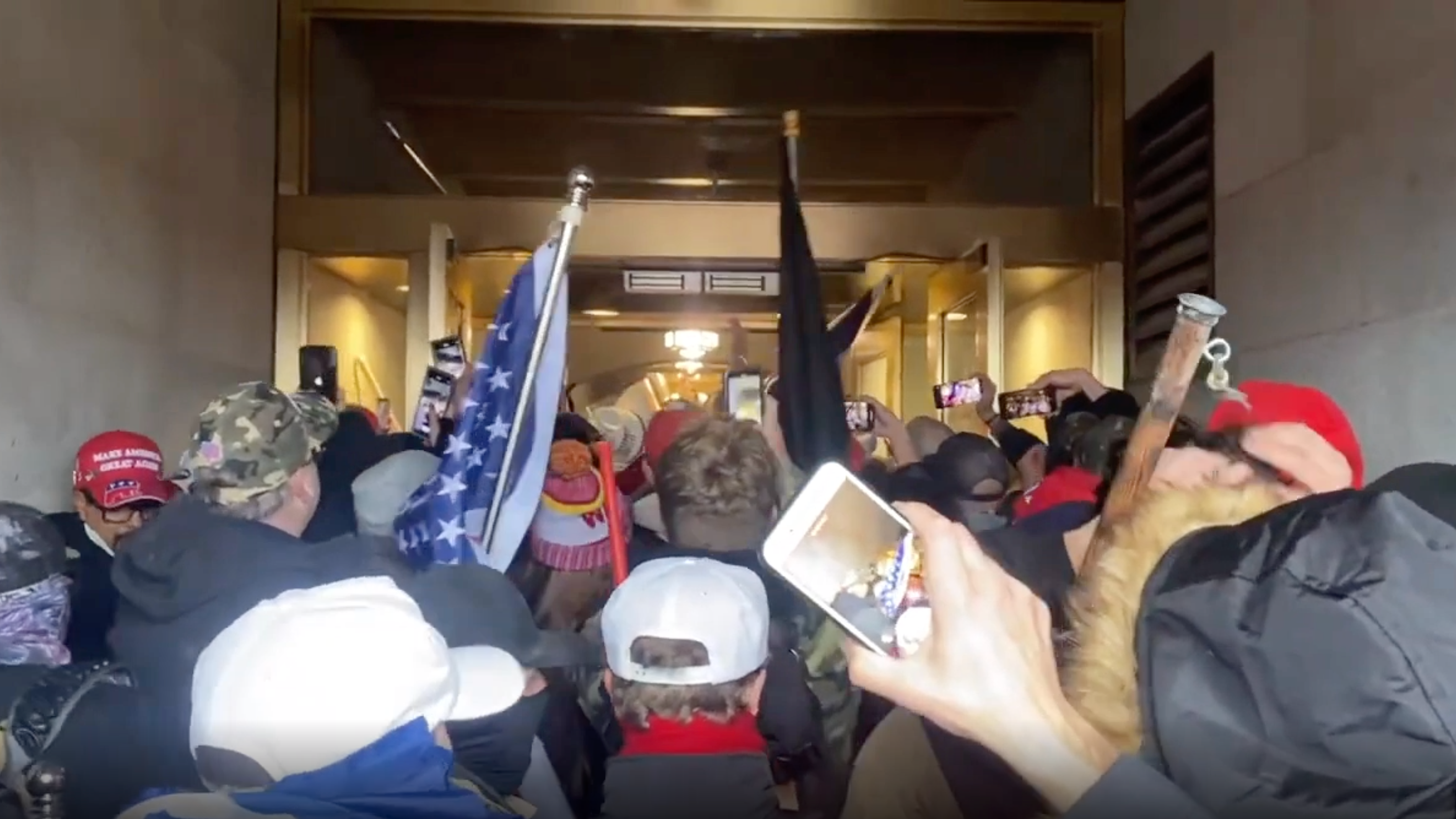 Within half an hour, the hallway became packed with rioters. Around 2:50 p.m., an independent photojournalist, Jon Farina, entered and began filming.

The mob, which can be seen massed together in a dangerous crush, attacked officers and attempted to use the weight of their combined bodies to push the officers back, trapping many people in the process. Both sides filled the air with chemical irritant sprays they fired back and forth.

The battle inside continued for another hour, as new arrivals eagerly joined the line of rioters filing into the packed hallway to replace those who were injured or tired. Somewhere among these new arrivals, though not visible on video, were Ms. Boyland and her friend Justin Winchell, who had accompanied her to the protest.

For the next seven minutes, he can be seen pulling people away, appearing to search for Ms. Boyland as rioters continue to tumble out of the door. There is a lull in the fighting, and the crowd chants “I can’t breathe!” — a rallying cry of Black Lives Matter protests.

“It’s not a peaceful protest.” 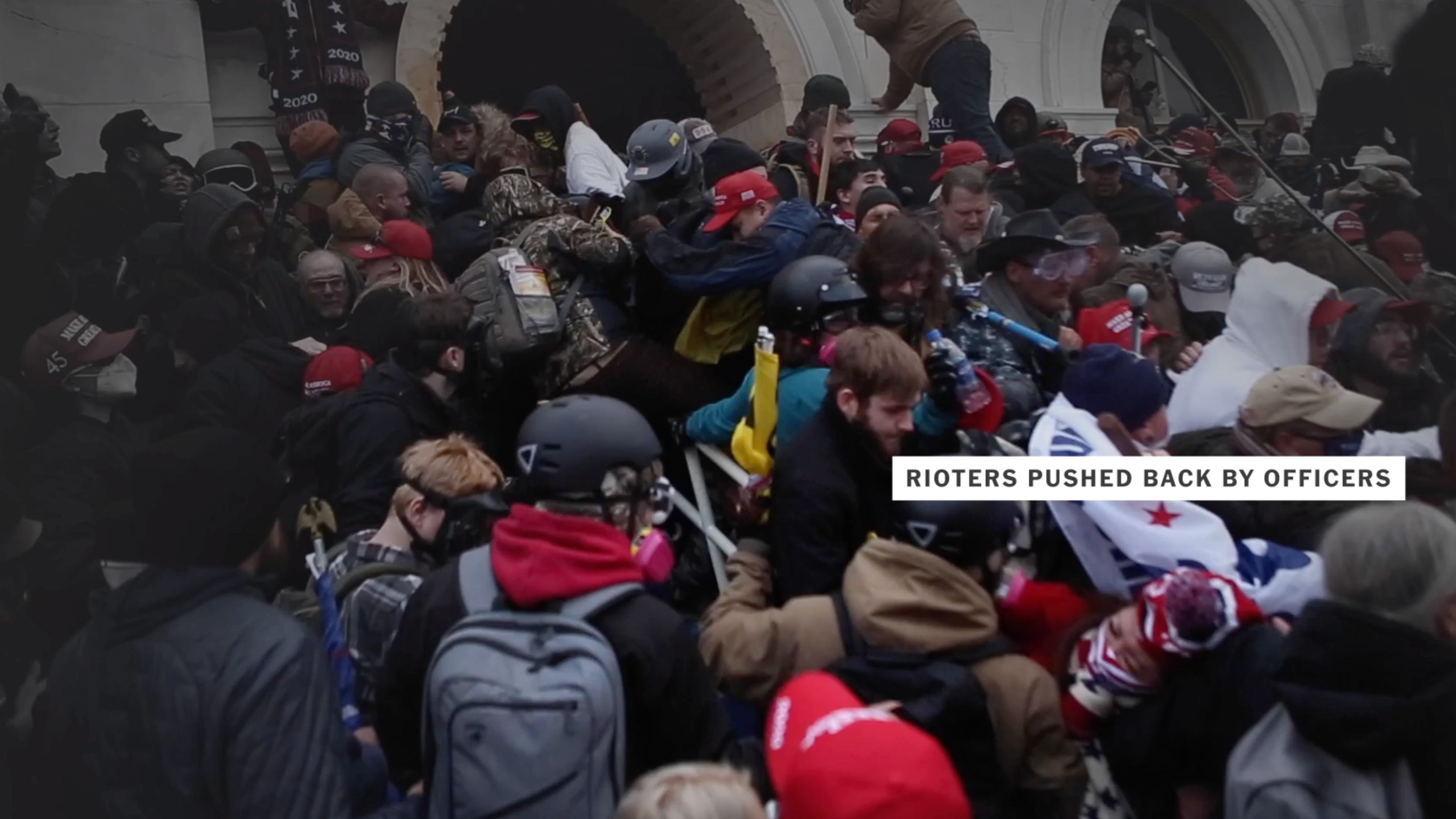 It is unclear from the videos if Ms. Boyland was alive at this time, but two rioters — one wielding a stick and the other a crutch — launched a new attack on the police at 4:17 p.m., making it virtually impossible for officers to give her aid, if they were able to notice her at all.

In the chaos, two men spotted Ms. Boyland on the ground and dragged her away from the door. 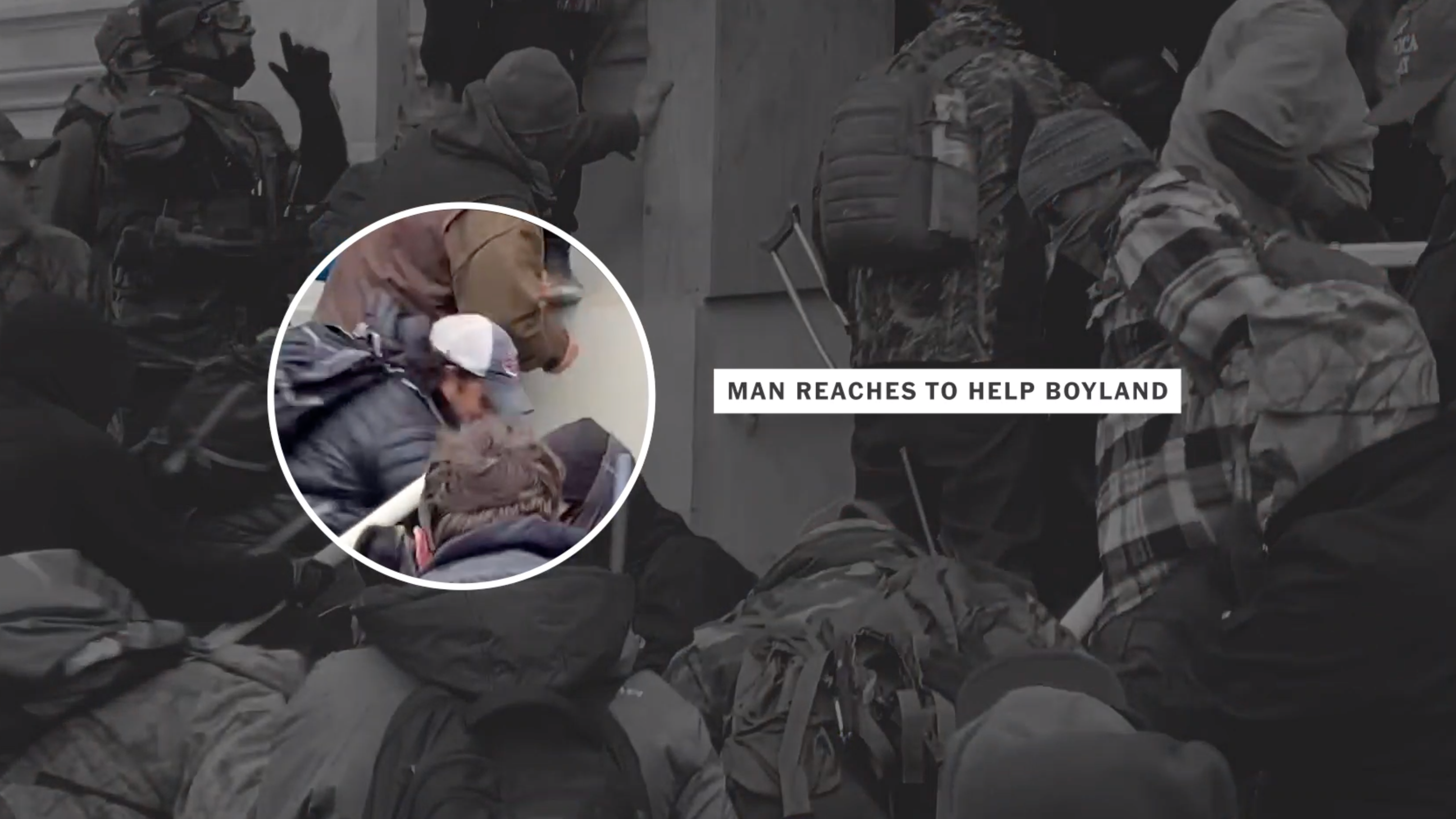 The men laid Ms. Boyland out on the steps and attempted to resuscitate her. At least two individuals can be seen on video providing CPR. At the top of the steps, another man, wearing a purple jacket, can be seen apparently negotiating with the police so that the rioters can get Ms. Boyland assistance.