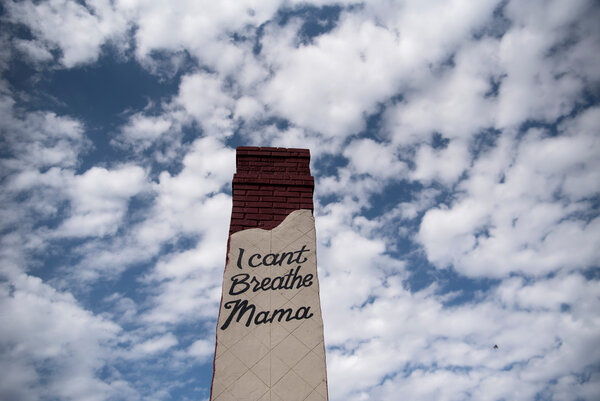 Body camera footage of George Floyd’s death captured one of the officers saying that he was “worried about excited delirium or whatever,” invoking a longstanding controversy over a term that is often invoked in police custody deaths. Some experts insist that excited delirium syndrome is a genuine medical condition while others say it is simply an excuse for police brutality.

In opening statements, the defense mentioned excited delirium only in passing, but did say that a contributing factor to Floyd’s death was “the adrenaline flowing through his body.”

There is no generally accepted definition of excited delirium, according to a 2018 review of the scientific literature, but it is used to describe someone who becomes distressed or aggressive from a mental illness or the use of psychoactive drugs.

It is not included in the International Classification of Diseases or the Diagnostic and Statistical Manual of Mental Disorders, but has been recognized by the National Association of Medical Examiners and the American College of Emergency Physicians.

According to a report by the Brookings Institution, the term is disproportionately applied to Black people, and was first used in 1985 to explain a series of sudden deaths in cocaine users, occurring primarily in police custody, and again to explain the deaths of 32 Black women in Miami in the 1980s, who were later determined to have been asphyxiated by a serial killer.

Today on the stand, Dr. Bradford Wankhede Langenfeld, who tried to resuscitate Mr. Floyd in the emergency room and pronounced him dead, said he had considered but ultimately rejected excited delirium as a contributing factor in his death, conceding that it was a “controversial diagnosis.”

There was no report that Mr. Floyd had ever been “very sweaty” or “extremely agitated,” he said. “I’ve seen a lot of cases of mental health crises or drug use leading to severe agitated states,” he said. “That is almost always reported by paramedics, and so the absence of that information was telling.”