Weather: Sunny and pleasant, with a high in the upper 60s. It warms to the upper 70s on Saturday, then cools off again on Sunday, with a scattered sprinkle. 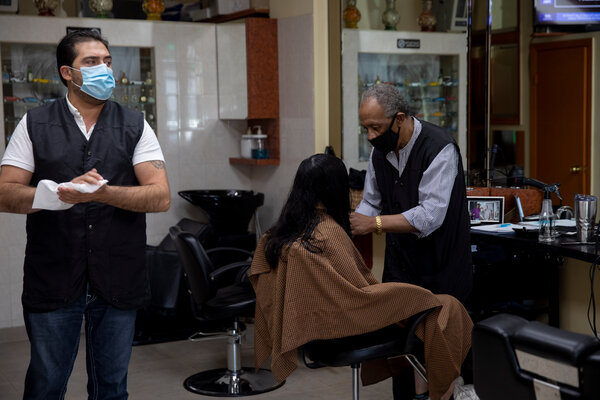 Each of the politicians issued maps designating coronavirus hot spots in Brooklyn and Queens where schools and businesses would have to close and houses of worship would be restricted, based on his preferred method of drawing boundaries.

The maps overlapped and contradicted each other. Businesses and schools to be closed on one map were not on the other.

Religious leaders, local officials and residents acknowledged the need to prevent a full-blown second wave of the coronavirus, but they bridled at the haphazard way the new measures were announced.

[How will we know a second virus wave has arrived in the city?]

After much back-and-forth between state and city officials, searchable maps were finally released on Wednesday night, but many residents remained confused as restrictions began to go into effect.

How we got here

Sunday: Mr. de Blasio proposed his ZIP-code-based plan, which he wanted to start on Wednesday. But he needed Mr. Cuomo’s approval to put it into action.

Monday: Mr. Cuomo approved school closures but moved them up to Tuesday, giving parents and teachers less time to prepare.