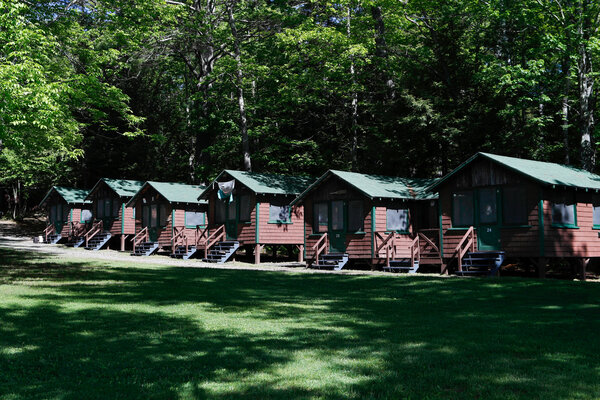 A look ahead at camp

After a year of isolation, many children are looking forward to summer camp with more than the usual excitement. Whether they have been stuck at home, blocked from recess or kept distant from friends, camp will offer a chance to escape their parents’ and teachers’ closer-than-usual supervision and connect with their peers.

At a recent barbecue for new campers at Camp Kinder Ring, a Jewish overnight camp in Dutchess County, New York, one 10-year-old couldn’t wait to interact with other kids without being surrounded by a clear plastic barrier, said Marc Rauch, the camp’s director.

But of course, the pandemic is not over, and many campers will still be unvaccinated, so camp won’t look the way it did in 2019. (Many camps, including most overnight camps, didn’t operate last year.) So what protocols will be in place this summer?

Some states have not yet released regulations for camps. The C.D.C. issued guidance last month, but some experts criticized it as overly draconian. Now, in the wake of the agency’s advice last week that vaccinated people don’t have to wear masks, the agency has said it will update its camp recommendations “very soon.”

The good news is that, with each subsequent update, the rules become less strict.

“This time last year, every week the guidelines got harder and harder,” said Ron Hall, the executive director of the Association of Maine Summer Camps. “This year it is sort of the opposite.”

Here is what is generally clear at this point:

Many overnight camps will try to offer as close to a normal camp experience as possible by creating an N.B.A.-style “bubble.” Students and staffers will get tested for the coronavirus shortly before they arrive at camp, upon their arrival, and then again five days later.

During the first week, they will interact closely only with their bunkmates, wearing masks when they spend time with others outside that group. But after the first week, if everyone has tested negative, each camper’s circle can get larger.

“The longer it goes on, the more safe and secure we feel,” said Mark Benerofe, the chief executive of CampGroup, which operates camps at 11 sites throughout the Northeast and Midwest. “It’s more, I would say, a dimmer than just flipping a switch.”

For day camps, which can’t create bubbles, the situation is more complicated. The current C.D.C. guidance says that children at day camps should wear masks all the time, including outdoors, except when eating, drinking or swimming.

But that could change. On Monday, Massachusetts, which has one of the highest vaccination rates in the country, said that children would no longer be required to wear masks when outdoors at schools or camps.

Some are optimistic that other states might follow suit. “We’re hopeful that outdoor masking is not going to be a big part of the summer,” Mr. Benerofe said.

The future of remote learning

Should school districts continue to offer the option of remote learning next year? It’s a matter of urgent debate, with some saying that in-person classes are clearly better, and that continuing to offer a remote option sends parents the message that schools aren’t safe.

But others argue that some parents and children are happier in remote learning and they should be accommodated.

On Monday, New Jersey’s governor, Philip Murphy, said families in his state would no longer have the option of sending their children to school virtually next year, in one of the bolder efforts to push families and districts to get children back in school.

As of right now, some of New Jersey’s largest school districts have not yet reopened to all students, and many families continue to keep their children in distance learning, according to our colleague Tracey Tully.

Other states in the Northeast are moving in Murphy’s direction. Connecticut has said it won’t require districts to offer virtual learning next fall. And Massachusetts has said that parents will be able to opt for remote participation only in limited circumstances.

In California, Gov. Gavin Newsom and some state lawmakers want to eliminate, or at least substantially curtail, remote options. But school districts and some parents, particularly of Black students, are pushing back.

Whether schools will (or can) require masks in the fall is also up for debate. Several states have already allowed schools to relax mask requirements in the final weeks of this academic year, against C.D.C. guidance. Many more may follow.

On Monday, Gov. Andy Beshear of Kentucky, a Democrat, said he did not expect that the state would require masks in schools for the next academic year. The Republican governors of Mississippi and Utah have said the same. And the superintendent of Miami-Dade County Public Schools, the country’s fourth-largest school district, has said that masks will likely be optional next year.

Gov. Greg Abbott of Texas has gone even further, issuing an executive order on Tuesday that prevents most government entities, including school districts and public universities, from requiring masks, starting on Friday.

A group of men tried to break into an affinity house for L.G.B.T.Q. students at Bucknell University last week, terrifying and traumatizing residents.

The University of California, one of the largest public university systems in the country, will no longer consider SAT and ACT scores. But Georgia’s public universities will require test scores from applicants again in 2022.

The Northwestern University athletic director resigned amid concerns of his past handling of sexual harassment and racism.

Bloomsburg University severed ties with all of its fraternities and sororities.

Students are calling for colleges to establish Asian-American studies programs amid the current uptick in violence.

For some college students, this year was not all bad, our colleague Anemona Hartocollis reports.

A good read from The Times: Colorado Mesa University had, perhaps, the most sophisticated system in the country to manage outbreaks. Its innovative experiments have global implications for epidemiology and public health.

Children 12 to 15 are now eligible to receive Pfizer’s coronavirus vaccine. In Kansas, hundreds lined up at Topeka High School to get their first dose.

Some teenagers are eager to get vaccinated. But some parents who are usually not anti-vaxxers aren’t so sure.

The commission to commemorate the centennial of the 1921 Tulsa race massacre ousted Gov. Kevin Stitt of Oklahoma after he signed a bill that banned schools from teaching certain concepts about race.

A good read from The 74: Ila Kumar, a high school senior, wrote about starting a relationship during the pandemic. “It could be my distance from everyone else that amplifies my closeness to him,” Kumar writes. “When I look at him, I feel safe. After this year, that’s more than I could ever ask for.”

A personal reflection from The Times: On Friday, we told you about our colleague Susan Dominus’s deep dive into one Missouri classroom. That reporting helped her connect with her own teenagers. “As I grieved for them,” she writes, “I grieved for my own children.”

A reader wrote to The Times asking if his daughter could play with unmasked children:

The only other kids in our neighborhood don’t mask or social distance when they ask her to play. When I talked to their parents about Covid precautions, they looked at me like I had three heads and refused. Nothing is more important than our daughter’s safety, but we care about her socialization too. What should we do?

Philip Galanes, who writes about social etiquette, responded: If you can trust them to stay outdoors, “there’s strong evidence that her risk of infection is very low.” That applies to parents everywhere: Outdoors is A-OK.

On a separate note, the pandemic has made it hard to assess whether a teenager is thriving. Here are a few suggestions to check if your kid is doing OK right now.