An analysis shows that teams usually misfire when they ignore analysts and make a surprise pick early in the first round. 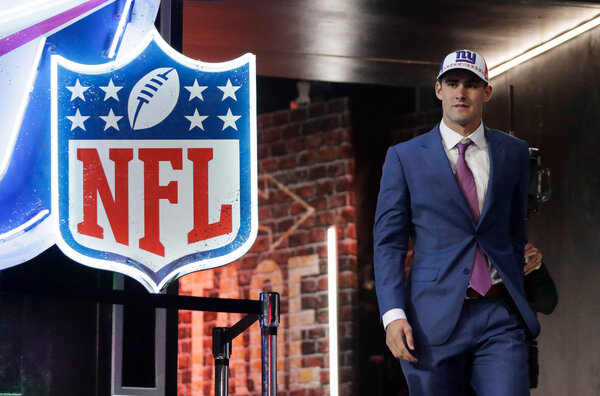 Nate Cohn, The Times’s chief political analyst, was 0-1 as a middle-school quarterback. A native of Seattle, he’s been digging into draft data lately, a fact strongly correlated with Russell Wilson’s recent Seahawks exit.

It’s every N.F.L. fan’s nightmare. After months of anticipation, your team’s first-round pick in the N.F.L. draft (the 2022 edition starts tonight) is deemed a “reach” — a player picked well before where the experts thought he should be selected.

From the draft guru Mel Kiper Jr. on ESPN to the local bloggers on Twitter, everyone seems to think your team blew it. There were at least a dozen better players on the board, they say. The player might have even been around in the next round, they say.

But are they right? It turns out they might be.

In this case, it’s worth taking the pundits and the blowhards seriously, based on an analysis of ESPN predraft grades over nearly 20 years.

The outcomes have not been great for teams using a top draft pick on a reach — defined here as a nonquarterback whom ESPN ranks at least 10 spots lower than the team’s draft slot in the top half of the first round. Overall, these reaches have yielded below-average picks in 17 of 19 cases — or 89 percent of the time — since 2005.

Most Early Round 1 ‘Reaches’ Don’t Pay Off

Only two of 19 top N.F.L. picks drafted well below their ESPN ranking since 2005 have had careers matching expectations of their draft status.