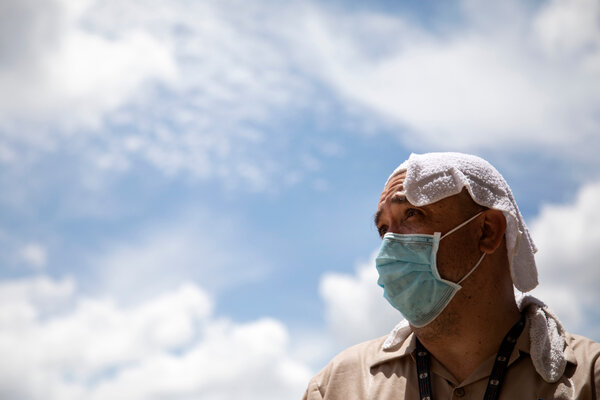 PHOENIX — Anne Morollo thought she could escape brutal summers by moving from Florida to the foothills of the Rockies three years ago. The stinging air and orange sky of her first wildfire shattered that illusion.

She moved back to the South five months ago, and these days, all she does is stay home, avoid the front seat of her broiling Volvo, and sink into air-conditioned isolation. “I always thought I could wriggle my way around this,” said Ms. Morollo, 57, who now lives in Savannah, Ga. “But what can I do?”

Call it surrendering to summer.

As much of the country sweats through a string of record-setting heat waves — it’s the hottest summer ever in some Texas cities, parts of Oklahoma haven’t been this hot since the Dust Bowl, and places in the normally temperate Pacific Northwest are seeing triple-digit temperatures — people are beginning to refashion their lives simply to survive the ultramarathon of misery that now defines the white-hot American summer.

Some are turning nocturnal, venturing out for jogs or dog walks before the sun rises or long after it sets. Some keep their curtains closed at all hours of the day, or head out into the steamy world with a frozen water bottle. A florist in New Jersey threads silk flowers into outdoor arrangements, because natural lilies wither in the sun. People with limited incomes are cutting back on other essentials so they can keep the air-conditioner running.

This summer feels especially intolerable because every escape from the heat comes with a catch.

Want a road trip to the mountains? Average gas prices might be coming down, but they’re still about $4.30 a gallon, a dollar higher than last summer. Want to fly somewhere cooler? Europe just wilted under a record-setting heat wave, Asia is no better, and air travel is a snarled nightmare of canceled flights and delays.

Daniel Hyde, 24, a financial associate in New York, scrapped his plans to play basketball at a park as record-breaking temperatures pummeled the Northeast last week, and went instead to a community center’s fan-cooled basement.

“The effect of the sun beaming on you outside is extremely dangerous,” he said. “It’s better here. They’ve got bottled water.”

Week after week this summer, the heat has broken records from Boston to Texas to Alaska. Seattle and Portland, Ore. — not exactly hot spots — both set new daily temperature records on Tuesday, hitting 102 in Portland and 94 in Seattle. Portland was forecast to top 100 again on Thursday.

Where Thursday’s Forecast Temperatures Are Warmer Than Normal