Companies may have lost their showroom hub, but low rents in Midtown, caused by the pandemic, allowed many of them to relocate. 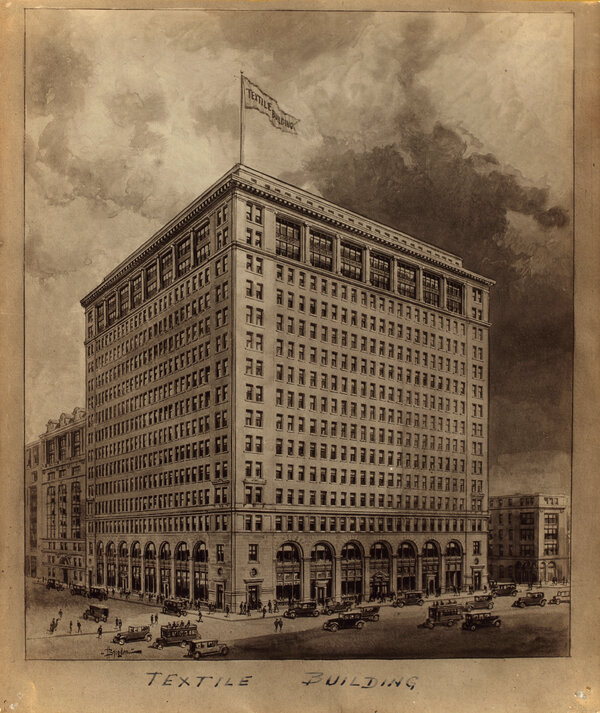 In 1992, Arthur Tauber hauled 26 buckets of sand into his showroom at the Textile Building to promote a new collection of beach towels. Another time, his company set up a big, clattering factory-style sewing machine in the lobby, so visitors could watch it embroider multiple towels simultaneously.

Then there was the time Mr. Tauber, whose wife had come up with the name of his company, Avanti, parked a 1963 Avanti sports coupe in front of the building, a gigantic teddy bear in the driver’s seat. “We had a lot of fun,” said Mr. Tauber, 85, the company’s founder.

For much of the 20th century, the Textile Building, at 295 Fifth Avenue between East 30th and 31st Streets, was the address of choice for makers of sheets, towels and rugs. Erected a century ago to be the center of the home textiles industry in the United States, it still has the shiny gold loom logo over the entrance to prove it.

Buyers from stores all over the country would flock there to see the new collections twice a year, doing a showroom crawl by day and being wined, dined and treated to Broadway shows by night. “It was like old home week,” Mr. Tauber said. He and others would outdo themselves to grab buyers’ attention.

The 17-story building had a buyer’s lounge on the first floor and a barbershop on the mezzanine. Everyone knew Ray, the doorman. The building had the buzz of a small town whose residents were all in the same line of work.

But these days, the tenant floors stand empty; the competitive, chatty energy and showroom crawls reduced to memories.

In 2019, the Textile Building was sold, and the new owners swooped in with plans to convert the place to industrial-chic offices charging double the rents. The era of schmoozing between floors — of sampling the softest towels and sturdiest rugs in the industry within the same building — was over, and the resident textile makers were stunned.

“You mean this icon of a building, this mainstay, is going to go, just like that?” said Moshe Abehsera, the chief commercial officer for London Luxury, a bed and bath company that had been there for 15 years. “It was like, we don’t care, we’re going to develop this huge, beautiful thing and make a lot of money and all of you just go figure it out.”

This is, of course, not the first time a business destination in New York has been displaced. And 295 Fifth is certainly not the only historic building to be overhauled for the likes of tech companies partial to exposed steel columns and mottled concrete floors. But it is rare for practically an entire industry to be uprooted.

According to Savills, a real estate brokerage firm, 78 businesses were displaced from the Textile Building. More than 30 of them have relocated within a dozen blocks of the historic showroom hub.