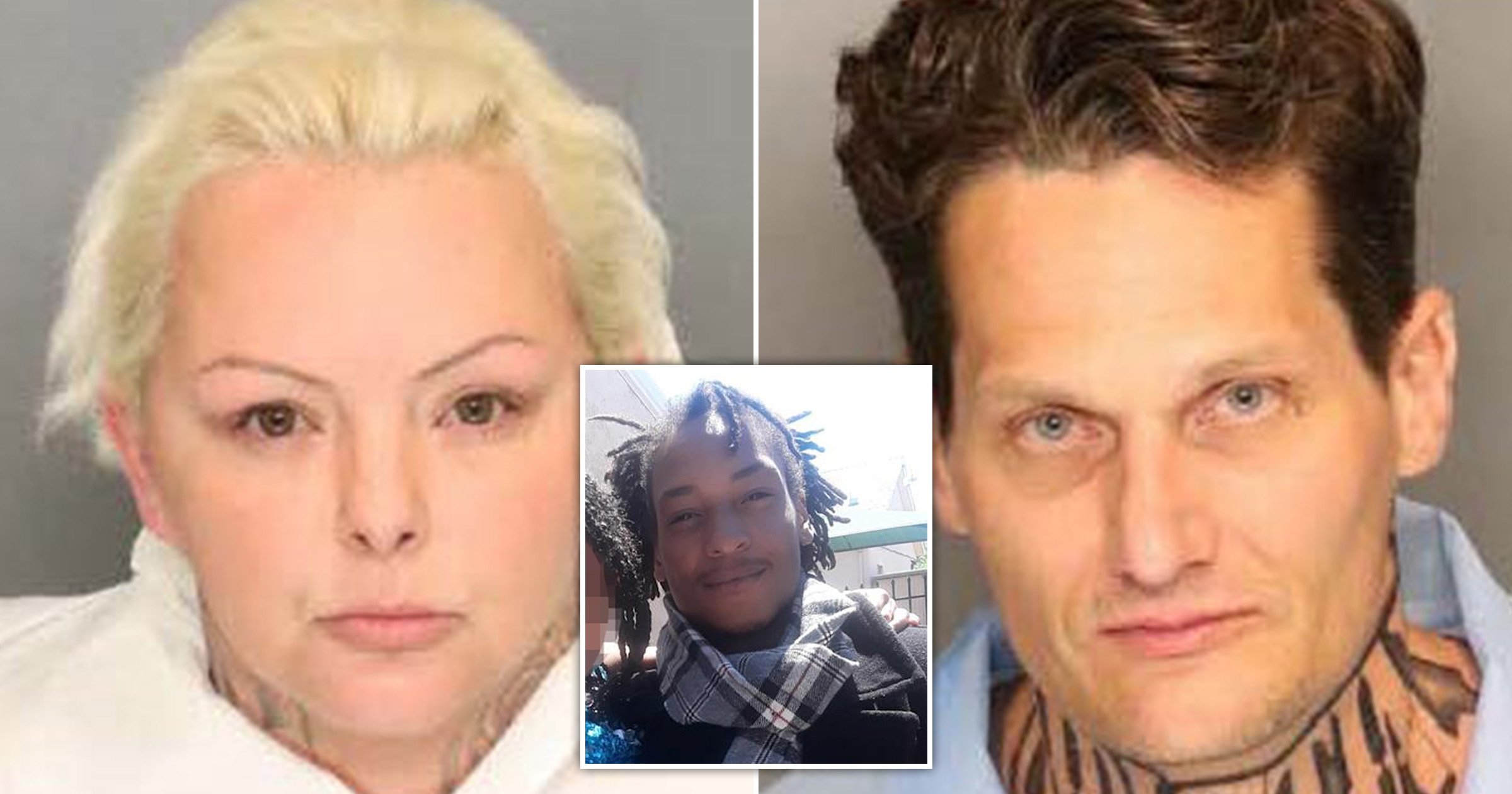 A white California couple accused of shooting and stabbing a Black Navy veteran to death at a gas station have been charged with murder as a hate crime.

Maurice Peoples, a 30-year-old father of two who served in the US Navy was fatally stabbed and shot because of his race, police said.

He was attacked at a gas station in Tracy, California, about 60 miles east of San Francisco by Christine Garner, 42, and Jeremy Jones, 49. The couple were arrested and charged with murder the day after Peoples’ March 15 death.

Photos released by the San Joaquin County prosecutor’s office show what appear to be white supremacist tattoos on Jones’ body. Because of the couple’s tattoos, investigators were able to gather enough evidence that the murder was a hate crime.

Spanning the length of Jones’ arms are tattoos reading: ‘WHITE’ and ‘PRIDE.’ He also has a tattoo of a skeleton hovering over a swastika.

Following an investigation, San Joaquin County District Attorney Tori Verber Salazar also discovered the couple had shown support in the past for white supremacist groups like the Skinheads, the Aryan Brotherhood and Nazis.

Jones’ Facebook accounts also feature homages to Norse mythology, poetry and imagery that are often appropriated and utilized by white supremacist groups. Facebook also showed that Jones and Garner are in a relationship.

Maurice Peoples called his slain son ‘a remarkable person,’ in an interview with CBS San Francisco.

His father and other members of his family attended a press conference covering the senseless slaying. The 30-year-old was reportedly working two jobs with the hope of buying a house.

‘It’s going to always hurt. I wouldn’t wish this on my worst enemy,’ Maurice said. ‘It’s going to be a long hard trial and tribulation in my heart.’

Peoples’ aunt, Berniece Bass, spoke passionately at the conference about the hate crime.

‘It doesn’t make a difference what color you are. Some are black, some are brown, some are light skinned….we have all colors but we know the human race is the number one color we need to be fighting for,’ Bass said.

A complaint filed on march 18 alleges Garner of shooting Peoples and Jones of stabbing him. Tracy Police determined in the early stages of their investigation that Peoples did nothing to provoke the fatal attack, describing it as a ‘senseless act of violence.’

A third person, Christopher Dimenco, 58, was charged with accessory to murder for allegedly helping Garner and Jones ‘avoid or escape’ arrest.

Garner and Jones are being held in jail pending an arraignment hearing scheduled for April 4.