A fierce political battle is taking place in the US over a potential vote on a nominated replacement for Justice Ruth Bader Ginsburg, in what could shape the country for decades to come.

Liberal icon Justice Ginsburg had sat on the Supreme Court since 1993 until her death last week due to complications from pancreatic cancer. 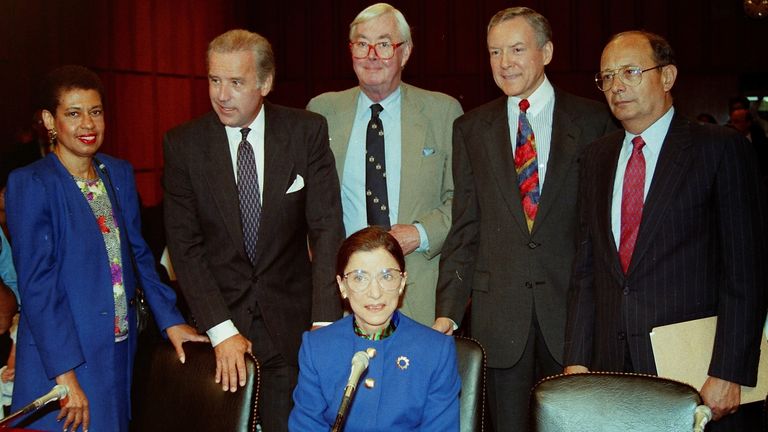 Donald Trump has insisted the Republican Party should replace Justice Ginsburg – but the Democratic presidential candidate Joe Biden has urged Republicans not to vote on any nominee ahead of the November election.

Who was Justice Ginsburg?

Born in March 1933 in Brooklyn, Justice Ginsburg became a heroine to the American left after overcoming entrenched sexism in the legal profession to ascend to the US Supreme Court, where she championed gender equality and other liberal causes during 27 years on the bench.

She was a fierce advocate for women’s rights – winning major gender-discrimination cases before the Supreme Court – before being appointed to the top US judicial body by Democratic president Bill Clinton in 1993.

Justice Ginsburg was only the second woman to sit on the highest court in the country and delivered landmark laws on abortion, women’s rights, same-sex marriage, immigration and health care. She died aged 87.

What does her death mean for the Supreme Court?

Justice Ginsburg leaves a vacancy that Mr Trump and the slim Republican majority in the Senate want to quickly fill, despite November’s looming election.

If a successor is appointed by the Republicans, it would almost certainly push the court, which had a 5-4 conservative majority, further to the right.

Such a move would cement a 6-3 advantage and would likely influence American law and life for decades to come. How will the Supreme Court vacancy be filled?

Mr Trump still has plenty of time to appoint a justice, a power he enjoys for the duration of his presidency.

The president’s term runs until 20 January 2021. Once he nominates a justice, the Senate Judiciary Committee vets the nominee and holds hearings.

The nominee testifies and would answer questions from Senators about their career and qualifications. They would also be asked about their views on a series of social and political issues, such as abortion.

The nomination then moves to the full Senate, where a simple majority of the 100 senators must vote to confirm.

The Republicans currently have a 53-47 majority in the Senate. Historically, the average number of days from nomination to a final senate vote is around 70 days, according to the Congressional Research Service.

If Republicans lose their majority on 3 November, they would have to confirm the nominee by 3 January when the Senate’s current session ends. 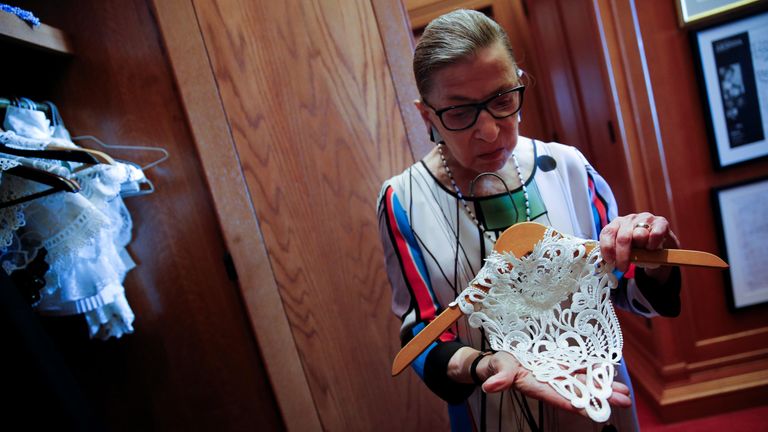 The controversy of an election year

He said a Supreme Court nomination should not be taken up during an election year – despite Mr Obama’s term having nearly another year to run. It was the first time a Senate leader had taken such action.

In a move widely credited for mobilising his supporters before the 2016 election, Mr Trump then released a list of names from which he would choose any potential candidates for the Supreme Court.

Last week, Mr McConnell said Mr Trump’s nominee to fill the vacancy would receive a vote on the floor of the Senate – despite early voting for the 3 November election having already started.

Could existing American laws, including on abortion, be under threat?

If Mr Trump and the Republicans are able to get their nomination through, it could lead to the ruling being overturned or changed.

There are also fears among liberals that other laws championed by Justice Ginsburg could come under threat. 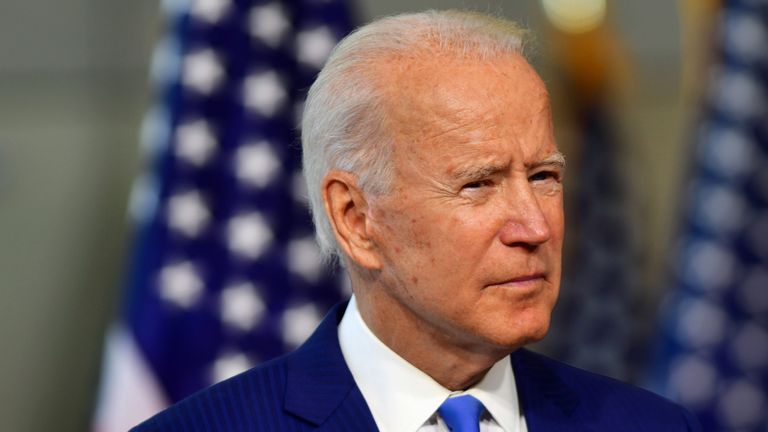 What is being said about the possibility of a Trump nomination before the election?

Mr Biden said: “Voters of this country should be heard. They’re the ones who this constitution envisions should decide who has the power to make this appointment. To jam this nomination through the Senate is just an exercise of raw political power.”

Republican senators Lisa Murkowski and Susan Collins have said they do not support Mr Trump’s plan to move fast on filling the seat.

A poll for Reuters/Ipsos showed that 62% of Americans thought the winner of the November election should get to nominate a justice to fill the vacancy.