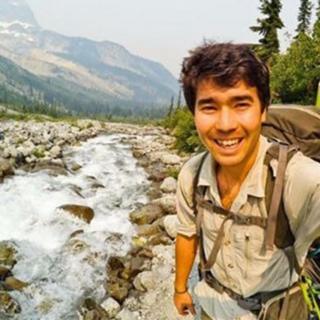 The US man killed by a remote tribe on India’s Andaman and Nicobar islands this week reportedly wanted to be an explorer.

John Allen Chau was shot with bows and arrows as he landed on North Sentinel island, which is forbidden to outsiders, say local fishermen.

According to local officials, the 27-year-old was a Christian missionary.

But on social media and in an interview attributed to him, Chau presented himself as an adventurer.

“I love to explore,” he told the Outbound Collective four years ago.

“So whether it’s trekking through dense old growth forests near the Chilliwack River [on the US-Canada border], finding a rumoured waterfall in the jungles of the Andamans, or just wandering around a city to get a feel for the vibes, I’m an explorer at heart.”

According to reports, Chau was killed by Sentinelese tribal people after he bribed fishermen to take him to the island illegally.

“Police said Chau had previously visited North Sentinel island about four or five times with the help of local fishermen,” journalist Subir Bhaumik, who has been covering the islands for years, told BBC Hindi.

Andaman Director of the General Police Dependra Pathak told the News Minute, an Indian news website, he was told that Chau lived in the US state of Alabama and was “some kind of paramedic”.

“People thought he is a missionary because he had mentioned his position on God and that he was a believer on social media or somewhere online. But in a strict sense, he was not a missionary.

“He was an adventurer. His intention was to meet the aborigines.”

Officials say the islanders have lived in isolation for nearly 60,000 years and therefore have no immunities to common illnesses such as the flu and measles.

Advocacy group Survival International said that by contacting the community, Chau may have passed along pathogens that have the “potential to wipeout the entire tribe” of about 50 to 150 people.

Police had earlier said he had set out with hired fishermen under cover of darkness and paddled a kayak ashore before he was killed.

He had reportedly brought gifts for the islanders, including a small soccer ball, fishing line and scissors.

On Instagram, a user with the name @johnachau describes himself as “a snakebite survivor” and wilderness medic who is “following the way”.

In the 2014 interview with Outbound Collective, he said he was living in Vancouver working as a soccer coach and had been inspired to travel at an early age.

“My brother and I [used] to paint our faces with wild blackberry juice and tramp through our backyard with bows and spears we created from sticks,” he said.

“Since then, the outdoors have been my home.”

He said he was inspired by the Victorian explorer and missionary David Livingston and Jesus.

Chau told the publication his next goal was returning to the Andaman and Nicobar Islands.

“There so much to see and do there!”

On Instagram, a friend said Chau had been “martyred”.

Our dear friend John was martyred on the Andaman Islands, killed by bow and arrow. Still can’t believe you were taken. It’s a comfort to know you’re with the Lord, but we’ll miss you ?

Our dear friend John was martyred on the Andaman Islands, killed by bow and arrow. Still can’t believe you were taken. It’s a comfort to know you’re with the Lord, but we’ll miss you ?

In recent posts on Instagram, he mentioned travelling to Diglipur, the largest town in the Andamans.

He posted a photo of a tropical waterfall, and commented that it was full of leeches.

Describing the beautiful scene, he used the hashtag “#solideogloria” which is Latin for “glory to God alone”.