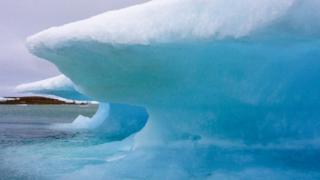 Canada’s election watchdog has warned environmentalists that saying climate change is real could break the law.

The issue arose because one party running in October’s election denies climate change is a threat.

That has led Elections Canada to warn groups that running paid advertisements about climate change could be considered partisan activity.

Advocates called the guidance “ludicrous” and say it will dampen urgent climate discussions.

The UN has called for decisive political action by 2020 to put an end to climate change.

“The guidance is extremely troubling,” Stephen Cornish, the CEO of the David Suzuki Foundation, an environmental charity, told the BBC.

“We would have to bury the scientific consensus around climate change when we should be ramping up our activities.”

What are the rules?

Canada has strict regulations on partisan advertising during the election period, whether they be from candidates, parties or third-party organisations.

Individuals or organisations that take out “issue” advertisements that cost C$500 ($375, £309) or more during the election period have to register with Elections Canada as a third party.

“Issue” advertisements are paid media campaigns that take positions on issues related to parties’ platforms but do not explicitly address a particular candidate or party.

The election period will begin when the writ is dropped sometime in September, before Canadians head to the polls on 21 October.

Why is climate change a partisan issue?

Keith Brooks, programme director for advocacy group Environmental Defence, says Elections Canada told him that because one candidate denies that climate change is an issue, any ad urging action on climate change, or calling climate change an emergency, could be considered partisan.

Maxime Bernier, the leader of the People’s Party of Canada, has said numerous times that he does not believe climate change is a crisis.

“There is no climate change urgency in this country,” Mr Bernier said in June.

Mr Bernier split from the Conservative Party of Canada last year to create the People’s Party.

The party’s platform states that “it is an undisputed fact that the world’s climate has always changed and will continue to change”.

Libs can only sell their carbon tax if they lie.

CO2 is NOT pollution. It’s what comes out of your mouth when you breathe and what nourishes plants. https://t.co/4O9Q1lA08O

What do environmental groups say?

Mr Cornish says it is “absolutely ludicrous” that charities are barred from advocacy work on climate change during the election just because one of the party’s platforms denies it is an issue.

“We’re talking here about someone’s opinion overruling scientific consensus around the need to adapt to climate change,” he said.

A spokesperson for Elections Canada told the BBC there is no way of knowing if climate change will be an issue until the election officially begins, but that the law does not care whether the position taken by a candidate is correct or not.

“The validity of the position does not matter,” explained Elections Canada spokesperson Natasha Gauthier.

If an environmental group decides to register, it could threaten their charitable status, since tax-exempt non-profits are not supposed to engage in partisan activity.

As a result, both Environmental Defence and the David Suzuki Foundation say they will have to avoid taking out any climate change ads during the election, but that the rules will not stop them advocating for action on their own platforms.

“It’s a constraint on us,” Mr Brooks, with Environmental Defence, said.

“But it’s not going to completely silence us.”