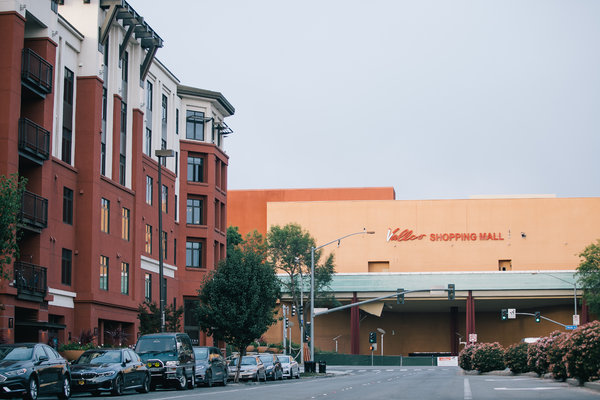 (If you don’t already get California Today delivered to your inbox, here’s the sign-up.)

Today’s introduction comes from our colleague Conor Dougherty, an economics reporter who often writes about housing issues in the Bay Area:

Over the past few months, Google, Facebook and Apple have pledged to invest a total of $4.5 billion in land and loans toward stimulating the production of affordable housing in California. Our article looks at how those efforts, laudable as they are, won’t amount to much unless the state enacts land-use reforms that make it easier and cheaper to build.

The piece goes through the math of California’s housing shortage — and the comical sums of money it would take to fix it. In comments on the article and on Twitter, a number of readers were shocked by one statistic in particular: It costs about $450,000 a unit to build subsidized affordable housing in California, according to the Terner Center for Housing Innovation at U.C. Berkeley. That’s higher than any state, and while the precise numbers differ, the Government Accountability Office has also called out California for having exceptionally high subsidized housing costs.

Mind you, that’s not the cost of building a single-family home in a coastal city. It’s the average cost of building a subsidized unit — a modest-sized apartment with bargain finishings in a four- to five-story building — across the state. And that’s actually a lowball figure: In expensive and housing-starved cities like San Francisco, the price tag for a single unit of affordable housing is heading toward $1 million.

Not that this is all the fault of policy. Construction is one of the least productive industries, and despite all that’s happened with robots and computers, the building sector is about as efficient today as it was 50 years ago. To combat this, a number of developers are trying — with mixed success — to build modular housing that can be stacked like Legos, figuring that if they can move a large chunk of the construction process indoors to an assembly line, they can drastically lower the cost.

You can’t talk about costs without getting into politics. Environmental rules, union wages, fees that help fund schools: These are the sorts of priorities that any attempt to reduce construction costs will run into. But it’s a conversation that has to happen, regardless of what side of the political aisle you’re on.

We often link to sites that limit access for nonsubscribers. We appreciate your reading Times coverage, but we also encourage you to support local news if you can.

The outcomes of the razor-thin races for San Francisco district attorney and a district supervisor hinge on 68,000 uncounted ballots. [San Francisco Chronicle]

The Democratic National Committee said it would no longer hold its December debate at U.C.L.A. The move is in support of a union boycott stemming from a labor dispute. [HuffPost]

Attorney General Xavier Becerra sued Facebook for documents related to an investigation into the company’s privacy practices. Facebook had previously resisted or ignored requests for records, the state said. [The New York Times]

Airbnb will conduct a comprehensive review of every property listed on its platform, the company’s chief executive announced on Wednesday, less than a week after five people were killed at Halloween party at a rental in Orinda. [The New York Times]

Alphabet, the parent company of Google, is investigating allegations of sexual misconduct and inappropriate relationships by current and former executives as part of its legal defense against shareholder lawsuits. [The New York Times]

LAX has expanded its new pickup lot for ride-share services after long lines and wait times from its new system, which was put in place this week. [The Los Angeles Times]

Today is the one-year anniversary of the Borderline shooting in Thousand Oaks. Survivors are remembering a fallen friend’s legacy with a dance club. [The Los Angeles Times]

Sandra Bullock and Ellen DeGeneres sued pop-up websites over false advertising and the unauthorized use of their names and likenesses to endorse products. The case shines a light on so-called celebrity endorsement theft, which has become a problem for Hollywood in the digital age. [The New York Times]

Two murder suspects who escaped from a Salinas jail were recaptured while trying to re-enter the United States near Tijuana, Mexico. [The New York Times]

Those hemp fields near Arvin? Turns out they were 459 acres of marijuana, worth more than $1 billion, according to the sheriff’s office. [The Bakersfield Californian]

“Why don’t you do something? Why don’t you give back?” The San Francisco socialite and philanthropist Dede Wilsey is a member of one of the nation’s wealthiest families. But she is imploring the Bay Area’s nouveau riche to be more generous: “In a city like this, you’ve got homelessness, AIDS, feces in the streets. It would be nice to give back something.” [The New York Times]

Things were going well for a group of start-up founders — a little too well.

And so they decided to address the issue by going on a dopamine fast: no food, no screens, no music, no exercise, no sex, no work, no talking, no eye contact.

“We’re addicted to dopamine,” said James Sinka, one of the fasters. “And because we’re getting so much of it all the time, we end up just wanting more and more, so activities that used to be pleasurable now aren’t. Frequent stimulation of dopamine gets the brain’s baseline higher.”

A dopamine fast is simple because it is basically a fast of everything, our tech reporter notes. She observed the three fasters, who are part of a growing community of dopamine avoiders in San Francisco.