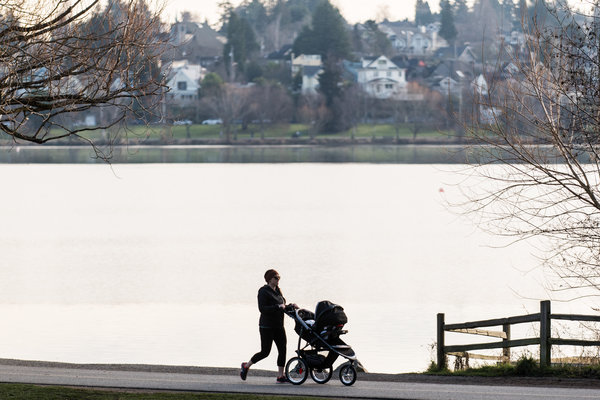 As the United States has debated the issue of paid parental leave, a few employers have stood out by providing very generous terms. One has been the Bill and Melinda Gates Foundation, which in 2015 began offering parents one year of fully paid leave to spend with their babies.

It turns out it was too long to be sustainable. Last week, the foundation told employees it was cutting paid parental leave by half, to six months, because yearlong leaves were impairing the work of the foundation. It will add a $20,000 stipend for new parents to spend on child care costs and family needs when they return to work.

The Gates Foundation’s experience highlights the challenges of devising effective family policies. The United States is the only industrialized country not to offer paid leave, though lawmakers in both parties now support some form of it, as do about 80 percent of Americans. Yet on top of questions about whether it should be mandatory and who should pay for it, there has been little agreement on the right length of time — and whether paid leave alone is enough to help working parents.

International evidence points to some answers. Around six months seems to be the magic number for families to achieve the benefits but to avoid the pitfalls of parental leave. And paid leave is not enough: Financial assistance for child care has a bigger effect on women’s ability to keep working.

Three months or less isn’t necessarily enough time for parents and babies to get the full benefits of physical recovery, bonding and breast-feeding, research has found. Babies often aren’t sleeping through the night by then, and infant child care is most expensive. But leaves of nine months or more can backfire. They’re harder on businesses, and women who take very long leaves are less likely to stay in the labor force, to earn as much or to achieve senior positions, research shows.

Steven Rice, chief human resources officer at the Gates Foundation, said in an interview that the decision to offer six months was based on research suggesting it was optimal. Also, it would be easier for the foundation to handle its workload.

Other employers and policymakers have also settled on roughly six months of leave. It’s the period that Gavin Newsom, the governor of California, has proposed offering in his state. Many tech companies give employees four to six months. Netflix, which allows its employees to take a year of paid parental leave, said new parents generally choose to take between four and eight months.

The United States offers 12 weeks of leave, but it’s unpaid, and only a little over half of employees are eligible. Companies have increasingly begun to offer paid leave voluntarily, but that affects only 16 percent of American workers. There are various leave proposals in Congress, but none have made headway. Child care costs are out of reach for many families — the average cost for an infant in a day care center is $1,230 a month.

Most policy proposals in the United States — in Congress, in state governments and from think tanks — have been for four to 12 weeks. Many of the other countries that offer parental leave give significantly more, in some cases more than a year.

One study looked at the effect of paid leave on employment rates, women’s wages and health outcomes for babies. “The sweet spot was probably six to nine months,” said one of the authors, Christopher J. Ruhm, an economist at the University of Virginia. Longer leaves had a negative effect on women’s careers.

In countries with very long leaves, Francine Blau and Lawrence Kahn at Cornell found, women are more likely to work, but they are also more likely to be in dead-end jobs than women in the United States.

“A possibility is it encourages employers to kind of mommy-track women, to put women into lower-level positions where it won’t be as difficult to the employer to accommodate a long time out,” Ms. Blau said.

Claudia Olivetti at Boston College and Barbara Petrongolo at Queen Mary University of London found little evidence that extended leaves had a positive effect on women’s employment or earnings — but found that subsidized child care and preschool did. “You want to make it easier for mothers to work, and when you talk about paid leave in isolation, the issue is who is going to take care of the baby after, and how much does it cost?” Ms. Olivetti said.

Research on paid leave in California has found that short leaves have a neutral or positive effect on employers, but the effect of long leaves on U.S. employers is unknown. The Gates Foundation serves as an American test case.

A year was too long for several reasons, Mr. Rice said. It was hard for employees to hand off their work for a year. When they returned, the organization had usually changed to the point that re-entry was very time-consuming. And moving people around among the foundation’s 1,600 employees to cover for people on leave left gaps throughout the foundation.

“We’re working hard to manage the balance between how do we make sure we help and support our employees adding to their family, and the impact on running the day-to-day operations of our foundation,” Mr. Rice said.

In the three years that the yearlong leave was offered, 17 percent of employees took advantage, he said. Women were more likely to take it than men, and they also took longer leaves: 77 percent of women took the full year compared with 41 percent of men. Mr. Rice said the foundation analyzed whether it affected the career trajectories of women, who are two-thirds of employees. It did not. The company is adding the $20,000 stipend because child care costs were a concern, he said.

Paid parental leave on its own is not enough to achieve the goals of helping working families and supporting women’s careers, researchers say.

Leave needs to be gender-neutral, they say, and men should be encouraged to take it. The involvement of fathers is important for mothers and babies, and it also helps prevent employment discrimination against women and enables them to return to work sooner.

Parents need support beyond the months immediately following the birth — things like subsidized child care, flexible schedules and sick days that can be used for family members.

Finally, avoiding the pitfalls of taking time off to care for children would require a broader shift in cultural norms, experts say. That’s unlikely to happen until leave-taking is offered to everyone.

Claire Cain Miller writes about gender, families and the future of work for The Upshot. She joined The Times in 2008 and was part of a team that won a Pulitzer Prize in 2018 for public service for reporting on workplace sexual harassment issues. @clairecm • Facebook