WASHINGTON — The graphic was splashy by the Census Bureau’s standards and it showed an unmistakable moment in America’s future: the year 2044, when white Americans were projected to fall below half the population and lose their majority status.

The presentation of the data disturbed Kenneth Prewitt, a former Census Bureau director, who saw it while looking through a government report. The graphic made demographic change look like a zero-sum game that white Americans were losing, he thought, and could provoke a political backlash.

So after the report’s release three years ago, he organized a meeting with Katherine Wallman, at the time the chief statistician for the United States.

“I said ‘I’m really worried about this,’” said Dr. Prewitt, now a professor of public affairs at Columbia University. He added, “Statistics are powerful. They are a description of who we are as a country. If you say majority-minority, that becomes a huge fact in the national discourse.”

In a nation preoccupied by race, the moment when white Americans will make up less than half the country’s population has become an object of fascination.

For white nationalists, it signifies a kind of doomsday clock counting down to the end of racial and cultural dominance. For progressives who seek an end to Republican power, the year points to inevitable political triumph, when they imagine voters of color will rise up and hand victories to the Democratic Party.

But many academics have grown increasingly uneasy with the public fixation. They point to recent research demonstrating the data’s power to shape perceptions. Some are questioning the assumptions the Census Bureau is making about race, and whether projecting the American population even makes sense at a time of rapid demographic change when the categories themselves seem to be shifting.

Jennifer Richeson, a social psychologist at Yale University, spotted the risk immediately. As an analyst of group behavior, she knew that group size was a marker of dominance and that a group getting smaller could feel threatened. At first she thought the topic of a declining white majority was too obvious to study.

But she did, together with a colleague, Maureen Craig, a social psychologist at New York University, and they have been talking about the results ever since. Their findings, first published in 2014, showed that white Americans who were randomly assigned to read about the racial shift were more likely to report negative feelings toward racial minorities than those who were not. They were also more likely to support restrictive immigration policies and to say that whites would likely lose status and face discrimination in the future.

Mary Waters, a sociologist at Harvard University, remembered being stunned when she saw the research.

“It was like, ‘Oh wow, these nerdy projections are scaring the hell out of people,” she said.

Beyond concerns about the data’s repercussions, some researchers are also questioning whether the Census Bureau’s projections provide a true picture. At issue, they say, is whom the government counts as white.

In the Census Bureau’s projections, people of mixed race or ethnicity have been counted mostly as minority, demographers say. This has had the effect of understating the size of the white population, they say, because many Americans with one white parent may identify as white or partly white. On their census forms, Americans can choose more than one race and whether they are of Hispanic origin.

Among Asians and Hispanics, more than a quarter marry outside their race, according to the Pew Research Center. For American-born Asians, the share is nearly double that. It means that mixed-race people may be a small group now — around 7 percent of the population, according to Pew — but will steadily grow. Are those children white? Are they minority? Are they both? What about the grandchildren?

“The question really for us as a society is there are all these people who look white, act white, marry white and live white, so what does white even mean anymore?” Dr. Waters said. “We are in a really interesting time, an indeterminate time, when we are not policing the boundary very strongly.”

The Census Bureau has long produced projections of the American population, but they were rarely the topic of talk shows or newspaper headlines.

Then, in August 2008 at the height of Barack Obama’s campaign for president, the bureau projected that non-Hispanic whites would drop below half the population by 2042, far earlier than expected. (The projections, which change with birth, death and migration rates, have also placed the shift in 2050 and in 2044.) 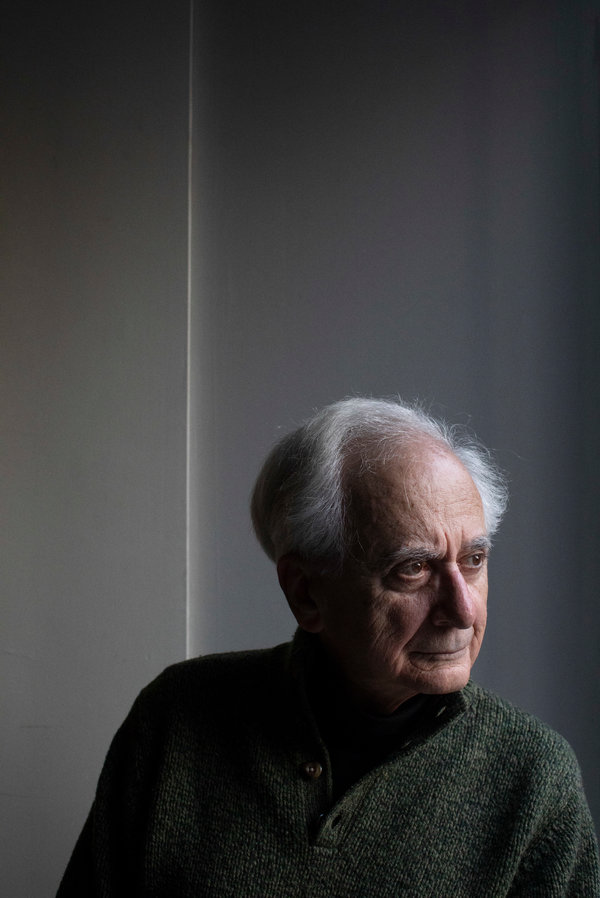 “That’s what really lit the fuse,” said Dowell Myers, a demographer at the University of Southern California, referring to the 2008 projection. “People went crazy.”

It was not just white nationalists worried about losing racial dominance. Dr. Myers watched as progressives, envisioning political power, became enamored with the idea of a coming white minority. He said it was hard to interest them in his work on ways to make the change seem less threatening to fearful white Americans — for instance by emphasizing the good that could come from immigration.

“It was conquest, our day has come,” he said of their reaction. “They wanted to overpower them with numbers. It was demographic destiny.”

Dr. Myers and a colleague later found that presenting the data differently could produce a much less anxious reaction. In work published this spring, they found that the negative effects that came from reading about a white decline were largely erased when the same people read about how the white category was in fact getting bigger by absorbing multiracial young people through intermarriage.

It is unclear exactly when the idea of a majority-minority crossover first appeared, but several experts said it may have surfaced in connection with the 1965 Voting Rights Act.

Ms. Wallman, the chief statistician for the United States from 1992 to 2017, who helped develop the first governmentwide standard for data on race and ethnicity that came into use in the late 1970s, said she did not like having to categorize by race, but that the government had to for oversight.

Race is difficult to count because, unlike income or employment, it is a social category that shifts with changes in culture, immigration, and ideas about genetics. So who counts as white has changed over time. In the 1910s and 1920s, the last time immigrants were such a large share of the American population, there were furious arguments over how to categorize newcomers from Europe.

But eventually, the immigrants from eastern and southern Europe came to be considered white.

That is because race is about power, not biology, said Charles King, a political science professor at Georgetown University.

“The closer you get to social power, the closer you get to whiteness,” said Dr. King, author of a coming book on Franz Boas, the early 20th-century anthropologist who argued against theories of racial difference. The one group that was never allowed to cross the line into whiteness was African-Americans, he said — the long-term legacy of slavery.

To Richard Alba, a sociologist at the City University of New York, the Census Bureau’s projections seemed stuck in an outdated classification system. The bureau assigns a nonwhite label to most people who are reported as having both white and minority ancestry, he said. He likened this to the one-drop rule, a 19th-century system of racial classification in which having even one African ancestor meant you were black.

“The census data is distorting the on-the-ground realities of ethnicity and race,” Dr. Alba said. “There might never be a majority-minority society; it’s unclear.”

Asked for a response to Dr. Alba’s critique, a Census Bureau spokesman said in an email that “we constantly consult with stakeholders, and scholars, including Richard Alba and other federal agencies to improve our techniques, methodologies, and testing of population projections.”

William Frey, a demographer at the Brookings Institution, argued that the Census Bureau was doing the best that it could at a time when society was changing quickly. He was skeptical that today’s Asians and Hispanics were analogous to the white ethnic Americans of the 20th century, and believed that a less conservative count would not do much to change the bigger picture. Besides, it is not the job of academics to protect people from demographic change, he said.

“Irrespective of the year, or the turning point, the message needs to come out about what the actual facts are,” Mr. Frey said. “We are becoming a much more racially diverse society among our young generation.”

Others say they are not sugarcoating statistics, but showing that the numbers have many interpretations, and that white-versus-everyone-else is only one. It not only reduces the American patchwork to a crude, divisive political formula, they say, but perhaps more important — with the categories in flux — it might not even be true.

The Census Bureau released new projections this year in March filled with data about the country’s future. In the coming decades, adults 65 and older will outnumber children for the first time in the country’s history. The share of mixed-race children is set to double.

But there was no mention of a year when white Americans would fall below half the population.

When asked about the change, a spokesman for the Bureau said: “It was just us getting back to sticking to data.”