Wildfires in Arizona, Nebraska and New Mexico have left at least one person dead and destroyed hundreds of structures. 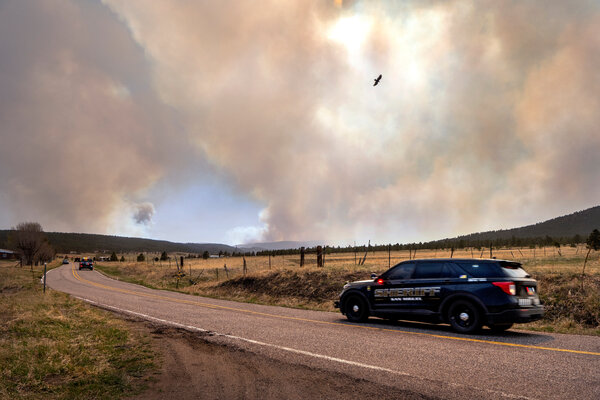 Wildfires that continue to blaze across Arizona, Nebraska, New Mexico and Texas have been blamed for at least one death, the scorching of more than 130,000 acres and the evacuations of about 4,000 homes, officials said.

The fires are part of what has been an early and active season across the country, as fires have also plagued California, Colorado and Texas.

Corey Mead, a National Weather Service forecaster, said that Nebraska had seen “above normal” activity during its current fire season, and the governor of New Mexico, Michelle Lujan Grisham, said that the fires had come well before the beginning of the state’s wildfire season. “It’s going to be a tough summer,” she said.

Wildfires are increasing in size and intensity in the United States, and wildfire seasons are growing longer. Research has suggested that heat and dryness associated with global warming are major reasons for the increase in bigger and more powerful fires.

In New Mexico, Ms. Lujan Grisham said at a news conference on Saturday that the largest threat in her state was the Calf Canyon fire, east of Santa Fe, which put more than 900 homes at risk.