The pandemic has given the famous stretch of Midtown, long a hub and destination for all things jewelry, its share of troubles. 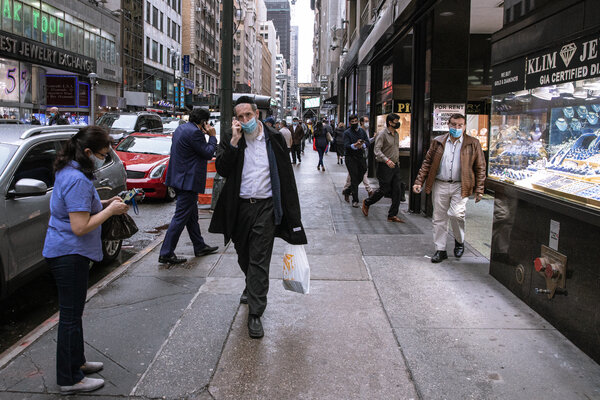 In Manhattan’s diamond district, Mascha Seiden is known as the queen of 47th Street, at least the stretch of it between Fifth Avenue and Avenue of the Americas. For more than 50 years, she has been inspecting pieces of jewelry and chatting with customers from behind the counter of her store, Paul Seiden Jewelers. These days, though, fewer customers have been coming in.

Outside the shop, which specializes in diamonds and antique jewelry and has a few sellers under one roof, is a sign that says, “No mask, no entry.” Like most stores in the district, it has a mandatory station where security guards check body temperatures and face coverings.

But even as Ms. Seiden’s shop imposes restrictions on guests, she herself was not wearing a mask last Friday. A colleague who had a mask on explained that Ms. Seiden had been through worse and was not afraid of the virus. Ms. Seiden survived the Holocaust, after all.

The state of the diamond district — a mixture of anxious activity and defiant toughness, masked and unmasked — sums up much of what New York City is going through right now. Not only has Midtown seen tourism and office life evaporate since March, but the district’s stores specialize in items — diamonds, gems, jewelry, watches — that are threatened by the online economy. As for the mask tensions, many shop owners and managers are Orthodox Jews, some of whom live in neighborhoods where mask protocol has not been strict, and as such, have experienced an rise in coronavirus cases.

But also like the rest of the city, the diamond district continues its hustle, despite the health and financial challenges many of its workers face.

Last week, a typical early afternoon on 47th Street saw barkers, many maskless, standing outside shop windows draped in watches, diamond rings and gold chains, soliciting customers. “Are you lost?” one yelled. “You’re supposed to be in here.” Another hollered, “We have beautiful items!” When customers entered their stores, shopkeepers would then put on face shields or pull masks over their noses.

The flurry of activity does a convincing job of glossing over what the 100-year-old district has been through since March. 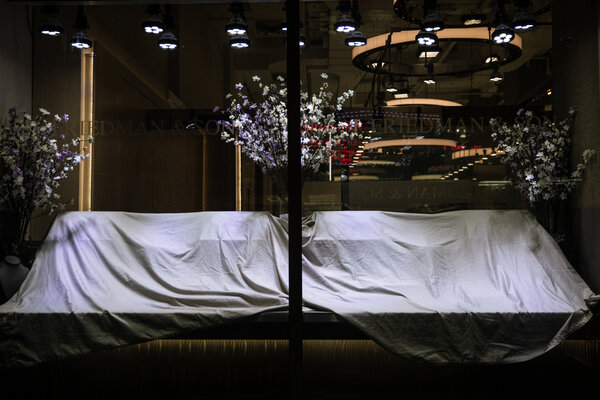 A man in his 30s who runs his father’s watch store, and who insisted he be referred to only by his nickname, David, for privacy and safety concerns, summed up the situation: As nonessential businesses, the diamond district shops shut down this spring. Upon reopening, they soon boarded up again because of worries about violence and looting during the protests against police brutality over the summer. Nearby hotels and Broadway theaters, which bring tourists and therefore business to the district, remain empty.

David then addressed the tensions on the street: “If I walk outside without a mask, which I do sometimes — I just forget — people curse at me. They say, ‘What the hell is wrong?’ and I say, ‘I’m sorry, I forgot,’” he continued. “In general, everything is at a pressure point.”

A further 23,065 people have tested positive for COVID-19 in the UK and another 280 have died, according to the latest government data. This is…

We will use your email address only for sending you newsletters. Please see our Privacy Notice for details of your data protection rights. The Sussexes…

We will use your email address only for sending you newsletters. Please see our Privacy Notice for details of your data protection rights. Monaco is…